Oliver North  |  Jan 25, 2013
The opinions expressed by columnists are their own and do not necessarily represent the views of Townhall.com.
Top Columns
Trending on Townhall Media 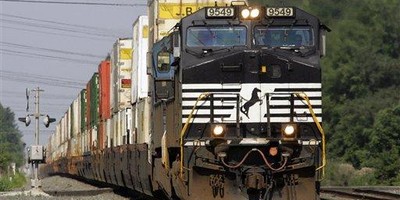 WASHINGTON -- The Obama administration is changing the guard. Minutes after the president retook the oath of office, he formally submitted nominations for his new secretary of state, secretary of defense and CIA director. Two days later, remnants of red, white and blue inaugural bunting, bleachers and security fences were still up at the U.S. Capitol and along Pennsylvania Avenue when Congress came back to "work." Temporary barricades, snow fence, partially disassembled Jumbotrons and hundreds of miles of cables and wires -- the detritus of "the longest inaugural parade in history" -- didn't deter our elected representatives from "investigating" the Sept. 11, 2012, murders of four Americans in Benghazi, Libya, and conducting "hard-hitting, fact-finding" confirmation hearings for the new guardians of our national security.

Print pundits, talking heads and bloggers lined up to explain how members of relevant committees in our House of Representatives -- and even the Democratic-controlled Senate -- would grill Secretary of State Hillary Clinton and finally get to the bottom of what happened in Benghazi. Washington-watchers and other navel gazers predicted that Sen. John Kerry would be tested about his false congressional testimony in 1971, when he accused those of us who served in Vietnam of routinely committing atrocities -- murder, rape, pillage and ravaging South Vietnam "in a fashion reminiscent of Genghis Khan."

Nothing of the sort occurred. The Clinton and Kerry hearings were little more than poorly scripted farce. They produced little in the way of new information -- no plans for making us safer, no fact finding, no apologies and no indication that anyone will be held accountable for incompetence, misfeasance or malfeasance in managing our affairs of state.

After telling the committees that she was responsible for protecting American citizens, diplomats and interests around the world, Clinton sought to mitigate any culpability for what happened last September -- or last week. She explained that we were "woefully unprepared" and "surprised" by the bloody tumult in the Middle East and Africa. "When I was here four years ago, testifying for my confirmation, I don't think anybody thought that Mubarak would be gone (or that) Gadhafi would be gone." She also pointed out how busy she has been -- even before catching the flu, suffering a concussion and having to recover from a blood clot. When asked why she hadn't seen messages warning about deteriorating security in Libya, she pointed out that there simply wasn't enough time to read all the cables from overseas flooding into her Foggy Bottom office. "They are all addressed to me," she said.

Responses such as that beg the question, "Where were you, and what were you doing while Africa and the Middle East were going to hell in a handbasket?" It turns out the answer is in a speech Clinton gave at the Newseum last November. Just weeks after Benghazi, she congratulated herself on being America's most traveled secretary of state -- 112 countries and 956,000 miles. That's a whole lot of Ambien and a Keystone XL pipeline full of jet fuel.

She calls it "shoe-leather diplomacy," and in her Newseum remarks, she stressed the importance of international travel in representing the interests of the American people. In that, she's spot on.

Throughout our history, secretaries of state have traveled overseas to open new markets for American products and expand trade. They have negotiated peace among warring countries, forged alliances of strategic importance and created opportunity for American citizens and U.S. businesses in places that benefit our nation. To illustrate her point, she proudly told the audience that she was the first U.S. secretary of state to visit -- hold on to your seat -- Togo.

No, that's not a typo. Togo. With remarkable bravado, Clinton explained her achievement: "No secretary of state had ever been to Togo before." The crowd applauded.

Some foreign policy experts who've spent their careers studying international affairs might say, "Well, there's a reason for that." Togo is a disease-infested country of 7 million, with no strategic importance to the United States. Well, if that's what you are thinking, you are wrong.

According to Clinton, going to Togo had "a real strategic purpose." Her visit didn't result in new trade agreements or access for U.S. forces contending with an explosion of radical Islam in sub-Saharan Africa. But she pointed out that while she was there, Togo held one of the rotating seats on the U.N. Security Council. And, as our most traveled secretary of state explained, when "you look at the voting dynamics in key international institutions (such as the U.N. Security Council), you start to understand the value of paying attention to these places."

There you have it, a real record of accomplishment. As the New Guard -- Kerry, Chuck Hagel and John Brennan -- assumes the watch in Washington, keep your expectations low. The new crowd undoubtedly will live down to them.