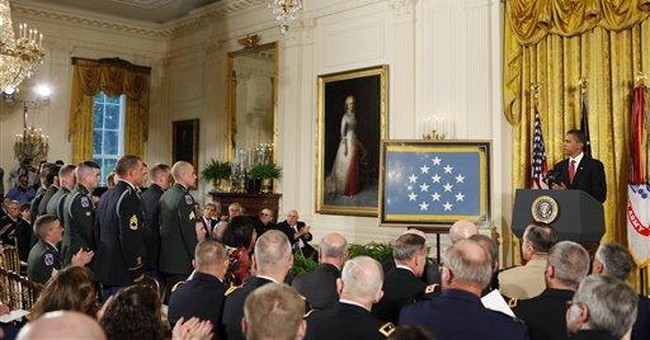 According to colleagues back home, our Fox News team here in Afghanistan has missed all the excitement. They note that since we left the USA last month, Washington has been the scene of the largest peaceful protest in history against a sitting government. We didn't get to see a bold congressman rise during a televised joint session of Congress to accuse the president of the United States of prevaricating. We were unable to witness the outing of White House "green jobs czar" Van Jones or the sudden demise of a corrupt, scandal-ridden, "anti-poverty" organization called ACORN. And because we don't have television or radio or newspapers out here, we also missed Vice President Joe Biden's blitz on Baghdad. All pretty exciting stuff. But I wouldn't trade a single day with the raiders with whom we have been keeping company for any of that.

The "raiders" are an extraordinary cross section of talent, tenacity, experience and courage. In their ranks are U.S. Drug Enforcement Administration special agents, intelligence specialists, linguists, U.S. and coalition special operators, pilots and air crewmen from the Department of Defense and the State Department's Bureau of International Narcotics and Law Enforcement Affairs, contract weapons and tactics experts and some very dedicated, brave and resourceful Afghan police officers. In the past few months, these raiders have become the nemesis of the Taliban, and they have done it all beneath the radar of the mainstream media.

Our Fox News team has spent nearly a month embedded with them on operations that span the length and breadth of this harsh land. By agreement, we do not photograph or videotape most of their faces or identify them by anything but their first names. In our broadcasts, we are not allowed to specify who is or who is not part of a particular military unit. On many of their operations, they use non-U.S. aircraft and rarely employ American military vehicles. Yet thanks to the DEA's unique ability to collect accurate "full-spectrum intelligence," validated by human sources, and exploit that information with rapid, direct action, the raiders' effectiveness in taking on the Taliban is unparalleled. One of the missions we accompanied this week provides a dramatic example.

We launched well before dawn on three Russian Mi-17 helicopters, a surreal experience for me. I had trained for years in the Marines on how to shoot these down. Now I was riding in one, armed with a camera and covering other young men fighting a different enemy.

The birds headed southeast from Jalalabad, escorted by Vietnam-era UH-1 "Huey" gunships to the raid objectives, less than 10 kilometers from the Afghanistan-Pakistan border in mountainous Nangarhar province. At first light, we touched down -- a force of 43 DEA agents, NATO special operators, police officers from Afghanistan's narcotics interdiction and special investigations units and two confidential informants, their heads covered with balaclavas to prevent identification.

The informants led the raid force directly to the first target -- a way station on an opium ratline into Taliban-controlled territory in Pakistan. Walid, a senior SIU investigator, immediately found exactly what he was looking for: precursor chemicals, opium, morphine base and pure heroin. At the site, he told me, "Money from these drugs will never get to the Taliban." He was right; the drugs and chemicals were destroyed with an explosive charge.

Then it was back to the landing zone for a quick flight to the second objective -- a drug-processing lab. The raiders, led by one of the informants, set up a cordon and moved rapidly into the buildings, finding the occupants had fled -- leaving their children behind.

DEA Special Agent Keith Weis, the raid leader and one of the few we are allowed to identify, said intelligence indicated that the site was part of "a significant organization with ties to the Taliban," an allegation substantiated by documents and records seized from the building. The operator of the lab, identified by an informant, was taken into custody, and the drugs and chemicals were wired with explosives by the NATO special operations team.

It was an extraordinary haul. According to Mohammad Hanif Atmar, Afghanistan's deputy interior minister, the six-hour raid destroyed 1,000 kilograms of opium, 300 kilograms of morphine, 30 kilograms of pure heroin and more than 200 kilograms of precursor chemicals and yielded weapons and reams of documents. Estimated street value of the drugs and chemicals in Western Europe or the United States: more than $3 million.

After footage of the raid aired on Fox News Channel, the single greatest inquiry we received wasn't about the drugs, the Taliban or the raiders; it was, "What happened to the little babies who were abandoned at the lab?"

Here's the answer: The DEA informants pointed out the two mothers in the crowd that gathered nearby, and the NIU officers handed the children to them. Both mothers, barely in their teens, are the wives of the lab operator, a 58-year-old man. If he's convicted, it's unlikely the children will ever get to know their father.