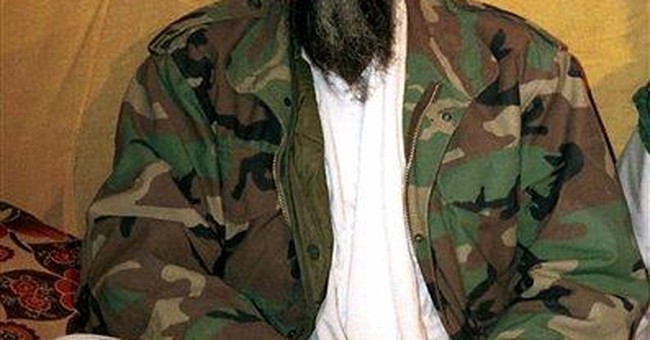 WASHINGTON -- With all the preparations for the biggest, most expensive and most restrictive inaugural celebration in history, this is probably not the time to remind our president-elect of things he said and wrote, promises he made, or commitments he pledged. Perhaps one of his new aides will clip and save this for his perusal later next week.

Candidate Obama repeatedly described Afghanistan as "the central front in the war on terror." Sometimes he included neighboring Pakistan, which he occasionally threatened to attack. After a brief visit to Afghanistan in July 2008, he said that "one of the biggest mistakes we've made strategically" is failing "to finish the job." He used a sports metaphor -- "we took our eye off the ball" -- to accuse his predecessor of being "distracted by Iraq." Then he pledged that if elected, he would "once and for all dismantle al-Qaida and the Taliban." That is what we were told by once-Sen., now President-elect, soon-to-be commander in chief Barack Obama. But that's not what he is saying today.

This week, he announced that despite 61 released detainees returning to commit more atrocities, the Guantanamo Bay detention facility will be closed. He likely will make it official in his inaugural address. He authorized his secretary of state-designate to testify in congressional hearings that he will be "engaging with Iran" soon. Though Obama has given the nod to deploying 30,000 more U.S. troops to Afghanistan, the soon-to-be vice president, standing in Kandahar this week, spoke nothing of victory. Instead, Sen. Biden said just that he is "very interested in what becomes of this region because it affects us all."

All of this demonstrates a frightening naivete about who our adversaries are, what is at stake, and what to do about it. After Tuesday, the ball is in Obama's court -- and in the hands of a new set of advisers, some of whom I have known well for decades. I hope they will be willing to apprise our new chief executive of some hard realities.

First, we're not at war against the Taliban or al-Qaida or Jemaah Islamiyah or Hamas or Hezbollah or any other group, no matter what its trade name is. Our fight is against radical Islam, which declared an unprovoked war against us -- just like the ideological struggle we waged against fascism and communism. The "central front" of this war may be on the Indo-Pakistani border today, but it could be in Somalia next month. It began in the 1980s, when Islamic radicals began blowing themselves up to kill Europeans, pro-Western Muslims, Israelis and Americans. We just didn't fight back until nearly 3,000 of us were killed by Islamic radicals Sept. 11, 2001.

From October 2001 until March 2003, Afghanistan was "the central front." From then until late 2007, the battle was waged primarily in Iraq. The goal -- no matter how poorly articulated -- was to prevent radical Islamists from using Mesopotamia as a haven for acquiring weapons of mass destruction and to fight them "over there" instead of here. It took longer and was more expensive in lives and treasure than anyone wanted, but it worked.

Today the campaign against radical Islam in Iraq is won. In countless battles, young Americans in flak jackets and helmets defeated often-suicidal enemies, built schools and clinics, established civil order, and trained and equipped a new ally in a part of the world where we need friends. Americans became the protectors of Muslim women and assured their right to participate fully in the economic, social and political life of a country. That's a major victory in the fight against radical Islam. Let's hope that at some point in the not-too-distant future, the new commander in chief will acknowledge his predecessor's resolve and thank the soldiers, sailors, airmen, guardsmen and Marines who achieved it.

Instead of expressing "interest" in what happens in the shadow of the Hindu Kush, the new administration needs to realize that failure is not an option. Despite significant cultural and tribal differences between Afghanistan and Iraq, they are equally "winnable" if we do the right things:

--Use the presidential bully pulpit to remind Afghanistan's neighbors that if Taliban/terror bases on their territories are not closed, they will be attacked.

--Commence building paved roads throughout all of Afghanistan's 34 provinces to generate jobs, reduce casualties from IEDs and mines, and show the Afghan people that their government cares about them.

--Stop corruption and illicit drug production from the top down, not the bottom up. Arrest and prosecute the kingpins, and then go for eradication and crop replacement. It worked in Colombia, and it can work in Afghanistan.

--Shut down the NATO-ISAF command structure in Kabul. "Allied" forces that can't or won't fight should be thanked and sent home. Then replicate the effective and successful counterinsurgency strategy Gen. David Petraeus devised for Iraq.

And finally, a solution for relocating the violent enemy combatants in "Gitmo": Pick up the detainees, the guards and support personnel in Cuba, and bring them to the brand-new, as-yet-unoccupied 1,600-bed supermax Thomson Correctional Center in Illinois. They can keep Gov. Blagojevich company.