Ukraine Burns as the West Looks Away 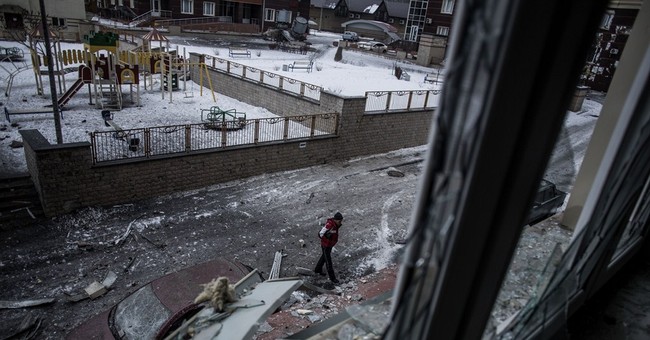 China-North Korea: On 16 January the China Defense News reported that China will use citizen militias to help patrol the border with North Korea. The government said it made the move because the situation is complicated and relying on just one force would make it difficult to achieve effective control. The newspaper also said that the government is "guiding" the establishment of the militia patrols.

Comment: The move appears to be a reaction to the killings of four Chinese citizens in late December by a deserter from the North Korean army. The Chinese acknowledged the incident in the first week of January when they formally protested it to North Korea.

The news accounts lack details about the number of militia groups; their chain of command; whether they will be armed and what authority they will have. This measure would seem to be an overreaction to a single incident. It means there are many more incidents than have received press coverage. Chinese officials blame North Korea for not controlling its side of the border and are determined to seal the Chinese side. The formation of citizen militias implies that border security has deteriorated.

General Mahmood Khan, the deputy commander of the Afghan army's 215 Corps said , "A number of tribal leaders, jihadi commanders and some ulema (religious council members) and other people have contacted me to tell me that Mullah Abdul Rauf had contacted them and invited them to join him."

Amir Mohammad Akundzada, the governor of Nimroz Province adjacent to Helmand, said Rauf was a former Taliban commander - as well as a relative whom he had not seen for two decades.

Comment: Rauf was a Taliban commander in southern Afghanistan. He was captured in 2001 and spent six years in Guantanamo Bay. He was released in 2007. The reports are sketchy, but apparently Rauf has broken with Mullah Omar's leadership. The reports claim that he only recently declared his allegiance to ISIL.

Open sources lack details on the extent of the actual threat posed by Rauf and his followers. Assuming the reports are accurate that Rauf is recruiting in Helmand Province, it is likely that he wants to cut the Taliban out of the drug trade. For that purpose, he would need fighters and local support.

An ISIL group would represent a target for al Qaida fighters, Afghan Taliban groups and Afghan government forces. Recruits are likely to be disgruntled men and youths whom the other groups rejected or expelled.

Ukraine. The Ukrainian military says it has reclaimed almost all of Donetsk airport from separatist rebels after launching what it described as a "massive operation" overnight on Saturday. Military spokesman Andriy Lysenko said the army's operation had returned battle lines near the airport to the previous status quo and thus not violated the 12-point peace plan agreed with Russia and separatist leaders last September in Minsk.

The Russians protested the action as an escalation and called on Ukraine to accept President Putin's latest peace offer.

Comment: The airport is closed and its capture is mostly a psychological victory. It does show that the eastern Ukrainian forces were caught unawares. The fight for the airport almost certainly has not ended.

Muslim protests: A number of Muslim nations experienced significant protests against France and particularly against the latest cover of Charlie Hebdo magazine. Almost all leaders of Muslim states denounced the magazine.

In Niger, a total of ten people died in protests on Friday and Saturday in at least four major cities. Over 3000 people protested in Algiers. Several thousand protested in Jordan. Thousands marched in Karachi where four people were injured. Protests also occurred in Senegal, Mauritania and the Temple Mount in Jerusalem.

Comment: Except for Pakistan, the most violent demonstrations occurred in former French colonies in Africa.

Cameroon: On 18 January, Boko Haram fighters from Nigeria kidnapped up to 80 women and children from two villages near Tourou, officials said. They also burned houses.

Comment: The Boko Haram campaign against Cameroon apparently has begun.

Chad-Cameroon: On 16 January, Cameroon President Paul Biya announced that Chad will send a large contingent of troops to help it fight incursions by Boko Haram. Chad will deploy "an important contingent" of soldiers to Cameroon to fulfill a promise made Thursday to "actively support" its neighbor in the fight against. Boko Haram.

Comment: The Chadians should prove helpful. They have fought in multiple actions against Islamist forces, including in Mali against al-Qaida in the Islamic Maghreb. Assuming they have French and US support, they should make a difference in northern Cameroon.

Nigeria: A suicide bomber killed four people and injured 40 others at a bus station in Potiskum. He drove a car into the station on the outskirts of the town and detonated it.

Comment: Nigerian commentators said that a week ago on Sunday, two female suicide bombers detonated themselves at a market inPotiskum. That attack killed four and injured 40 people. Potiskum is a cattle town and the largest city in Yobe State, which is adjacent to Borno State, whose capital in Maiduguri.

Potiskum has experienced few attacks in the last three years. The last significant attacks occurred in November. Those also were suicide bombings. No Boko Haram kidnapping raids or killing sprees have been reported. The interval between the attacks suggests the local Boko Haram chapter is still developing.

Libya: Libya's internationally recognized government in Tobruk declared a cease-fire in advance of UN-brokered peace talks set to resume in Geneva next week.

Comment: The Tripoli-based regime already announced a truce. Fighting continues because neither side can control the various factional and tribal forces that are engaged. Moreover, not all the relevant factions sent representatives to the recent talks. Libya is beyond repair as a state, but there is a slight chance that the killing can be reduced.