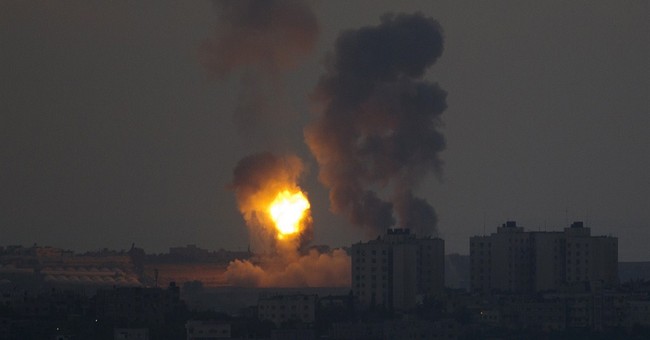 Afghanistan: Today the election commission announced the preliminary results from the run-off election on 14 June. The officials said 8 million people voted, from a pool of 13.5 million registered voters.

The head of the election commission, Nuristani, cautioned that the results are preliminary and do not signify that a party is the winner. He advised against celebrations and warned that the result could change.

He also confirmed that vote rigging occurred. He said, "We cannot ignore the technical problems and fraud during the election process. Some governors and government officials were involved in fraud."

Abdullah's reaction. A spokesman for Dr. Abdullah's National Coalition said the Coalition rejected the preliminary results because they include ballots that the commission knows are fraudulent. Abdullah has filed complaints about fraud occurring at 7,000 of the 23,000 polling places. His spokesman called the results a coup against the voters of Afghanistan.

Comment: The results do not look credible for multiple reasons. The election commission admitted it was surprised by the number of ballots cast in the run-off because the turnout was higher than the commission estimated. In fact, 2 million more votes were cast in the run-off than in the first round. That is a counter-intuitive result that signifies voter fraud.

Ashraf Ghani is the candidate of the Pashtuns and Uzbeks. His vice presidential candidate is the famous Uzbek warlord Abdul Rashid Dostum. In the first election he obtained just over 2 million votes which represented 31.5 % of the ballots. He carried 9 of the 34 provinces, based on Pashtun and Uzbek participation. In some of those nine provinces in the south, fewer than 11,000 people voted. Pashtun voter turnout was low, which is normal for Pashtuns.

Abdullah is the candidate of the north, including Tajiks, Hazaras, Panjshiris and smaller tribes. He polled 2.9 million votes, or 45% of the total ballots. He carried 15 provinces, most by a wide margin over Ghani.

For the preliminary results to be accurate, a sea change had to occur, not just in voter attitudes, but in the tribal composition of Afghanistan and in its political culture between April and June. Ghani more than doubled his vote in the run-off, but Abdullah increased by only 17%.

The percentage of votes for Abdullah actually declined. That implies that large numbers of non-Pashtuns switched to vote for a Pashtun or that Pashtuns in unprecedented numbers voted in the run-off but not in the primary election.

Tribal politics do not work that way in Afghanistan for two reasons. Non-Pashtuns disdain Pashtuns for having supported the Taliban, most of whose leaders are Pashtuns. Non-Pashtuns form the majority of the population and they don't vote for Pashtuns. President Karzai has beenan exception because he was the US' man.

Secondly, Pashtuns don't vote. In the primary election, about 750,000 votes were cast in the 13 predominately Pashtun provinces. That is a little over ten percent of the votes cast, but Pashtuns constitute between 40% and 45% of the total population.

To achieve the results announced today, a half million more people voted for Abdullah, but nearly 2.5 million more voted for Ghani. The numbers for Ghani make no sense without ballot box stuffing.

Abdullah apparently knew the election was being stolen, which is why he started decrying voter fraud almost immediately in mid-June. The danger is that this could lead eventually to a renewal of civil war.

One of the Taliban victory scenarios is to take control of Afghanistan through democratic elections. Pashtuns have almost always governed in Kabul and they intend to do so again. Violence seems unavoidable.

Iraq: Iraqi Deputies again have delayed tomorrow's session in which they were supposed to elect a new leadership. That session has been postponed for a month.

Comment: The Deputies have ignored appeals by Grand Ayatollah Ali Sistani for unity in quickly forming the government. One interpretation is that they judge the Sunni threat not so urgent as to require hasty decisions that the deputies might regret later.

On the other hand, the foot dragging in parliament means that they have agreed that al-Maliki and his team should continue to handle and be responsible for the security situation. That does not mean he will get his coveted third term as prime minister, necessarily. It means he gets more time to fix the mess he helped create.

Israel: Yesterday the armed wing of Hamas claimed responsibility for firing a barrage of at least 100 rockets at 12 towns in southern and west-central Israel. They threatened to fire longer range rockets into Israel unless the Israeli air attacks stop.

Israeli newspapers online carry maps showing the towns that were hit. Rocket sirens sounded in the Jerusalem areas of Mevasseret, Beit Shemesh and Abu Ghosh, and in the central Israeli cities of Rehovot, Nes Tziona and Yavne for the first time since the rocket attacks resumed. Sirens also went off Ashdod, Ashkelon, Kiryat Gat, Kiryat Malakhi, Netivot and Ofakim. All received rocket fire, but only one person was injured, according to official sources.

Israel issued orders to call up 1,500 reserve soldiers to be sent to the Gaza Strip border. Israeli air strikes continued against targets in the Gaza Strip. Violent demonstrations continued for the sixth day.

Late on 7 July, the Israeli security cabinet approved escalation of "Operation Protective Edge." The government also declared a state of emergency in towns in southenr Israel.

Kenya: Update. The Somali terrorist group al-Shaba'ab claimed responsibility for the attacks in Kenya on Saturday night. Nevertheless, the government of President Kenyatta continues to blame tribal politics for the murders, as he did for those last month.