ISIL Calls on All Muslims to Swear Allegiance 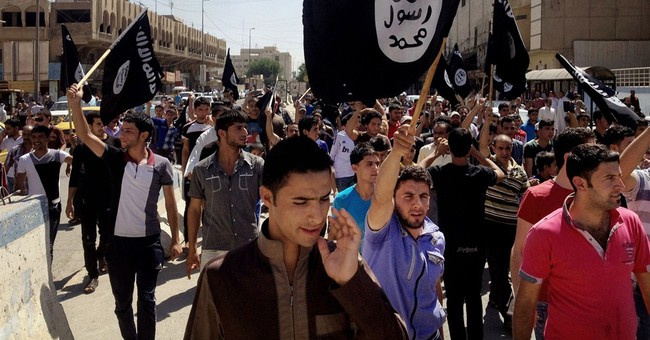 The Korean Central News Agency (KCNA) announced that the test was successful, owing to the tactical guidance that Kim Jong Un provided.

Comment: This was the second missile firing in a week. North Korea tested SCUDs last in March.

South Korean analysts say the latest launch was a "military demonstration" aimed at drawing the attention of the international community to the visit this Thursday of Chinese President Xi Jinping. The point of the firing, evidently, was to remind nations once again that the security situation is dangerous.

The irony is that the North is saber-rattling just after it went to pains to invite foreign tourists to the resorts at Wonsan. Kim Jong Un and his acolytes seem incapable of crafting a coherent set of messages for foreign audiences.

Afghanistan: The election crisis worsened over the weekend. Presidential candidate Dr. Abdullah said he would not be responsible for a post-election crisis if the polls were not cleansed. He also said that there is a rumor that 1.5 million ballots are fraudulent. He demanded those ballots be removed from the count. He complained that the election commission has done nothing to cleanse the votes.

The election commission said it was willing to delay announcing preliminary election results for a few days, provided a solution to the election crisis was found.

Sangin. During this Watch, Pakistani press reported the Taliban still control two parts of Sangin District in Helmand Province in southern Afghanistan, after ten days of fighting. The Afghan army is committing more troops to the operation.

The Caliphate. ISIL declared the restoration of the Caliphate, an Islamic State that includes all the territories ISIL has conquered. It called on all Muslims to pledge their allegiance. ISIL leader al-Baghdadi declared himself Caliph Ibrahim.

Comment: The Caliph is supposed to be the legitimate successor to Mohammed. There are many who would claim this title. This declaration will be challenged on theological, ideological, military and genealogical grounds.

This is a potential break for the Iraqi and Syrian forces because it adds another basis for internal fighting among the Islamists. It will force Sunni Arab tribal leaders to rethink their strategy for controlling ISIL and to choose sides.

Iraq-Russia: The Media Advisor of the Ministry of Defense, Lieutenant General Mohammed al-Askari, confirmed the arrival of Russian Sukhoi-25 attack jets in Iraq. Iraqi TV published video of some aircraft as crews removed them from the transport aircraft.

A member of the Parliamentary Committee of Security and Defense for the State of Law said the first delivery consists of 10 aircraft. He said that the fighters will enter into service during the next few days, led by Iraqi pilots. He pointed out that" importing such fighters from Russia came after guidance from the Council of Ministers" to arm rapidly and to waive administrative procedures because of the exceptional conditions.

Later reports indicated that 12 aircraft were delivered and that Russian experts accompanied them.

Comment: Saddam Hussein's air force used Su-25 ground attack aircraft in the eight years' war against Iran. Iraq probably has a pool of pilots and ground crews from that war. The Soviets used Su-25s with good effect against the Afghan mujahidin. The announcements still have not mentioned logistics and ordnance, but the presence of Russian experts indicates this is a package deal.

Egypt: The government announced that it will restrict Ramadan sermons to topics of faith and morality, the state's top official in charge of religious affairs said Sunday.

Mohammed Mokhtar Gomaa said the decision should ensure that sermons during Islam's holy month of fasting "unite people, not divide them," compared to what he described as the politicized past when Mohammed Mursi was president.

"The religious speech was politically driven, which affected the moral side," he told reporters at a news conference on the first day of the Ramadan observance. "Now we're in a race against time trying to restore morals."

The government already restricted preaching in mosques to state-authorized clerics.

Comment: President al-Sisi and all his predecessors, including Mursi, have understood that religion can become politics when it strays from faith and morals. The al-Sisi administration does not intend to intend to allow civil freedoms to be manipulated to promote agitation against the state.

Nigeria: Boko Haram gunmen killed at least 10 people in an attack on two churches in northern Nigeria. They attack the village of Kautikari, which is near the town of Chibok. That is where they abducted more than 200 schoolgirls in April.

Comment: At least a half dozen of Boko Haram's attacks since April have taken place in and around Chibok. The gunmen continue to operate with impunity. That means Boko Haram enjoys official tolerance, if not active support, in one or more the northeastern state governments.

NightWatchSpecial Administrative Announcement. Changes are coming to NightWatch, because of increased publication expenses and because it is time. We are excited about the opportunity to review our product and to make improvements that will continue to add value for our Brilliant Readers. Since we are at a decision point, we judge it essential to ask our Readers about the publication and to invite you them to provide your their ideas and suggestions for improving it. We are preparing a brief survey which will be distributed as a special edition. Your responses will help shape the future of NightWatch. More to follow.