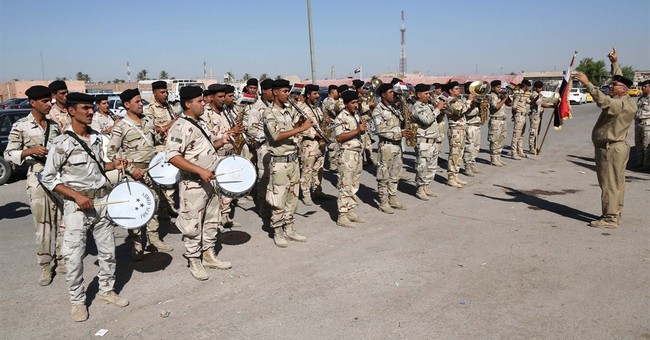 Afghanistan: The secretary-general of the election commission, Zia ul-Haq Amarkhai, said he resigned today for the good of the nation. He denied he committed a crime by ordering ballot boxes to be stuffed with votes for presidential candidate Ashraf Ghani. He called the tapes fakes and accused the national security services of interfering in the election.

The government has made no statement about the way ahead.

Comment: Regardless of the denials, resignation is a form of adoptive admission that the recordings are genuine. The government seems to be at a loss for what to do. Any outcome will be challenged. A credible election result looks impossible, but a backroom deal between the two candidates, Abdullah Abdullah and Ghani, could make the vote count largely irrelevant. Without a deal, there will be protests and probably violence.

After ten days of fighting, fighters of the Islamic State of Iraq and the Levant (ISIL) now control the oil refinery at Baiji. They are reported to have told Sunni tribal leaders in the area to keep it operating and supplying gasoline to ISIL fighters.

Comment: Nearly every major town in the Sunni areas of Iraq is no longer responsive to the central government. The window for political reform to have an effect on the security situation has closed for now, in less than two weeks. By the end of the week, ISIL and its Sunni allies should be in a position to begin attacking Baghdad from multiple directions, should they so decide.

Jordan: Yesterday, Jordan placed its armed forces on increased alert several days ago as instability in Iraq spread toward the border of Jordan. They also reinforced the border over the weekend, including with tanks.

Yesterday, Iraqi forces abandoned the Turaibil border crossing following reports of a clash with fighters who had been reported as ISIL. Today's reports indicate Sunni tribal fighters took control of the area, though not of the border post itself. Iraqi border officers are operating the border crossing, which is open to traffic, but under tribal supervision.

Comment: Truck traffic through the Turaibil border crossing is critical to the livelihood of the Sunni tribes in Anbar Governate. The Sunnis tribesmen have shown no interest in closing it or in letting anyone else - such as Iraqi government officials -- close it. On the other hand, they are controlling the road. Various travelers reported that the Sunni tribal militants set up check points on the road from the border to Baghdad, a distance of more than 350 miles.

This is the clearest example from recent news reporting that shows how tribal fighters are supporting a Sunni uprising against the government. Some tribesmen said they could run the border crossing post directly and didn't need the government.

One news outlet reported today that ISIL recruiters have been trying to enlist Jordanians to their cause. Jordan and Lebanon both are potential targets for ISIL, both directly and from the ripple effects of violent jihad. Jordanian officials reassured the public that there is no imminent threat. They reinforced the border as a prudent precaution.

Syria: The Organization for the Prohibition of Chemical Weapons (OPCW) announced that the final 8% of Syria's declared chemical weapons and precursors had been loaded on to a Danish freighter.

Ukraine: Eastern separatists promised Monday to honor a cease-fire declared by the Ukrainian President Poroshenko and to engage in talks to help resolve the crisis. Their ceasefire will remain in effect until Friday.

Today was the first day of talks among former Ukrainian president Leonid Kuchma, the Russian ambassador, European officials and the eastern separatists. No results have been reported.

Comment: These strikes are punitive for al-Shaba'ab's slaughter of tourists at a Kenyan resort last week and preventive to keep the terrorists from establishing secure bases.

Central African Republic: Residents of Bambari said that a militia attacked a nearby Muslim village and killed 18 of its inhabitants. The attack occurred in the same area in which 21 people died during fighting between Christian and Muslim gunmen.

Comment: Bambari is in the center of the country, northeast of Bangui. It is predominantly Christian. No peacekeeper operations appear to be active outside Bangui.

Nigeria: An explosion at a medical school in Kano killed at least a dozen people and wounded 20, according to medical sources. No group has claimed responsibility, but people at the school blamed Boko Haram. Kano state police Commissioner Aderenle Shinaba said one suspect was detained and his vehicle seized for investigation.

Comment: Boko Haram conducted two attacks on Sunday as well. The capture of the suspect might offer one of the few opportunities for gaining better intelligence on Boko Haram, if he stays alive.