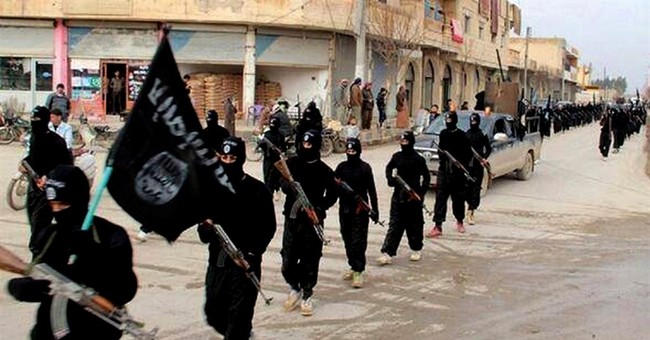 China-Vietnam: Today Vietnamese press reported that Beijing announced it was towing a second drilling rig into the South China Sea.

According to a statement posted on the website of China's Maritime Safety Administration, the rig will be towed between 18 and 20 June and is currently 104 nautical miles northeast of Da Nang and 60 nautical miles from China's Hainan Island.

Comment: It is unclear whether Chinese actions and announcements are uncoordinated or deliberately calculated to provoke the Southeast Asian leaders. Either way, the Chinese leaders do not seem to care.

They send diplomats, but they have no authority to negotiate issues of sovereignty or to commit China to any policy or practice inconsistent with its claims of sovereignty. Their task is to persuade the Southeast Asians to accept the Chinese position and to warn against violent escalation.

Iraq: The status of the Baiji refinery remains unclear. Eyewitnesses told the press that they saw black militant flags flying over the refinery at Baiji. An Iraqi general said the government force protecting the refinery was still inside Thursday and that the force was in regular contact with Baghdad. The refinery's workers had been evacuated to nearby villages, he said.

Helicopter gunships flew over the refinery to stop any militant advance, the general said. The ultra-extremists reportedly took over a building just outside the refinery and were using it to fire at the government forces.

Samarra. Fighting continues for control of Samarra, which is the site of the Shiite shrine to Imam Ali al-Hadi and to his son Imam al-Askari. Police reported that Sunni militants fired rocket or mortar rounds towards the shrine complex, injuring 14 people. The shrine is undamaged.

Comment: Control of Samarra has important bearing on outside intervention by Iran and Lebanese Hizballah because of the Shiite shrine. Sunni militants damaged the mosque in February 2006 and in June and July 2007. That led to sectarian vengeance killings in which thousands died.

Police and morgue officials said the bodies of four men were discovered in the Shiite Baghdad district of Abu Dashir on Thursday. The bodies were handcuffed and had gunshot wounds to the head and chest. The officials presumed they were Sunnis.

Politics. Al-Maliki rejected a US request that he step down because he was re-elected in the April elections. His party is entitled to form a government. He accused the US of meddling in Iraqi internal affairs.

Comment: There are no reports of ISIL movements into Baghdad.

Syria: Tribal leaders in Aleppo said today that they would ally with ISIL and obey the group's orders, following a meeting with ISIL leaders. At the meeting, ISIL's spokesmen talked about their future plans, calling ISIL a global association.

Other subjects included the increase in ISIL's support among Iraqis and providing aid to civilians. ISIL also called on the leaders of the Elbu Hamis, Beni Said, el-Avan and el-Ganim tribes to respect and apply Sharia law. In a joint statement after the meeting, tribal leaders said they would help ISIL fight to establish a new Islamic state across Iraq and Syria.

Comment: Since Syrian government forces and Hizballah militiamen control much of Aleppo, this statement looks mostly like a propaganda ploy. Two points, however, are worth noting. First is ISIL's claim that it now is a global association. That calls to mind al Qaida, as an association or company.

The second point is that pro-militant propaganda increasingly focuses on erasing the national boundaries set by the colonial powers in 1916. That idea is becoming popular among Arabs.

Lebanon: Hizballah will fight in Iraq. Hasan Nasrallah, the secretary general of the Lebanese Hizballah, threatened that his party would not hesitate to take part in the ongoing fighting in Iraq if a need arises there. Hasan Nasrallah told the press that Hizballah is willing to sacrifice five times as much as it sacrificed in Syria in order to protect the holy shrines in Iraq.

Comment: Lebanese Hizballah sent fighters to Iraq in the mid-2000's to support Shiites fighting against the Sunni rebels. Nasrallah's threats are not idle.

ISIL shows no signs of moving against Baghdad, much less the Karbala and Najaf south of Baghdad. An ISIL attack at Samarra, however, 78 miles north of Baghdad, might test Nasrallah's commitment again.

Egypt: Ansar Bayt al-Maqdis (Supporters of the Holy House) posted a statement on the Web that it will attack Americans in Egypt if the US attacks ISIL in Iraq.

Comment: Ansar Bayt al-Maqdis is an Egyptian terrorist group that is responsible for many of the attacks against Egyptian forces and interests in Sinai during the past three years. Since the overthrow of the Mursi regime, it has become more active and bolder, attacking outside Sinai. It claimed responsibility for a bombing attack In Cairo in January. It is reported to have support from the Egyptian Muslim Brotherhood.

An increased threat to American citizens abroad is one of the predictable ripple effects of US intervention in the Iraq crisis.

Ukraine: Politics. Today, Ukrainian President Poroshenko said he would sign an association agreement with the European Union (EU) on 27 June.

Comment: The Russian version of the talk was slightly different. Putin stressed that Ukrainian security operations must stop immediately. Neither side mentioned whether they discussed the EU association agreement.

Differences over Ukraine's association with the EU started the crisis and led to Crimean secession. Russian leaders do not appear to have softened their opposition to a pro-Western Ukraine.

Security. Ukrainian forces continued operations and claimed to have killed hundreds of separatists in an armored attack. No ceasefire exists. Separatists renewed their plea for Russian assistance. NATO sources reported another build-up of Russian forces near the border of eastern Ukraine.

The militiamen of the Donetsk People's Republic claimed they shot down a Ukrainian Su-25 ground support aircraft during a battle for the village of Yampil, north of Donetsk Region.

Comment: If the aircraft shoot down claim is confirmed, it would suggest the militiamen are using more sophisticated air defense missiles. They might become capable of degrading Ukraine's air superiority.