Iran to the Rescue? 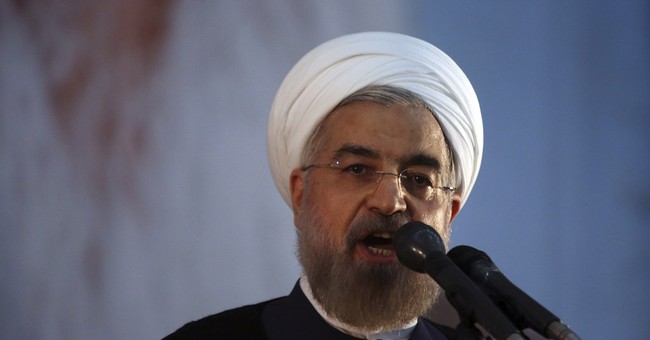 Pakistan: Musharraf gets a break. Today, the Sindh (Province) High Court ordered Mr. Musharraf's name to be removed from the government's Exit Control List (ECL), but suspended execution of the order for 15 days to allow the government to appeal it.

Musharraf's attorney said, "The court has allowed our appeal and ordered to strike down Musharraf´s name from the Exit Control List. The order will be executed after 15 days."

Comment: The government placed Musharraf on the ECL to ensure his appearance at his treason trial.

The order means that the Court agreed with the arguments of the appellant, Musharraf. Those were that Musharraf's heart condition required specialist treatment that could only be obtained abroad and that he needed to tend to his ailing mother who is in Dubai. Musharraf has promised to return to Pakistan for trial because he wants to clear his name.

The Court's ruling provides an opportunity for the government to reduce the threat of an Army takeover of the government by declining to appeal the ruling and, thus, allowing Musharraf to go into exile. For months the Chief of Army Staff has made public comments that convey the Army leadership's strong opposition to the trial of a former Chief of Army Staff for treason.

Musharraf's presence in Pakistan has polarized political interests and caused strain in the Army's relationship with the government. He has been a distraction from the many pressing internal security challenges. The Sindh court has created a chance for reconciliation. If the government challenges the order, internal security will worsen and the threat of another military coup d'état will increase.

Afghanistan: For the record. The Presidential run-off election between Abdullah Abdullah and Ashraf Ghani will be held on 14 June. Abdullah is the front runner.

Iraq: ISIS declares a caliphate. Reports from Mosul stated that the Islamic State in Iraq and the Levant (ISIL) announced that it had formed an Islamic State. A leaflet said, "We took on our shoulders bringing back the glories of the Islamic caliphate and stop oppression against our brothers and to cut the Shiite snake that reached the necks of the people."

The new regime outlawed unauthorized gatherings under penalty of death; ordered people not to communicate with the government in Baghdad; and warned women to dress modestly and stay at home. It also restored water and power.

Some news reports stated that Iraqi army forces, supported by an IRGC unit or Shiite militiamen, stopped the southward advance of the ISIL fighters at the town of Samarra, about 125 km north of Baghdad. However, fighting apparently continues in Samarra.

Other reports said part of Tikrit had been recovered with the help of Iranian fighters. Latest reports, however, confirm that ISIL holds Tikrit. Still other reports said that IRGC units are in Baghdad, Karbala and Najaf.

The most credible information is that Major General Soleimani, the commander of the IRGC Qods force, the expeditionary special forces component of the IRGC, was in Baghdad this week, apparently arranging Iranian assistance.

Yesterday, Kurdish militia forces, the peshmerga, took control of Kirkuk, which is located on the border of the Kurdish autonomous region. They prevented ISIL from capturing it, after the regular army soldiers abandoned their posts, a Kurdish spokesman said.

Information on the Iranian intervention is not confirmed. The reports appear to be part of a propaganda campaign about what Iran might do, rather than what it has done in such a short time. Credible combat situation reports contain no suggestion that fighting has ended or that the ISIL offensive has been stopped.

The Iraqi Army, even with the desertions in the north, should still be more than capable of defending Baghdad, under decent leadership, and of defeating ISIL's forces. ISIL reportedly has fewer than ten thousand full-time fighters in Syria and Iraq. On paper, the Iraqis have 200,000 soldiers with lots of vehicles and armor and limited air support.

One news source reportedly quoted a Kurdish soldier in the Iraqi Army who said that if just 300 soldiers had stood their ground, they could have defended Mosul. The Arabs fled or welcomed ISIL as liberators.

One report said three of 14 army divisions fled and left all their equipment and supplies to ISIL. Much of the civilian population of Mosul reportedly has welcomed ISIL as an improvement over al-Maliki.

To Baghdadand beyond. An ISIL spokesman affirmed today that the movement's goal is to take Baghdad and to destroy Shiite shrines in Karbala and Najaf. He called the Shiites an 'infestation" and "polytheists."

The threat to the Shiite holy places in Iraq is enough to prompt Iran to intervene. Several Iranian officials said Iran would not permit Shiite shrines to be destroyed.

Iran: Iran celebrated the birthday of the 12thImam, who will return one day to establish peace among all peoples, in Shiite theology. President Rouhani delivered a speech that was devoted mostly to religious themes.

Towards the end, he addressed the fighting in Iraq and the atrocities of ISIL. He said, "In the name of the government of the Islamic Republic of Iran, we will not endure these violent and terrorist actions, and in our turn, as we announced in the United Nations, we will resist and fight against violence, extremism and terrorism in the region and world."

A regional Muslim struggle is now a possibility, from Pakistan to the Mediterranean.

Ukraine: The separatists get tanks. The Interfax news agency quoted Ukrainian Interior Minister Avakov who said that a "column" of armored vehicles, including three T-72 tanks and armored personnel carriers crossed into southeastern Ukraine from Russia through a border crossing point controlled by pro-Russian separatists.

The Ukrainians said that they engaged the force and that part of it had been destroyed. Separatists in Donetsk confirmed that they now have three tanks.

Meanwhile, Russia accused President Poroshenko of not keeping his promise to stop fighting in the east. It wants an investigation into allegations that Ukrainian forces used banned incendiary bombs against civilians.

Comment: The supply of tanks represents a significant escalation of Russian support and involvement. Armored vehicles cannot leave Russia without the knowledge and permission of central authorities. The Russians need to explain the tanks. This level and quality of support indicate Russian leaders have decided to prevent Ukraine from defeating the separatists. If that is the case, more heavy equipment should start showing up at other border crossing points held by the separatists..