Will Iran Come to Iraq's Rescue? 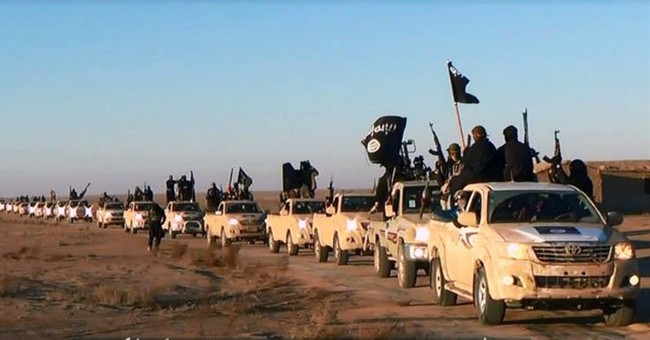 North Korea-Russia: Expanding economic ties. On 5 June the sixth session of the "Intergovernmental Commission on Trade, Economic, Scientific and Technical Cooperation" met in Vladivostok and reached agreement on a dozen or more trade and economic development projects.

North Korea agreed to Russian participation in a gold mine in exchange for second-hand Tu-204 air liners.

It also agreed to review a Russian proposal to allow a Russian commercial fleet of tugs, refueling ships, a floating crane and a dredger to be stationed at the northeastern port of Rajin to keep the port open to large ocean-going ships and accessible to fishing fleets.

Russia agreed to maintain security and safety of the rail link between Rajin and Russia. Russia also agreed to allow North Korea to open accounts in a Russian bank to handle transactions in rubles.

Concerning trade, North Korea agreed to review its ability to provide coking coal and 50,000 tons of steel and magnetite.

As for mineral exploration, North Korea was said to be anticipating the cooperation of Russian companies in the development of talc, copper, quartzite, vanadium anhydride and ultra-anthracite deposits.

An agreement was made to conclude relevant conventions between the DPRK Ministry of Crude Oil Industry and Russia's "TAIF" company to build a gas station network in North Korea.

The North Korean Government decided to simplify procedures for Russian investors to use multiple-entry visas for business purposes and to use the Internet and mobile phones.

Russian Far East Development Minister Galushka stressed to the press that "the North Korean Government has allowed this agreement exclusively for Russian entrepreneurs and that overseas investors, including China, have not enjoyed such benefits to date."

Comment: This was a working meeting that appears to have made significant, even extraordinary, progress. The backdrop to this meeting was President Putin's decision to forgive 90% of North Korea's debt to Russia and to extend easy repayment terms for the rest. The many items discussed appear to cover the full agenda of issues under negotiation for years

What is striking is that the trade and development menu resembles the kinds of projects that the late Chang Song-taek was arranging, but with Chinese investors. Kim Jong Un has decided to make similar arrangements with the Russians. North Korea has tilted towards Russia. Russia apparently intends to make North Korea a future source for critical minerals.

If these agreements are implemented as stated, they will give Russia advantages that no other country enjoys, including South Korean investors at the Kaesong joint industrial zone. The involvement of the TAIF petrochemical company could eventually solve many of North Korea's energy problems, and eventually help eliminate one of the North's greatest strategic vulnerabilities: its near total dependence on China for most of its crude oil.

The Chinese Ministry of Foreign Affairs said the Japanese claims are not true.

Comment: The last time a similar incident occurred was on 24 May. These are not accidental flights or examples of poor piloting skills. US analysts learned after the mid-air collision off Hainan Island, involving a US surveillance aircraft and a Chinese fighter on 1 April 2001, that China deliberately trains special units and special pilots in those units to execute near-miss passes of intruding aircraft.

Hong Kong. China issued a White Paper on progress in implementing the policy of "One country, two systems" as it relates to Hong Kong. In the paper, China boasts that the return of Hong Kong enabled China to put theory into practice with great success. It also reminds the people of Hong Kong that their first duty is to respect the Constitution of the People's Republic of China and to be patriotic.

Hong Kong does not enjoy 'full autonomy' and must accept Beijing's control and oversight.

During this Watch, Hong Kong activists burned copies of the White Paper in protest.

Comment: One analyst noted that the paper's release follows by a gathering in Hong Kong by more than 100,000 protesters marked the 25th anniversary of the Tiananmen massacre to berate the Communist Party and demand greater democratic rights.

The Chinese leadership judges that its administration of Hong Kong is a successful model for a future relationship with the Chinese on Taiwan, at whom the paper seems primarily aimed.

Vietnam. Vietnam claimed that China shifted the oil rig it has placed in disputed waters for a third time. The Fisheries Surveillance Department said that six Chinese "warships, 38 coast guard ships, 13 cargo ships and 19 tugboats are protecting the rig."

China called the claim "extremely wrong" and denied it sent military ships to the area. Government ships were dispatched to maintain security for its drilling work, which has been threatened by armed Vietnamese vessels, Foreign Ministry spokeswoman Hua Chunying said at a briefing in Beijing.

Comment: There is no significant change in the situation, which the Chinese control. China continues to insist that Vietnam stop harassing the oil rig and the Chinese ships.

Iraq: Driving towards Baghdad. Fighters of the Islamic State of Iraq and the Levant (ISIL) captured Baiji and Tikrit in their southward offensive. The news reports suggest they met little resistance. They executed six government policemen they captured. One analyst reported at least 160 killed and over 100 wounded in fighting on 11 June.

Comment: The speed of the ISIL offensive has prevented the Baghdad government from assembling an effective defense. There appear to be no Iraqi forces between Baghdad and ISIL's lead elements. At their rate of movement, some of its fighters probably are already inBaghdad.

They might have outrun their supplies, had Baghdad mounted any kind of defense. However, ISIL has captured so much government materiel that logistics will not be a problem.

A point raised by a Brilliant and discerning Reader is that the Sunni Arab tribal leaders of Nineveh and Anbar Governates must be cooperating with ISIL. One lesson from the Anbar Awakening is that the Sunni tribes have the capability to stop ISIL because they did it before.

The al Maliki government's discriminatory treatment of the Sunni Arabs has created the conditions for ISIL's rapid success, with Sunni tolerance, if not encouragement. ISIL forces reportedly complied with a request by Sunni tribal leaders to not destroy the oil refinery at Baiji, which is Iraq's largest. Refinery operations continue.

Violent internal instability is centripetal, meaning that it seeks a center of power. Thus ISIL will attempt to capture the key government buildings in Baghdad.

Once its fighters leave the predominantly Sunni areas, however, the fighting will get tougher. The Shiites of Sadr City in eastern Baghdad reportedly are arming again. Another fight for Baghdad seems unavoidable.

Iran has major decisions to make about how to preserve the only other Shiite-led nation. ISIL has made de facto allies of the US and Iran in trying to preserve the al-Maliki government in Iraq.

Russian reaction. The Ministry of Foreign Affairs posted a statement that resolutely condemned ISIL/ISIS. It said, "We support the government and political forces of Iraq in their efforts to counter the militants by all available means."

Comment: Russia made no promises of aid, but implied its willingness to respond favorably to requests. It also advised the al-Maliki government to engage in national reconciliation. It regretted that the US and western powers use a double standard in judging the actions of ISIL/ISIS depending on whether it is fighting in Syria or Iraq.

Ukraine: No talks with terrorists. President Poroshenko said he is willing to talk with easterners who support his peace plan. "We don't need talks for the sake of talks," the president said. "Our peace plan should become a foundation for the further de-escalation of the conflict. Terrorists should lay down arms."

Comment: Poroshenko's comments mean that he will not negotiate with separatists; only with eastern Ukrainians who support his plan. Fighting continues, with the separatists making some minor gains. There is no peace process in Ukraine.

Central African Republic: Violence between Muslims and Christians has resulted in 21 people killed thus far this week, including two who were publicly executed in front of a courthouse, witnesses said Wednesday.

The latest clashes occurred after villagers in Liwa, located 10 kilometers outside of the central town of Bambari, killed two Muslim men on a motorcycle on Monday.

Comment: Sectarian positions have hardened so that only extreme, deadly attitudes dominate cross-sectarian contacts. There is no room for compromise. The international peacekeepers are essentially irrelevant to the continuing instability. They appear interested in keeping key infrastructure functioning, while avoiding casualties.

Mali: A suicide bomber killed at least four Malian and Chadian soldiers at a military camp in north-eastern Mali on Wednesday, army sources said. The bomber detonated his car bomb at the entrance to the camp, which houses Malian and international soldiers.

Comment: Tactically, such attacks test the vigilance, readiness and response capabilities of the forces at the camp. Strategically, they are reminders that the Islamic militants remain a threat. The French beat them back, but did not defeat them.