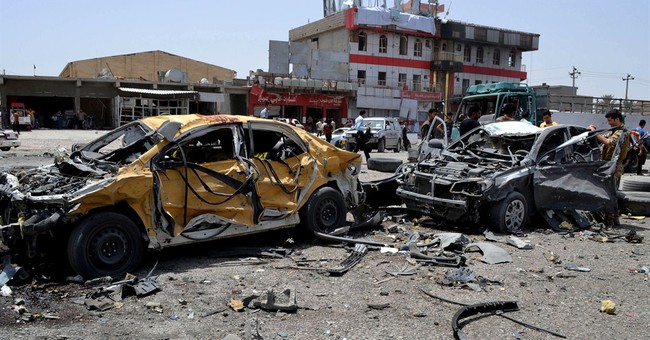 Thailand: Update. The National Council for Peace and Order government lifted the curfew in 20 provinces in order to promote tourism. They included tourist spots in southern Thailand, which the government said were peaceful. The curfew remains in effect in 50 other provinces.

Comment: This is the first significant relaxation of the general restrictions on population movement under the military regime. Economic revival is one of the objectives of the coup, after security. Easing of some restrictions does not signify an early end to martial law. General Prayuth is tutoring the political elites with behavior modification techniques.

Pakistan: Update. On 10 June, four or five gunmen attacked a security training facility near Karachi international airport. A gunfight broke out at a checkpoint at the Airport Security Force (ASF) academy, located 500 yards from the main airport complex, according to a camp spokesman. The attackers fled on motorcycles as a heavy contingent of security forces reached the academy, according to Pakistani news reports.

No casualties were reported.

Comment: Today's gunfight seems like a back-handed tribute to the ASF, some of whose personnel died fighting the terrorists on Sunday.

One implication of today's gunfight is that the Pakistani Taliban are in Karachi in some strength and they are bold. Karachi has a large Pashtun population that obviously supports and protects anti-government cells.

The Sindh provincial and the Karachi city governments know that they have little control and less welcome in the Pashtun neighborhoods in and near Karachi. They have little choice but to tolerate some levels of violence and crime

The attacks this week, however, threaten Pakistan's economic attractiveness and prospects. A crackdown will occur, but Karachi is beyond the control of any government. Moreover, the Pakistani Taliban problem has its roots in the tribal areas of the northwest.

The security forces probably will capture some of the people who aided and abetted the latest attacks, but the anti-government cell will survive, if not thrive. The crackdown will be a police crackdown in Karachi.

The Sharif government's security problems pose difficult questions because the Pakistani Taliban have metastasized in the past several years. Nevertheless, they have managed to maintain better coordination of effort across regions than the government's security forces. There can be no Army solution in the tribal agencies without extensive police support in the cities with large Pashtun populations. There can be no police solutions in the cities without Army pressure in the tribal agencies.

Pakistan has yet to craft a balanced, integrated strategy for defeating the Pakistani Taliban and other anti-government groups.

Iraq: Today, an interior ministry official said, "The city of Mosul is outside the control of the state and at the mercy of the militants."

A brigadier general in the military command responsible for the Governate of Nineveh said that clashes with hundreds of militants from the Islamic State of Iraq and the Levant (ISIL) began late Monday.

He said military units withdrew from the city's east to its west, and then began leaving the city, with the militants now in control. The militants seized the provincial government building, the Nineveh Operations Command and the airport. They also freed hundreds of prisoners from three jails. Many of them are jihadists.

Prime Minister al-Maliki declared a state of high alert in Iraq and asked parliament to declare a state of emergency in the country. Iraq has asked for US assistance.

Comment: ISIL has been trying to take Mosul since earlier in June, but only lately assembled enough forces to rout the security forces and overrun the city.

ISIL now controls two major cities in the Sunni region of Iraq: Fallujah and Mosul. Its fighters tried to overrun several other cities, but failed. Its aim is to create an Islamic emirate that joins Iraq and Syria.

The group had been affiliated with al Qaida for many years, since the time of Abu Musab Zarqawi, according to the National Counter Terrorism Center. In February al Qaida disavowed all links with ISIL because its actions were more extreme than al Qaida and it would not follow orders to stop fighting the al Nusrah Front in Syria, which al-Qaida supports.

On Sunday in Syria, ISIL fighters clashed with the al-Qaida-affiliated al Nusrah Front in eastern Syria, while its Iraq wing fought to capture Mosul in Iraq. This is a formidable group. Only the Syrian Kurds stand in the way of ISIL consolidating large areas in Iraq and Syria under its control.

Mosul's capture reinforces the judgment that Iraq has re-entered civil war. ISIL is more than an insurgency because it has an effective organization and is conquering territory. By force of arms, it has created a power-sharing arrangement with the government in Baghdad and fragmented the country. A statement by the Muslim scholars association today encouraged ISIL to hold Mosul and to set up an administration. It urged the youth of the city to defend it against the Baghdad government.

ISIL's control in Syria seems tenuous and contested by other opposition groups. In Iraq, it is the dominant anti-government force and it has broken Iraq, for now.

Ukraine: On 10 June, the foreign ministers of Russia, Poland and Germanyindicated that the talks aimed at a diplomatic resolution to the unrest in eastern Ukraine have achieved some progress in recent days, but no firm agreement.

President Poroshenko ordered security officials to create a corridor for safe passage for civilians in eastern Ukraine. He ordered security agencies to organize transportation and arrange for relocation to help civilians leave areas affected by fighting.

Separatists said they did not trust that the regime could create safe corridors.

Comment: Fighting continues with little change on either side.

Population movements appear to be a major concern. Last weekend, after his meeting with Poroshenko, Russian President Putin ordered Russian border guards to prevent Ukrainians from entering Russia. Apparently, Russia does not want to create refugee camps along the border for which it would be responsible and which might be in the way of Russian operations in the future.

Poroshenko's order would channel some of the displaced persons into regions controlled by Kyiv's forces. Taken together, the population orders would evacuate from the east those Ukrainians who support Kyiv and would leave Luhansk and Donetsk populated only with ethnic Russians or pro-Russians.

Putin wants the ethnic Russians to stay in Luhansk and Donetsk and Poroshenko appears to be cooperating with him. A homogeneous Russian population would be a legitimate basis for a federal arrangement for the two regions that does not fragment Ukraine.

Mali: Three Touareg rebel groups signed a peace accord in Algiers by which they promised to strengthen reconciliation through dialogue in Mali, according to an Algerian government statement. The document is called the Algiers Declaration.

The groups are the National Movement for the Liberation of Azawad; the High Council for the Unity of Azawad; and the Arab Movement of Azawad. Azawad is the Touareg name for their region of northern Mali.

Comment: The Touaregs have agreed to respect the territorial integrity and national unity of Mali, but the details of administration in northern Mali remain unclear and probably have yet to be settled. They want a final solution that respects their legitimate claims.

Last month when a ceasefire was arranged, the Touareg rebels were in control of the major towns in the north. No reports of a counter-offensive by Malian forces have been received. They appear to have a strong negotiating position.