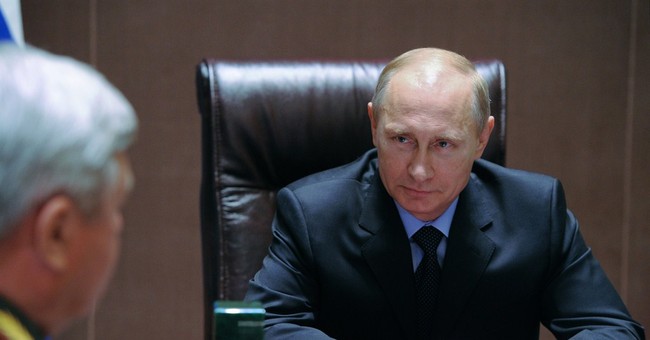 China-Vietnam: Update. Almost 2,000 Chinese citizens were evacuated from Vietnam aboard two Chinese ships on Monday, with another two ships en route. The passenger ships Wuzhishan and Tongguling left the central Vietnamese port of Vung Ang, each carrying more than 900 evacuees, according to Xinhua.

Thailand: The Commander-in-Chief of the Royal Thai Army, General Prayuth Chan-ocha, declared martial law throughout Thailand on the morning of 20 May. The text of his announcement follows.

"Following a series of protests by different political groups throughout Bangkok, its suburb, and other locations in the country, groups of ill-intending individuals have stirred up violence and widely used heavy weapons against people as well as caused damage to important places. This situation has continually resulted in the death and injury of innocent people, loss of property, and points to a tendency that chaos and severe disorder will erupt in various places - a scenario that will affect national and public security. In order to facilitate an effective peace keeping mission and quickly restore peace and order to people of all sides, referring to Article 2 and Article 4 of Martial Law 2004, martial law is now enacted in all areas of the country effective 20 May 2014 at 0300 (2000 GMT 19 May). This announcement is being made on 20 May 2014."

"The army is determined to restore peace and order in our beloved country as quickly as possible. I request that people from all sides stop their movements so that all can quickly enter the process that will bring about a sustainable solution to the problems the nation is currently facing. Announcements will be made later on to provide details for the rules and regulations under martial law. I urge the public to stay calm and continue their daily activities and work normally. The army is determined to quickly ease the situation. Good bye."

Thai newspapers subsequently published the details of rules and regulations, which include a long list of road closures to prevent public marches and demonstrations.

One order set up a peacekeeping command to replace the Centre for the Administration of Peace and Order. Army chief General Prayuth is the chief of the peacekeeping command, which will have the authority to summon individuals for interrogation and deliver documents and evidence to the judicial authorities.

The peacekeeping command also has the authority to demand that the Internal Security Operations Command, the Royal Thai Police, the army, the navy, the air force, the Interior Ministry and other government agencies support its operations.

Martial law empowers the military to:

- Take action against war or riots;

- Use arms to suppress unrest;

- Search, confiscate or occupy any premises or vehicles;

- Activate the military court to judge on crimes within the area under martial law;

- Mobilize civilians to help the military;

- Procure resources such as vehicles or logistical materials to support military operations;

- Destroy, remove or adjust any premise or location for the purpose of military operations; and,

- Arrest and detain suspects for a maximum of seven days.

- People are not entitled to any compensation for damage incurred during such military operations.

- Martial law can only be ended with a Royal Decree.

News sources reported troops were on patrol in Bangkok; preventing some traffic from entering the city; and placing sandbags outside a police headquarters in the city center. Soldiers also secured television stations.

A military spokesman stressed, "We declared a state of emergency; it's not a coup. Because of the situation, it's not stable; they kill each other every day."

Comment: Last week, General Prayuth warned that the army would intervene if the political violence continued. Less than a week after the warning, the armed forces have intervened. This measure could only be executed with the approval of the King.

Senior military officers stressed repeatedly that the armed force intervened to restore law and order. They stipulated they were not taking over the government.

Parliament is in disarray after the rulings by the Constitutional Court, but the government is still functioning.

Russia-Ukraine: Update. President Putin ordered the military forces that deployed to participate in the spring exercises in Rostov-on-Don, Belgorod and Bryansk, three regions bordering Ukraine, to return to their bases, according to a Defense Ministry statement.

Comment: NATO again said it could not confirm any unit withdrawals. Putin's order also is subject to several interpretations because it is vague. For example, many of the units bivouacked near eastern Ukraine deployed for the March exercises and did not deploy for the late spring exercises. They would appear to not be covered by this order.

On 19 May, the Russian ambassador to NATO requested a meeting with NATO authorities as soon as possible to discuss the sharp deterioration of the security situation in southeastern Ukraine. He cited increased killings and continuing Ukrainian operations as the reasons for the urgency.

Comment: The Russians are doing a lot of things, but de-escalation is not one of them.

Ukraine: The self-proclaimed governor of the Donetsk People's Republic, which neither Ukraine nor Russia has formally recognized, said that Donetsk would hold no talks with Kiev until the government withdraws its forces.

Comment: The Kyiv regime has shown no interest in talking with the separatists. The statement, however, matches Russia's demand to NATO and to Kyiv: that the regime must halt its punitive operations and withdraw its forces from the eastern regions.

Libya: Update. A spokesman for former Lieutenant General Khalifa Hifter announced that a growing number of armed elements, including the elite al Saiqa special operations forces in Benghazi and the majority of military air bases, have allied under the command of Hifter's self-proclaimed Libyan National Army. A spokesman for the airbase at Tobruk confirmed the base had declared for Hifter. Some battalions of the border guards have also declared for Hifter.

Meanwhile, the ex officio Libyan army chief ordered Islamist militias to deploy to Tripoli to fight Hifter's allies. The executive branch of the government claimed it remains in control, but proposed that the parliament in Tripoli suspend work until the next general election, following a vote on the 2014 budget.

Comment: The elections are supposed to occur in July 2014. The al Saiqa forces are reported to be the best trained combat force in the Libyan army. Its commander read the statement of support for Hifter's "operation of dignity".

Hifter's fight against Islamists overlaps the centuries old hostility between the western and eastern Libyan tribes. Hifter appears to have support in the west and has forces operating against Benghazi in the east. The Islamists, including Ansar al Sharia, are mainly based in east. There are many other tribes in the center and the south, whose support will be important, if Hifter hopes to succeed in stopping Libya's drift towards becoming an Islamist state.

Feedback. A well-informed, diligent and Brilliant Reader reported that the rebellious Libyan General lived in Virginia for 24 years. He signed his name Hifter on Department of Motor Vehicle documents. NightWatch will use that spelling, henceforth. Readers need to know there are at least three other spellings in use by different media outlets. Thanks for the Feedback.

Mali: Separatist Touareg rebels launched an assault on the northern city of Kidal over the weekend, killing eight soldiers, storming government buildings and taking 30 hostages in a 'declaration of war' on the government. Officials said the attack was apparently prompted by a visit to Kidal on Saturday by newly appointed Prime Minister Moussa Mara.

Comment: Kidal, in northeastern Mali near Algeria, was one of the towns captured by Touareg rebels and al Qaida and other terrorists last year. When they threatened Bamako, France deployed 4,000 troops to repulse the insurgents and restore order. French forces succeeded in restoring central control, with extensive allied logistics and transport support, but never could deliver a knockout blow to the rebels and terrorists.

At least 1,000 terrorist fighters eluded the French, based on French combat casualty reports and the French estimate of rebel and terrorist strength. The attack in Kidal indicates they remain a significant threat.

The attack also shows that reconciliation efforts between the southern Malian authorities and the Touaregs, who live in the north, have been feckless. The two groups remain hostile and no basis for negotiating peace exists. This incident marks the collapse of talks for now and portends another round of clashes, now that all sides have had time to rest and rearm.