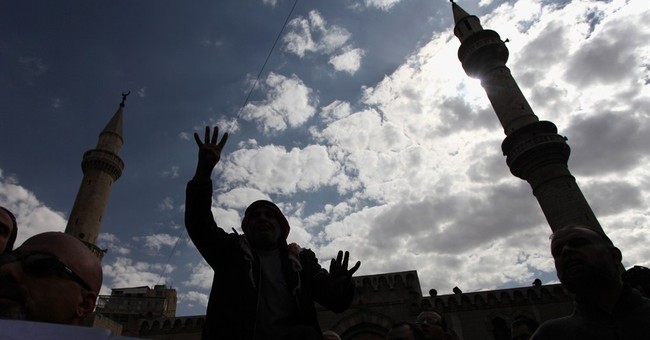 North Korea: North Koreans voted for the 687 deputies that will constitute the 13th Supreme People's Assembly (SPA). The term of the SPA is five years.

In fact it is a rubber stamp for decisions made by the leaders of the Korean Workers' Party. Ballots for each constituency carry a single name. The voters chose yes or no.

China: Concerning sovereignty. During a press conference at the session of the National People's Congress in Beijing on Saturday, Foreign Minister Wang Yi said China would vigorously defend its sovereignty.

Referring to the Senkaku Island dispute with Japan, Wang said "there is no room for compromise in territorial and historical issues."

Comment: This is a restatement of longstanding legal and policy positions. The Chinese claims to islands and sea areas are based on ownership. That makes them entirely different from Russian justifications for action in Ukraine. Wang provided no judgment about Russian policy toward Ukraine, but also did not distance China from Russia. Then he spoke about Korea, where different rules apply.

Concerning North Korea: Foreign Minister Wang Yi said, "The Korean peninsula is right on China's doorstep. We have a red line, that is, we will not allow war or instability on the Korean peninsula." Wang called upon all parties to "exercise restraint", adding that "genuine and lasting peace" on the peninsula was only possible with denuclearization.

Comment: Wang asserted no new policy, but he gave the strongest and clearest formulation of existing policy by any Chinese leader in a very long time. It applies to North and South Korea as well as to the Allies. The timing suggests that the Ukraine crisis might have been the occasion for a clear and cogent statement.

Wang's formulation of Chinese policy on Korea is much closer to that of Russia on Ukraine than to that of the West on either.

Saudi Arabia: On Friday, the Kingdom issued a royal decree that designates the Muslim Brotherhood a terrorist organization. The royal decree also criminalized membership plus supporting and sympathizing with the terrorists "through speech or writing."

The Saudi terrorism list includes the Kingdom's branch of the Shiite movement Hizballah and Syria-based militant groups the Islamic State of Iraq and Syria (ISIS) and the al-Qaida linked al-Nusrah Front. The royal decree gives a 15-day ultimatum for Saudi fighters in Syria to return home.

Abdel Latif al-Sheikh, head of the Saudi religious police, said the Muslim Brotherhood, Hizballah, ISIS and al-Nusrah Front were blacklisted in Saudi Arabia because "they were ruled from outside to serve political purposes…. They are groups that fight moderate Muslims and are causing troubles around the world. This is what we consider against Islamic principles and has given a negative impression about Muslims in the West," Sheikh said.

Comment: The background to the decree is King Abdallah's announcement on 3 February of tougher penalties for activities deemed as terrorism. Saudi Arabia already has banned the Brotherhood. Under a previous decree, Saudi citizens fighting abroad face up to 20 years in jail. Similar punishments will be applied to "extremist religious and ideological groups, or those classified as terrorist groups, domestically, regionally and internationally," according to the state news agency.

Several commentators pointed out that this aligns Saudi Arabian policy toward the Muslim Brotherhood with that of Egypt. It indicates an increased concern about the security threat to the Arab kingdoms because of the number of Saudis and Gulf Arabs who have joined the Islamist groups in Syria and who would bring terrorist tactics, techniques and practices into the kingdoms on their return.

"The so-called interim government is not self-sufficient, and, to great regret, depends upon radical nationalists, who carried out the military coup."

Lavrov said the Right Sector movement, consisting of several far-right groups, was very active in the violence leading to the ouster of President Viktor Yanukovych. After the 21 February agreement between Yanukovych and opposition leaders was signed, the Right Sector declared they did not recognize it and would continue the armed struggle.

"The new government's officials asked this Right Sector to approve their choice of ministers and now the Right Sector is dissatisfied. Its leaders say the reloading of the government system in Ukraine has not been completed. They demand each of the ministers go to the Maidan (the protest encampment in Kyiv) protesters and report on how well they implement the demands of the protest leaders."

Lavrov also said the group had the security situation in Kiev under its control. The capital of Ukraine has not been safe since President Viktor Yanukovych removed all the police from the streets in compliance with the 21 February agreement. "Actually there's no state control over public order and the so-called Right Sector calls the tune, the group that has resorted to terror and intimidation."

"Western media call far-right groups a minority but it's a decisive minority," he said. "It's been clear for some time that the men of violence exercise decisive influence. In 2012, the EU parliament condemned the Svoboda party - and now its members are in the government. Europe is looking the other way. Double standards - the whole point to bounce Ukraine into the western camp."

Ukraine's new government is under the influence of the radical nationalists, according to Lavrov. He indicated he believes his foreign counterparts are well aware of the fact, but are unwilling to acknowledge it.

Russia, he said, was open to further dialogue with the West if it was "honest and partner-like".

Comment: Lavrov's remarks are the clearest and most detailed public justification for Russia's hostility to the new Ukraine regime. Lavrov's statement of the Russian point of view reinforces concerns that Russia is prepared to make additional annexations in eastern Ukraine, similar to Crimea. Ukraine could fragment further.

For the record. The Russian parliament may vote on Crimea's annexation on 21 March. The proposal was approved on the 7thby the parliamentary Committee for Constitutional Legislation and will be discussed in the Duma on 11 March,

The ultra-nationalist movement's chairman Andriy Tarasenko said "Dmytro Yarosh will run for president," he said. "We are preparing for a congress, at which the party will be renamed, and we will participate in the elections in Kyiv, the elections in all local councils, towns and villages." According to an account by Reuters, Yarosh would ban both the former ruling party (Party of Regions) and the Communist Party of Ukraine.

Tarasenko claimed, "We remain the leaders of this revolution. We are mobilizing; we are preparing to react to foreign aggression." He distanced the movement from the pro-EU government led by interim president Oleksandr Turchinov. "There has been no reset of power. Only the names in the government offices have changed….Our struggle is entering a peaceful phase, a political phase and that is why we are going into politics," he said.

Comment: Some of Tarasenko's claims are chest-thumping. On the other hand, right-wing groups were important during the street violence, as Lavrov said. Yarosh holds a prominent position in the government.Pravyi Sectorhas announced its intention to form a political party and to have Yarosh run as its candidate in the presidential elections on 25 May. Right Sector armed men still control some government buildings in Kyiv, according to the press.

Russian and Western news coverage are slanted so that it is difficult to judge the actual influence of the right-wing groups, such as Right Sector. Nevertheless, the public statements by this group reinforce Russian unwillingness to compromise and strengthen pro-Russian sentiment in eastern and southern Ukraine, where support was strong for the Party of Regions.

Libya: The government in Tripoli threatened on Saturday to bomb a North Korean-flagged tanker if it tried to sail from a rebel-controlled port located in the central coastal region of Libya.

The rebels warned Tripoli against staging an attack to halt the oil sale after the tanker docked at Es Sider terminal, one of the country's biggest. The vessel started loading crude late at night, oil officials said.

Comments: The rebels have held three major Libyan ports since August to press their demands for more autonomy. The NightWatch interest is that their first customer is North Korea.

In the 1980s and early 1990s, Libya was an important supplier of crude for North Korea. The terms of trade at the time were not known, but North Korea is known to have supplied ballistic missile technology to Libya when Qadhafi was in power. Other than weapons, North Korea would seem to have nothing else the Libyan rebels would want. North Korea has a need for crude sources other than China.