Stop Droning Them, And Start Defunding the Terrorists 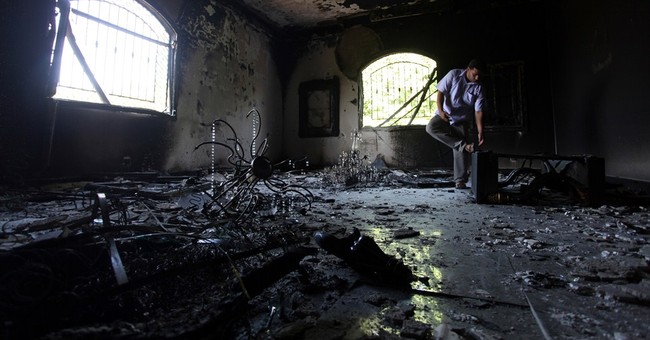 Japan: On Wednesday Prime Minister Shinzo Abe reiterated his intention to expand the government's interpretation of Japan's constitution that strictly limits the scope of any Japanese military operations.

"We are now facing the disadvantages stemming from the nation's inability to exercise the right of collective self-defense," Abe said at a meeting of the House of Councillors Budget Committee.

"If the government adopts a new interpretation of the constitution, that would enable the use of the collective self-defense right," he said, there would be no need to revise the constitution itself.

"It's not that the collective self-defense right should be exercised, but the point is that we should hold the option."

"For the right to be exercised, a relevant legal framework and a political decision are required on top of a change in the constitutional interpretation," he said.

Comment: Chinese and North Korean behavior has spurred new thinking about self-defense in Japan, including the need for collective self-defense. It seems unthinkable that the behavior of two Asian states would be the catalyst for a revival of militarist impulses in Japan within the lifetime of the soldiers who fought World War II in the Pacific. Equally strange is the prospect that a rearmed Japan might work with democratic allies to keep the peace in Asia against an assertive communist China and North Korea. Curious role reversals.

The key point is that Asian states are assuming responsibility for the security of Asia. The success of the Asian democracies is a tribute to the wisdom of US policies. The Asian world is returning to normality. In that normality, the US is a Pacific power, but not an Asian power.

South Korea-North Korea: On 5 February North and South Korean delegates agreed to resume reunions for families separated after the Korean War. The reunions will take place at the Mount Kumgang resort area between 20 and 25 February. About 100 family members from each side are expected to participate.

Under the arrangement, the South Korean family members will travel to and stay at the Mount Kumgang (pron., Geumgang) and Waegeumgang hotels during the five day period. Similar to previous events, an inspection team will make on-site facility checks and an advance party from the South will be granted access to the site five days prior to the scheduled start date.

The delegates agreed that they would continue to work together through the working-level contact between North Korea's Chosun Red Cross Society and the Korea National Red Cross.

Comment: The February reunions will be the first since October 2010. Since 2000 when North and South Korean leaders first agreed to the reunions, more than 21,700 family members have reunited for the first time since the Korean War. Up to 100,000 await their turn at family reunions.

The North's behavior is conforming to the scenario that it sincerely wants national unification, as stated by Kim Jong Un in his New Year's address. "One nation" and agriculture seem to be the priority targets of North Korean national energy.

The North's commitment to "one nation" will be tested by the Allied exercises that will begin in late February. If the North breaks off the reunions over annual scheduled military training, the Allies may reasonably conclude the "one nation" theme was always a scam.

It is curious that South Korean authorities never rail against North Korea's annual Winter Training Cycle, which is half way completed. The goals of this training for 60 years have been the invasion and occupation of South Korea. A South Korean media campaign to denounce North Korean militaristic behavior every winter is long overdue and fair game.

Syria: The jihadist group the Islamist State of Iraq and the Levant(ISIL) has been attempting to mend fences with other Islamist groups in Syria that it previously attacked. This follows its rejection by al Qaida leader Ayman al Zawahiri this week. Yesterday its representatives signed a non-aggression agreement with a fellow jihadist fighting group, known as Suqour al-Sham.

The agreement calls for "an immediate halt to fighting between the sides and no assault by either side on the other in any way". It also urges that any disagreements between the groups be referred to an Islamic court.

Comment: Possibly the largest consequence of disassociation from al Qaida might be loss of funds and recruitment. One question is how much does ISIL rely on resources channeled from Zawahiri who remains in western Pakistan. A second question is who finances ISIL if Zawahiri does not.

Jihad and terrorism require money and the resources money buys. The two vulnerable points in a systems analysis of every terrorist group are recruits and logistics, primarily finances. Most intelligence resources and funds are devoted to coping with the spear point. The greatest vulnerability of terrorist groups, however, resides in the spear shaft.

A terrorist group is an extrusion sub-system of a living system that depends on 19 other supporting sub-systems to enable it to survive. Its support sub-systems are its greatest vulnerabilities because the terrorist fighters seem to believe their supporting infrastructure requires little security. So who supplies recruits and finances for ISIL, working backwards from the battlefield to the sources.

See James G. Miller,Living Systems,and think outside the box. Organized terrorism, like organized crime, can be stopped. Killing the fighters is not a permanent solution to the terrorist threat. Destroying the infrastructure neuters the terrorist fighting group with a lot less killing.

NightWatch is brought to reader of Townhall Finance by Kforce Government Solutions, Inc. (KGS), a leader in government problem-solving, Data Confidence® and intelligence. Views and opinions expressed in NightWatch are solely those of the author, and do not necessarily represent those of KGS, its management, or affiliates.