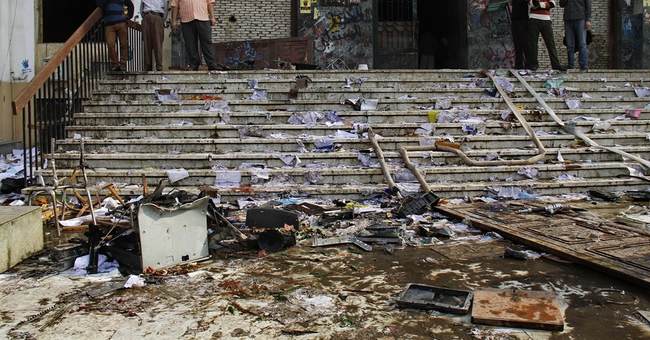 North Korea: The North Korean authorities have ordered the armed forces and civilians to attend three days of anti-aircraft and battle training exercises. The reason for the training, which runs from the 29th to the 31st, is unclear, but it may be a precaution against social unrest while senior officers are in Pyongyang.

Comment: North Korean sources say the training is much less rigid than that last spring, but it interferes with daily life for no apparent reason. Propaganda themes suggest Kim Jong Un remains concerned about the loyalty of the armed forces. Leadership concerns about loyalty are a perennial reason for inflicting hardship on the populace while the elite hold meetings in Pyongyang.

Development projects. The Daily NK published an article about North Korea's outstanding external debt as it influences Kim Jong Un's development strategy. The main point of the article is that the North's default on its external debt decades ago has deterred anyone from lending the North money or getting involved in joint ventures. Even the Chinese government warns its businessmen of the high risks of doing business with North Korea.

Every trading country knows North Korea is a deadbeat country that does not pay its bills. Its leaders evidently do not understand the concept of paying for what they need.

The impact of the North's longstanding low-to-nonexistent credit rating is that no foreign businesses can afford to take the risk of investing in North Korea because there is no certainty of any return on investment. This means that Kim's grandiose plans to open North Korea to foreign investment in 14 economic development zones apparently did not take into consideration that North Korea is well known as a black hole for investors.

Apparently no North Korean economists told Kim that up to $150 billion in outstanding debts must be paid before most countries will consider investing in North Korea, according to Daily NK. That figure is almost four times the North's Gross Domestic Product.

In short, prospects for successful investments in North Korea run afoul of communist economics. The North does not have nor wants a money economy. As a consequence, there is no way to place a fair market value on its products, many of which are quite good.

Chinese authorities are reluctant to admit that terrorism occurs in China, especially in Beijing, which makes today's admission worth noting. The admission contains an implied warning for all citizens to be on alert.

Egypt: Egyptian press reported that Giza prosecutors decided on Wednesday to arrest Muslim Brotherhood leader Essam al-Erian for 15 days pending investigations on violence at Bein al-Sarayat and another 15 days pending investigations on Giza Square violence. Security services arrested Erian, vice-chief of the Brotherhood's Freedom and Justice Party, on Wednesday in an apartment located in the fifth settlement district. According to security sources, Erian did not resist police and turned himself in once police stormed the place.

Both incidents of violence followed the ousting of former President Mohamed Mursi in July. Most of the some 2,000 Brotherhood members and supporters who are in jail are accused of inciting the populace to violence.

The prosecution team interrogated Erian at Tora Prison on Wednesday about his involvement in incidents of Bein al-Sarayat, al-Bahr al-Aazam Street and Giza Square, during which 40 persons were killed as clashes erupted among Mursi's supporters, residents and security troops.

Comment: Egyptian analysts commented that the seizure of Mr. Erian, a senior leader in the Brotherhood's political arm and an adviser to president Mursi, appears to complete the incarceration of the organization's top leaders. He was among the most visible and outspoken leaders of the Brotherhood.

Clashes. Pro- and anti-Brotherhood students clashed at Azhar University in Cairo, prompting the university president to invite the police to restore order. At the al-Azhar university's main campus, students smashed windows, hurled chairs and covered walls of an administrative building with graffiti.

More than 20 students were arrested.

Comment: Erian's arrest has only been a matter of time and convenience because he is one of the top leaders in the Egyptian Muslim Brotherhood. Videos of the arrest showed him to be cheerful. Suppression is a familiar condition for the Brotherhood, which proved unable to function reasonably as a legal and open organization.

Al Azhar University is the top Islamic school of higher learning in Egypt. Its top leadership thus far has supported the ouster of Mursi and the actions of Egyptian Army chief General al Sisi.

What is significant is the lack of other responses to Erian's arrest. No demonstrations or protests have been reported except for the outbursts at Al Azhar. Egypt appears to be settling down to business over politics. The issues, extent and duration of weekly protests after Friday prayers will provide additional insight about the fragility of the return of internal security.