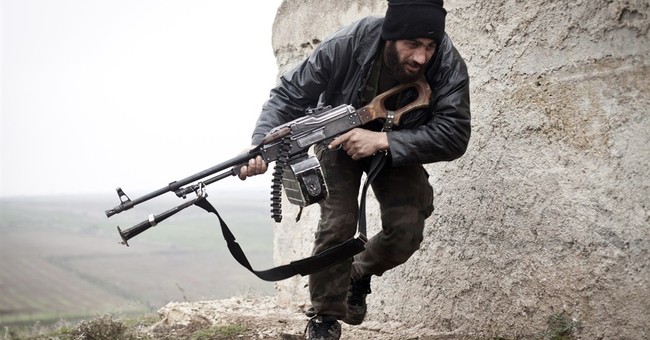 Japan-China: For the record. Japanese media reported on the morning of 19 September two Chinese Coast Guard ships entered Japanese territorial waters near the Senkaku Islands in the East China Sea on Thursday morning, according to the Japan Coast Guard.

The ships were spotted entering Japanese territorial waters around 7:10 a.m. and moved away about two hours later, according to the 11th Regional Coast Guard Headquarters in Naha, Okinawa Prefecture.

Comment: This is the standard line that the North uses. Its apparent simplicity resonates with the international media, but it implies that the North gets a do-over. The North wants the Western Allies to not hold it accountable for armed provocations, missile launches and nuclear tests nor for past broken agreements, such as the commitment to dismantle its nuclear program. The North now calls that past commitment "unreasonable."

At the same symposium, Chinese Foreign Minister Wang Yi said that "all parties should maintain restraint and work together to consolidate the hard-won easing situation in the Peninsula, set reasonable threshold for the resumption of the talks, push forward the objectives of the 19 September 2005 Joint Statement in parallel and improve the six-party talks mechanism to enhance its binding force and effectiveness."

Comment: Wang's statement encouraging all parties to "set reasonable threshold for the resumption of the talks" looks like a significant concession to the North Koreans to get the talks moving again.

Russia-UN-Syria: Russia yesterday denied that the UN inspectors' report of the 21 August sarin attack implicated Syria. Russian Foreign Minister Lavrov said, "There is still no answer to the question of where the missile was produced." Lavrov also questioned the U.N. report, saying there are "serious grounds to believe" the incident was a provocation carried out by the rebel side.

Russia-Syria: The Syrian government provided Russia new materials about the sarin attack outside Damascus on 21 August, according to Sergei Ryabkov, the Russian deputy foreign minister who is in Damascus for talks.

"The corresponding materials were handed to the Russian side. We were told it was evidence that the rebels are implicated in the chemical attack," Ryabkov was quoted as saying by Russian news agencies after talks with Walid al-Mo'allim, the Syrian foreign minister, late on Tuesday.

Ryabkov also said that Russia was disappointed with the UN report on the chemical weapons attack published this week because it was selective and had ignored other episodes.

Comment: Some US news outlets already have dismissed the new Syrian evidence.

Special comment: Human Rights Watch published a useful report with a map that showed range rings for what its author considers the likely firing ranges and location for the two rockets examined by the UN inspectors. The location was determined by back tracking the trajectory from the information provided in the UN report.

This report and map have received extensive news coverage because the commentary concludes that they implicate Syrian army units at a large Syrian army base. It includes a Republican Guard unit and an armored division. Some news outlets have cited this as conclusive proof that only Syrian units could have fired the rockets.

It is a useful and elementary thing to do with the UN information about the rockets. It is far from conclusive because so many assumptions have to be made in such an analysis and need to be stated up front, as assumptions.

Old hands at detailed military intelligence have done this kind of analysis hundreds of times over decades, on multiple continents and in multiple crises, but not usually from buried rocket bodies. Back tracking over distances measured in miles from the orientation of a buried rocket body requires even more assumptions. A threshold one is that the impact areas were not disturbed.

The UN inspectors said the impact areas had been traveled; people were seen carrying and handling pieces of munitions. These are buzz words for a contaminated scene and deception. The inspectors dutifully reported what they found and measured, but provided no assurance that the rocket bodies had not been moved, twisted or handled.

Another assumption is that the rockets flew true. Back tracking a trajectory from a buried rocket body that was fired from a multiple rocket launcher in a saturation attack is tricky because the rockets are unguided and are supposed to scatter. Compounding this problem is that the inspectors examined two different rocket bodies, one 140-mm in diameter and the other 330-mm.

That is important information for many reasons, including that the two would not have the same range, payload or impact. The inspectors said one of the rocket bodies they examined resembled an M14 rocket which is fired from the BM-14 16-tube rocket launcher. The map rings in the Human Rights Watch report were drawn using known BM-14 minimum and maximum ranges.

The UN report does not constitute proof that a BM-14 weapon was used, with its known range and characteristics. It only indicates that a rocket body like an M14 was examined.

Al Jazeera published on 17 September a video of a rocket manufacturing workshop run by the Free Syrian Army. It contains computer driven lathes. The video narrator said he was told the shop produces three kinds of rockets used by rebel forces, one of which has the same range as the BM 14 launcher. The shop makes the rocket bodies and motors, the warheads and the detonators. This is circumstantial, but relevant.

The back tracked trajectories were drawn to meet at the large Syrian Army base, but that assumes only M14 rockets were fired; the trajectory information is accurate and, critically, the Syrian army still uses BM14s. No one has explained the presence of the 330-mm diameter rocket plate. Open source information indicates the Syrian army does not have BM14s or rockets that are 330-mm in diameter.

There are other pitfalls in this kind of analysis, including examination of the influence of terrain, weather and other external factors. A major problem is that it satisfices. It has cognitive allure because it provides a quick, neat, seemingly comprehensive and easily understood solution.

That nurtures premature cognitive closure, which means the analyst prematurely stops his search for evidence. Contrary leads are not followed and additional, necessary corroborative leads that might nuance or alter the conclusions are ignored. Contradictory evidence is not given the weight or mental energy that is applied to the solution that satisfices. Other cognitive problems characteristic of bias follow.

In a more complete analysis, the next essential steps before presenting it to a senior official would be to determine the rocket launching capabilities of the suspect Syrian Army units; locate the rocket launcher units; locate the suspect chemical warfare depots or supply vehicles; identify likely firing sites on the base and look for signs that troops recently handled chemical weapons.There have been a sufficient number of Syrian army defectors that the answers should be easily available, probably from men who served in the suspect units.

Those appreciations might be followed by a search for likely firing sites from other locations. At least one range ring on the map overlaps an area identified as rebel-controlled, but with different azimuths.

The result of this is that there remain many open questions and all judgments about who fired are probabilities judgments. More field work is needed and the Syrian President said in an interview on the 17ththat UN inspectors have been invited back to Syria.

Administrative note: NightWatch thanks the many brilliant Readers who responded to the invitation to provide Feedback. We still do not know who is firing M14 or M14-like rockets.

Mali:Update. Mali's new government on Wednesday set 24 November as the date for the first parliamentary elections since a military coup last year.