America Has Been Fighting the Wrong Fights Against Terrorism 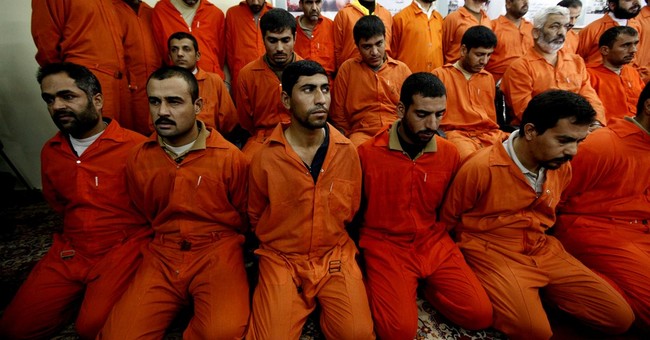 South Korea: Today, North Korea sent a notice to South Korea urging a response the North's proposal to hold working-level talks on the resumption of Mount Kumgang tours. The inquiry was sent through the communication line at the truce village of Panmunjom," the Ministry of Unification said in a statement.

In response, the government in Seoul sent the message that it preferred to hold such talks at Mount Kumgang on 25 September, rather than this Thursday, 22 August, which the North Koreans first proposed.

Comment: South Korea has segregated talks on resuming family reunions from talks about resuming tours to Mount Kumgang. South Korean officials judge them to be sufficiently different as to warrant separate working-level arrangements.

The talks on family reunions will occur in Panmunjom this month. The reunions will resume at the resort facilities of Mount Kumgang during the Chusok (Harvest Moon) celebrations from 18 to 20 September. Chusok is officially 19 September 2013.

Separately and subsequently, the 25 September talks on resuming tours to Mount Kumgang will take place at the Mount Kumgang resort.

US-Pakistan: The US Treasury on Tuesday set economic sanctions on a Pakistan Islamic school it branded a 'terrorist training center' supporting al-Qaida and the Taliban. The Treasury said the Ganj madrassah in Peshawar was being used as a training and recruiting base by two militant groups, as well as the radical Lashkar-e-Taiba blamed for the November 2008 Mumbai attacks that killed 166 people.

Special comment: NightWatch has observed during the last 12 years that anti-terrorist initiatives have seldom targeted recruitment and indoctrination of youth in the processes of terrorism. The main thrust has been on decapitation, which is never a permanent solution to terrorism, and on total destruction of terrorist groups which is always impossible.

Attacks on the reproductive systems of Islamic terrorism require pressure on madrassahs and specific rabble-rousing imams in order to dissuade Muslim kids from embracing violent jihad. The reproductive subsystems of a terrorist organization are always poorly protected and, thus, vulnerable to disruption at low cost. This self-evident truth seems to have been lost on Western counter-terror targeteers and analysts.

Numerous attacks in Afghanistan, for example, have been executed with the assistance and resources of jihadis trained at madrassahs in Pakistan. A madrassah in Multan, Pakistan, for years has maintained connections with several madrassahs in Helmand Province, Afghanistan, for the purpose of supplying suicide bombers and violent jihadis, according to published Afghan police interrogation reports. Suicide bombings in Afghanistan tend to be an international enterprise, invariably rooted in Pakistan.

Little attention has been paid to disrupting the reproductive/recruitment building blocks of violent jihadism in Afghanistan and Pakistan. Madrassahs in the heart of Pakistan are at least as anti-American as those in Peshawar, but receive little attention. Those in Peshawar always have links to the more prosperous mosque communities in eastern Pakistan. Sanctions on a madrassah in Peshawar are a good start , but only a start.

Neutering a living system by disrupting its ability to regenerate and to reproduce is a permanent solution to an infection, such as terrorism. Bravo for the US Treasury Department; it needs to do more quickly.

Egypt: Muslim Brotherhood sources reported anti-government marches in five towns today. Most of them were small. No violence or casualties were reported.

The marches today occurred away from the center of power. Every day since the clearance operations in the heart of Cairo on 15 August, the Brotherhood has moved its protests farther away from the city center. Apparently Muslim Brotherhood chapters now feel safer in staging small protests in suburbs of Cairo. That distance measures the success of the government forces in winning breakout fight.