Families Will Suffer Under Cap-and-Trade 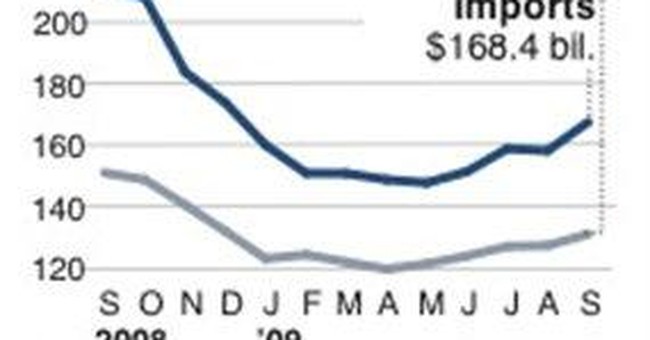 As the health care battle rages on, pundits are quick to point out the importance of doing reform right - after all, it composes one-sixth of the American economy. Unfortunately, harping on that number seems to have reminded Congress of one thing: there's a whole lot of the economy left to take over!

Enter the Kerry-Boxer cap-and-trade bill, the Senate counterpart to this summer's barely-passed Waxman-Markey House bill. Released on September 30, the "Clean Energy Jobs and American Power Act" has flown largely under the radar, benefiting from the sound and fury over health care. The issue is deserving of far more attention, however, because of the devastating impact it will have on American families.

Stone's concerns were echoed a week earlier by CBO director Doug Elmendorf, who wrote on his blog

In other words, these economists are warning that it's not the rich, but average American families and those families who have the least will be hit hardest by the inevitable increase in prices that will result from a bill that's effectively a tax on carbon-and therefore a tax on everything.

Elmendorf also acknowledges that the economy will take a hit, stating that the House bill "would reduce GDP below what it would otherwise have been-by roughly .25 to .75 percent in 2020 and by between 1 and 3.5 percent in 2050." He dismisses that finding by asserting that the economy is predicted to grow "so those changes will be comparatively modest." But given the other tax burdens soon to be placed on the American public (a trillion dollar health care plan and the expiration of the Bush tax cuts, to name just two) it's much less certain that the economy will grow as predicted.

Politicians try to disguise the impact that cap-and-trade legislation will have on American families. After all, it's not a direct tax on individuals. Yet the effect will be the same. The cap-and-trade bills impose additional costs on energy production and use, in order to discourage the use of "dirty" fuels and energy-intensive processes while rewarding industries deemed "green." Businesses that emit carbon - manufacturers, utility companies, and refiners - must buy carbon dioxide permits as a condition of doing business, and those are certain to be passed on to consumers.

Hopefully families will still have jobs, of course, but cap-and-trade will make that less likely too. When faced with higher prices, businesses will be forced to make tough decisions. Simply speaking, the more resources companies have to devote to utilities, the less they will have for employees' salaries and benefits.

At a time of high unemployment and looming inflation, the nation can scarcely afford yet another government tax - yet Congress seems bound and determined to burden struggling families and the struggling economy. Politicians can try to disguise or downplay the real economic consequences of this legislation, but American families can't afford to be fooled: this legislation will drive up costs on everyday items and hit poor families the hardest. Is this really the direction we want Congress to take?