In London, Trump Won With Misdirection

Nicholas Waddy
|
Posted: Dec 06, 2019 12:01 AM
Share   Tweet
The opinions expressed by columnists are their own and do not necessarily represent the views of Townhall.com. 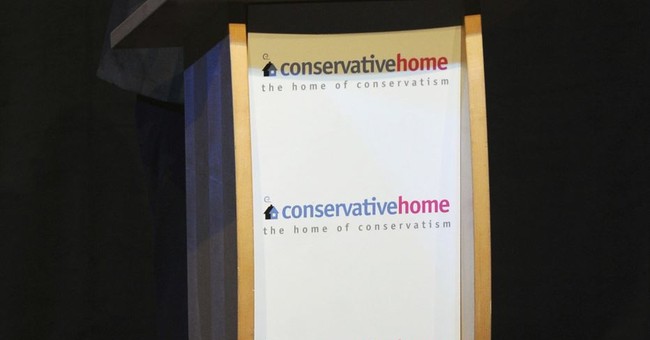 President Trump is an able politician, but he is seldom praised for his subtlety. At the NATO summit in London, however, he carried the day by precisely those means: he used rhetorical legerdemain to outmaneuver his critics.

Much as the media might like to pretend that the recently concluded NATO summit was about NATO when it wasn't. NATO is a sideshow. It is a moribund, rudderless organization — “brain dead” or “obsolete,” depending on whether you want to take your cue from the president of France or the USA.

NATO was formed to contain the aggression of a certain nameless communist superpower that no longer exists, except in the diseased imaginations of inveterate Russophobes and Russophobic charlatans. NATO today is but a glorified debating society, and the topic of debate is always the same: what is NATO? And does anyone still care?

This week's summit wasn't, therefore, about NATO at all. It was about the upcoming British election, on which the future of Britain so obviously hinges, and quite possibly the future of the United States and Europe as well.

Boris Johnson, the sly, impish sitting Prime Minister, is a conservative, a Brexiteer, and a rare friendly face in Europe for Trumpers. The average of the polls predicting the outcome of the December 12th general election in the U.K. suggests that Johnson's Tories will triumph by around 10 points. That's more than enough to build a solid conservative majority that will both carry Johnson's revised E.U, withdrawal agreement over the finish line, and guarantee the continuation of Tory rule for another five years, or more. This means, at a minimum, that a Trump ally will imminently win re-election, despite his personal unpopularity among U.K. voters, providing Trump with diplomatic cover and a useful road map for how a brash, populist conservative can prevail against the headwinds of elite and media disdain. That's all to the good.

Johnson's impending victory, however, could portend much more than this. It could also set the stage for a much-ballyhooed free trade agreement between Britain and the United States. If it came soon enough, and perhaps in combination with a resolution to the U.S.-China trade war, that trade agreement could give Trump's re-election bid a significant shot in the arm. Even if the agreement is still in the planning stages, though, it will prove that Trump's America has powerful friends abroad. Indeed, it could mean that the “special relationship” between Britain and the U.S. becomes, under Trump, stronger than ever.

The upside for Johnson and Trump doesn't end there, however. Boris Johnson's primary argument to voters in the general election is that, having voted for Brexit, and having watched their political elite procrastinate for three long years, Britains now simply want to get Brexit done. Johnson's revised withdrawal agreement gives the U.K. the chance to do exactly that. Every conservative candidate has promised to vote for the agreement, moreover, meaning a conservative victory guarantees Brexit. Given the polls, therefore, the chances of the British political establishment weaseling out of Brexit have never been lower. The chances of Brexit coming to pass have never been greater.

And Brexit may be just the beginning. Once one major E.U. member makes its exit, and once the consequences (almost inevitably) prove less damaging than the Remainer catastrophists have long suggested, other E.U. states may seriously contemplate leaving the group. If the British economy booms, aided by stronger trade ties with the U.S., the termination of E.U. bureaucratic mismanagement, or by the lifting of the veil of uncertainty that has vexed the British economy for three long years, then the chances of an E.U. crackup increase exponentially.

Should that happen, the long-discussed possibility of the formation of an alternative locus of western power, perhaps based in France and/or Germany, and potentially able to displace the United States as the leading force in Western Civilization, would come to nothing. The E.U.'s pretensions to sovereignty and to superpower status would evaporate, leaving the U.S. and, to a lesser extent, Britain in a dominant position in the western world. France and Germany would be left with fine wine and Lederhosen, respectively, and a great deal of hurt pride, but very little else. Trump and Johnson would be veritable masters of the universe.

All these magnificent possibilities are just one week away from becoming probabilities. The only thing that remains is to translate Boris Johnson's strength in the polls into a convincing victory on election day.

And that, no matter what anyone else may say, was Trump's main, and arguably even his sole objective in London: first, do no harm to the British version of Trump. In other words, Trump had to be careful not to upset Johnson's momentum by seeming to intervene in the British election campaign. Johnson's main opponent, Labour leader Jeremy Corbyn, is woefully unfit to be prime minister, even in the eyes of many Labourites, luckily. Only a broadside from Trump, who is widely despised internationally and in Britain, could have given Corbyn the shot in the arm he so desperately needs. Trump, instead, gave Corbyn, and the election itself, a wide berth. That was exceedingly wise.

In fact, Trump did better than that. Knowing that “good behavior” would have been suspicious in diplomacy's bad boy, during the summit Trump let several fellow NATO leaders have it: Macron and Trudeau, to be precise. They must have wished that they were running for re-election next week! Serving as Trump's momentary whipping boy is perhaps the closest to “greatness” that either man will ever come. But, alas, it was Corbyn who needed to attract Trump's ire, and he did not. Alternatively, Trump might have embraced Johnson too warmly, and from that Corbyn also could have made hay, but that too never happened.

The outcome of the NATO summit, therefore, was straightforward: it left NATO twisting in the wind, as usual, but it also left Boris Johnson and the Conservatives on a clear, even irresistible, path to electoral victory and even long-term political supremacy in the United Kingdom. For once, Trump and Johnson, to secure victory, had only to do nothing — and, somewhat against their natures, they managed it.

Britain, the United States, and Europe may never be the same.