Nicholas Waddy
|
Posted: Jun 20, 2019 10:01 AM
Share   Tweet
The opinions expressed by columnists are their own and do not necessarily represent the views of Townhall.com. 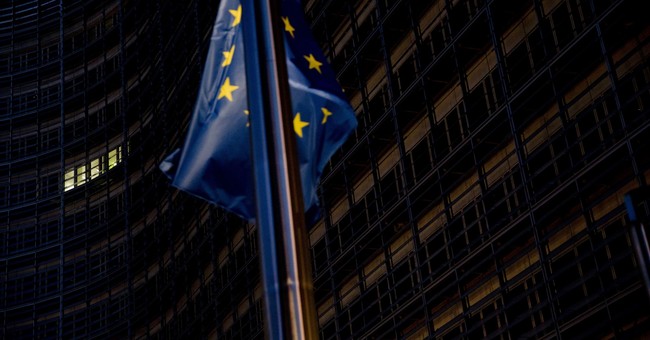 Americans must understand that, as threatened as our rights of free speech are in this country, in Europe the battle to protect free expression might already have been lost. The euro-socialist thought police are vigorously suppressing forms of speech that are considered offensive to feminists, the LGBTQ community, and ethnic and religious minorities. The difference, however, is that while in America the P.C. crowd must rely mainly on intimidation, in Europe the law is frequently on the side of the would-be censors. Those who offend euro-socialist speech codes can end up not only silenced, but fined or imprisoned.

In Germany, Facebook and Twitter have been threatened with massive fines for failing to curb “hate speech.” Poland banned any suggestion that Poles may have been complicit in the Holocaust. Britain's Public Order Act (1986) made “expressions of racial hatred” illegal. Britain also reserves the right to suppress “extremism” in any form. Even religiously-motivated opposition to homosexuality can incur fines or jail time. In a variety of European countries, “xenophobic” remarks attract police interest, and in Germany, they can even jeopardize parents' custody and visitation rights. In the Netherlands, police “intelligence” units monitor social media to nip haters in the bud. In Germany and Austria, “insulting or belittling” others is a criminal offense. In Denmark, it is illegal to demean the flag of the United Nations! The list goes on.

The latest example of European intolerance for free speech came in an announcement by the Advertising Standards Authority, which regulates advertisements in the United Kingdom — the very cradle of liberty. The ASA has decided that “harmful gender stereotypes” will henceforth be banned.

And who will decide what is “harmful” or what constitutes a “stereotype” (presumably even what constitutes “gender” is up for debate)? The P.C. crowd, of course. Those who believe that “making assumptions about how people should look and behave might negatively restrict how they see themselves and how others see them, and limit choices they make in life.”

But don't worry — only gender imagery that is “likely to cause harm or serious widespread [offense]” will be banned. It doesn't take a genius to figure out how this vague standard will be applied: gender “stereotypes” that rankle feminists will be obliterated, and those that stigmatize men or masculinity will be retained, because of their insights, or simply because no one cares what men think or how they feel.

Simply put, creating an advertisement that references gender but that offends no one is impossible. The best the leftist enemies of free speech can do is to eliminate ideas that offend them. And that is exactly what they will do.

So, for instance, ads that portray women as primarily responsible for cleaning their homes (which, for better or worse, is the reality in most homes), that portray stereotypically unattractive people as suffering in any way because of their unattractiveness, or that portray a man as courageous or a woman as nurturing, might fall afoul of the new guidelines.

The result, presumably, will be that only ads that turn old gender stereotypes on their heads will pass the political smell test and thus will appear on air or online. Britons should get ready to see a lot of social-justice-warrior female scientists and demure house-husbands, because those are the only gender references that will be permissible in the brave new world of “wokeness” that they will inhabit.

The damage that this campaign of social engineering via the regulation of free speech can do is incalculable. Not only will conservatives and traditionalists be marginalized, at best, and muzzled, at worst — in addition, a healthy, rational debate about gender (or race, or religion, or any controversial topic) will be impossible. When ideas that are “harmful” are banned, this means that the public discourse will be sanitized of dissent.

With respect to gender, moreover, there are inherent, biological differences between men and women — differences with which leftists and euro-socialists refuse to come to grips. It is highly unlikely that a world in which men and women take equal responsibility for child rearing, for instance, or enter the engineering profession in equal numbers, will ever exist, not just because of “cultural stereotypes,” but because of inborn differences between men's and women's brains.

The social-cultural universe that P.C. ideologues want to construct, however, simply will not acknowledge the disconnect between their aspirations and reality. Thus, the gap between theory and practice will grow into a chasm, especially given that it will be impermissible even to point it out. The prospects for the creation of a just, tolerant, and even a functional society become exceedingly bleak in this scenario because people need to see the world as it is, not as the leftists want it to be.

Conservatives need to fight back, as P.C. left-wingers chip away at free speech rights, both in America and overseas. That much is clear.

In reality, though, this is not just a battle for conservatives. It is a battle for anyone who loves freedom and truth.

It is also, of course, a battle for anyone who despises liberty and the world-as-it-actually-is, in favor of a vision of mass conformity and euro-socialist egalitarian bliss. Sadly, those forces grow stronger every day.