President Trump: Look to Mexico City, not Washington, for a Solution to the Border Crisis

Nicholas Waddy
|
Posted: Apr 19, 2019 12:01 AM
Share   Tweet
The opinions expressed by columnists are their own and do not necessarily represent the views of Townhall.com. 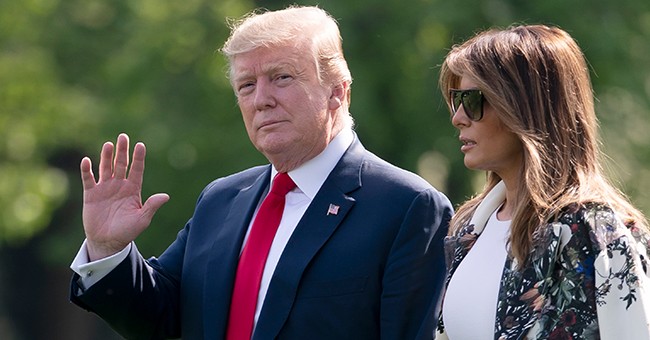 We are now on pace to be deluged by over one million migrants at the southern border in 2019. The crisis at the border is officially out of control, but every good-faith effort by the Trump administration to crack down on the migrants, who invariably make phony asylum claims, is quashed by the federal courts. The Democrats in Congress, meanwhile, refuse to admit that there is a border crisis, and they certainly would never dream of passing sensible legislation in response.

What's a president who abhors illegal immigration to do? As President Trump has discovered, the powers of the presidency are paltry in the face of judicial, media, and bureaucratic obstructionism. The Wall will someday be built, yes, but that is a Pyrrhic victory, so long as a migrant, once he steps foot on American soil, is supposedly entitled to stay here.

Faced with such a formidable threat to our sovereignty, as well as to the safety and quality of life of the American people, President Trump must take bold action. He can make little headway within U.S. borders. He should, therefore, attempt to cut off the flow of migrants either at its source, primarily in Central America, or in Mexico.

The President of the United States has broad authority to impose sanctions on foreign countries. He is currently using that authority to prosecute a “trade war” with China, and he has placed sanctions on other countries as well: North Korea, Russia, Venezuela, Nicaragua, Cuba, the EU, Iran. In fact, the U.S. can exert enormous influence on the economies of foreign states, and not just because of our trading prowess. We dominate the international finance system, and we can place foreign companies in grave legal jeopardy.

In the case of Mexico and Central America, we have even greater leverage, because we are one of their main trade partners, and we are a source of valuable remittances — funds sent by foreign nationals living and working in the U.S. back to their families.

In short, the U.S. can inflict tremendous economic pain in any country we wish, especially those south of the border. President Trump, in threatening to close the U.S. border with Mexico and to put tariffs on cars exported from Mexico, showed a willingness to operate these levers of control — but so far we have not translated threats into concrete action.

I propose that the Trump administration formulate a policy to apply maximum pressure on Mexico and Central American countries to stop the northward flow of migrants. Such a policy would use both the carrot and the stick: it would promise to boost U.S. aid to, and trade with, countries that demonstrate progress towards ending illegal migration, and it would inflict punishment on countries that allow migration to continue. This punishment, to be effective, must be severe. It need not be instantaneous since it will take some weeks or months for these nations to get a grip on the malevolent forces behind human smuggling and trafficking, but there must be no doubt that the economy of any country that abets the infringement of U.S. sovereignty will be wrecked. Trade sanctions must be harsh, aid must be cut off, and remittances must be sharply reduced or eliminated. We have the power to deliver this kind of pain, and we should not hesitate to use it.

In fact, not only should we be prepared to employ economic leverage to bring Mexico and Central American nations to heel, but we should make it clear that we will deploy other resources as well. If, for instance, politicians in these countries are complicit in schemes to smuggle and/or traffic human beings, or to transport illegal drugs, then criminal charges should be issued. We can and should make these countries' leaders into wanted men. Moreover, if the U.S. knows about the activities of human smugglers, traffickers, and other criminals in Mexico or in Central America, there is no reason why U.S. law enforcement authorities, or the U.S. military, should not, in “hot pursuit,” enter the territory of these nations to bring these rogues to justice. After all, sovereignty is a two-way street: if Mexico and the “Northern Triangle” countries do not respect our borders, we need not respect theirs.

Within the United States, unfortunately, President Trump is at the mercy of the federal courts and the Congress, both of which are determined to shield illegal immigrants from deportation and from justice. That is a sad state of affairs, but it is a fact.

Beyond the borders of the United States, however, the courts and the Congress have little or no authority, and President Trump, as Commander-in-Chief, can take whatever action he deems necessary to secure the American people from any and all threats.

It is thus by compelling Mexico and Central American countries to terminate the flow of migrants that Trump will achieve his goal of defending the U.S. border and safeguarding U.S. sovereignty.

Mr. President, it is time to put the screws to our neighbors to the south.