Neil Patel
|
Posted: Mar 05, 2021 12:01 AM
Share   Tweet
The opinions expressed by columnists are their own and do not necessarily represent the views of Townhall.com. 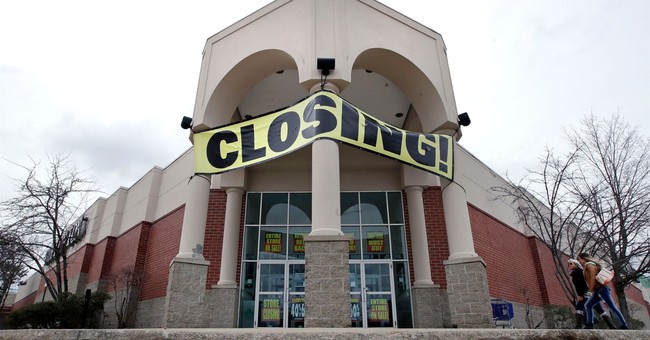 Did you know America is going bankrupt? Most people don't. Maybe the saddest part about our country's state of affairs is that all our vitriol and dysfunction has come at a time when we aren't even addressing our biggest problems. It would be one thing if America collectively decided we have to be honest about where we are as a country and we were in the middle of a charged debate about how to fix it. Instead, we are fighting about trivial things while pretty much everyone in the country, on all sides of the political spectrum, has decided our real problems are so bad we may as well ignore them. Have you ever had a friend who's had some horrible, embarrassing event in their life? The last thing you want to do is mention it. That's America and our debt problem. It's so bad that we don't talk about it anymore.

It was a full 10 years ago that we were so focused on our debt that then-President Barack Obama was forced to set up a national commission to deal with it. The bipartisan commission led by former Bill Clinton Chief of Staff Erskine Bowles and former Republican Sen. Alan Simpson came up with a series of recommendations, including tax hikes and reforms to our entitlement programs. They were attacked by both the right and left, and none of the solutions were enacted into law, but at least we were trying.

When the Bowles-Simpson commission was formed, America was about $13 trillion in debt. Today, we owe more than double that, more than $26 trillion. Those numbers are so big nobody understands them. To put it in perspective, our entire economic output in 2020 was $21 trillion. If America could magically not spend a dime -- nobody bought anything, including food or other staples -- and we put it all toward paying off our federal debt for an entire year, we still wouldn't pay it off. In more personal terms, our federal debt now amounts to more than $81,000 for every single person in the country, or over $227,000 for the average household in America.

If the problem is twice as bad as it was 10 years ago, why don't we even discuss it anymore? It's as if we are so close to the iceberg that it's too late to avoid it. Let's just keep the band playing and enjoy things while we can. It's all going to be our kids' problem. This is, of course, a fundamentally anti-American sentiment. The goal of leaving things better for your kids is as American as apple pie. We are certainly not doing that any more.

Our national desire to wish our problems away is so severe that we have even come up with an intellectual framework for it. Modern Monetary Theory, or MMT, is the belief that deficits and debt don't really matter for a sovereign country that can print its own currency. Need more money? You just keep printing more. It's like magic. The bill never comes due.

MMT proponents ignore or explain away the downside to the constant printing of money and issuance of debt, including our creditors losing faith and no longer buying our bonds, hyperinflation and the consequences for the dollar as an exchange traded currency. Despite these huge flaws, it's amazing the extent to which MMT has caught on as a convenient political excuse to continue ignoring our imminent debt disaster.

What will happen in a debt crisis; why are we ignoring this obvious and impending catastrophe; and what should we do about it?

At some point, as we continue to borrow money, the interest we pay on our debt will be so high we will not be able to afford the rest of our budget. The solution will be to borrow more. As the borrowing binge grows, those buying our bonds will grow worried and demand a higher return. This, in turn, will create a vicious debt cycle, which has already happened in many countries around the world. The result is catastrophic reductions in spending and increases in taxes to try to satisfy creditors to keep the money flowing. The only reason we haven't seen it yet in America is we are such an economically powerful country that our creditors have not yet lost faith in our ability to pay it off. If that day comes -- and unless we make changes, it eventually will -- the crisis is going to hurt all Americans.

We are ignoring our looming debt crisis because it's not a winner politically. Both parties contributed to the problem. The Bush, Obama, Trump and Biden administrations will all be to blame. Republicans, traditionally the party of fiscal responsibility, have lost all credibility on the issue. After shutting down the government over spending under Obama, they spent happily at record levels under Trump.

It's attractive for politicians to keep taxes low and spending high. Each of our last four presidential administrations has benefited from this dynamic. Wall Street and global business, which dominates Washington policymaking, has also benefited greatly. These corporate actors care about their next financial quarter a lot more than our country's state of affairs 10 or more years down the road. This period will be looked upon by historians as the saddest time in our history: a once-great country behaving so selfishly and with such short-term interests that they sold their children's futures away with barely any debate.

The biggest cop-out in Washington is the presidential commission. It rarely accomplishes anything. Yet our situation is so bad that another bipartisan commission may be our best bet. The commission should include both corporatists and populists. As much of a cop-out as this is, we are not prepared to begin debating real solutions (which will involve some pain). Shining a light back on the problem may be all we can accomplish today. We should start.