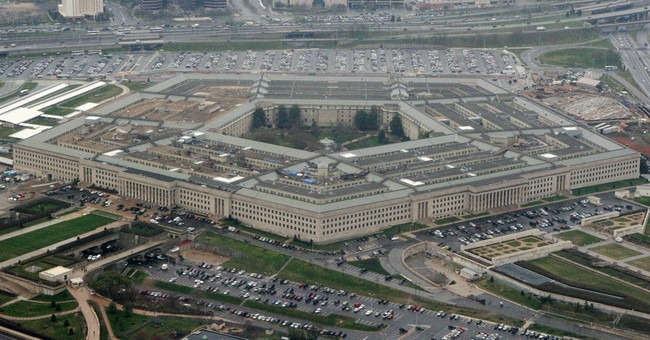 The congressman representing the northeast corner of Georgia is angry about the way the military chaplains serving under President Barack Obama are treated.


There’s a negative vibe about religious programs in the military from the Obama administration and the Pentagon down, said Rep. Douglas A. Collins, who represents Georgia’s 9th Congressional District.


Collins is an attorney serving on the House Judiciary Committee and a Southern Baptist pastor. He served as a Navy chaplain in the 1980s and after the Sept. 11 attacks joined the Air Force Reserve as a chaplain. Before his 2012 election to Congress, he deployed to Camp Balad, Iraq as a chaplain and he is still on the major is still on the Air Force Reserve's duty roster.


Being the only military chaplain in Congress gives Collins a perspective slightly different than other veterans. He sees his service to the nation as a service to the others serving.


He is also more aware of how today's military leaders gain more from sticking it to chaplains, than by working with them.


The married father of three said the fact that in March, the Air Force banned gate guards at Robins Air Force Base, Georgia from saying: “Have a blessed day” and then conducted an investigation before lifting the ban, tells him that middle-grade officers have got the message that it is better to forgo religion and religious practices.

“In an unofficial way, it has filtered through the ranks: 'Here is something you need to be aware of' or 'Don't ever get caught with this going on on your base,'” he said.


The native of Gainesville, Georgia said there are rules and guidelines for how chaplains behave and perform their duties, he said. “If a chaplain oversteps, then, of course, they need to be corrected.”


“What we are seeing is people seemingly going out of their way,” he said. “It is from a perspective of trying to chill the chaplains from doing their job, from being that faith-spiritual-mental component.”


The congressman said there have been many examples of military leaders targeting chaplains unfairly, such as the situation at Camp Merrill, Georgia, where Army chaplain Capt. Joseph Lawhorn, 5th Ranger Training Battalion, received a career-threatening letter of concern from Col. David G. Fivecoat, the commander of the Airborne and Ranger Training Brigade.


Fivecoat wrote in the letter to the chaplain that he was concerned that he had violated the Army's Equal Opportunity policy when he shared how his Christian faith helped him cope during a Nov. 20, 2014 suicide prevention training.


Another example, the congressman said involved Navy chaplain Lt. Cmdr. Wes Modder, who March 24, 2014 was given a no-contact letter from his commanding officer. The letter forbade Modder from interacting with sailors at the Naval Nuclear Power Training Command, Goose Creek, South Carolina.


The chaplain, who served as a Marine before entering the cloth, was once a beloved chaplain to Navy SEALs and his assignment to NNPTC was at the personal request of a four-star admiral.


Modder was the subject of a complaint by a junior officer in his office. The lieutenant junior grade spent one month of peppering the commander with questions about homosexuality, sexual relations outside of marriage and the state of morality in America, and then slapped a five-page summary of the chaplain's offenses on his desk.


Collins is especially ticked off by the decision in April by the commanding officer of the Naval Station Great Lakes, Illinois, the Navy's largest training center and boot camp, to tell religious volunteers at the base's chapels to shove off.


Lay volunteers at the training center served religions without chaplains, such Druids and earth-centered practices, he said.


The Air Force chaplain said that he rarely agrees with Michael L. “Mickey” Weinstein, the founding president of the Military Religious Freedom Foundation, but they are in complete agreement on the dismissal of lay volunteers at Great Lakes.


Collins said the Navy has relented and is allowing some volunteers back on the base, but it forces him to wonder what else the Great Lakes commanding officer does with his time.


“You're telling me that's all he has to do?” the congressman said. “He's gotta spend time taking on volunteers, who take their time to come in and help young naval recruits get through basic training—he has that much time to ban them? I am sorry. He needs a priority check. He need to look at his calendar and get back to what he needs to be doing.”


The Georgian said he was further incensed by the Navy's unmotivated response to his inquiries about the situation at Great Lakes.


In fact, the Navy replied to the congressman's official inquiry through Capitol Hill's military liaison office with an article about the dismissal in the Chicago Tribune.


“I'm sorry,” he said. “But, if you are that flippant about answering a question from a Member of Congress that is a problem.”


“It is a shame that a Member of Congress has to highlight these issues,” he said. “Hopefully, the military will understand this is not something they want to continue to pick on.”