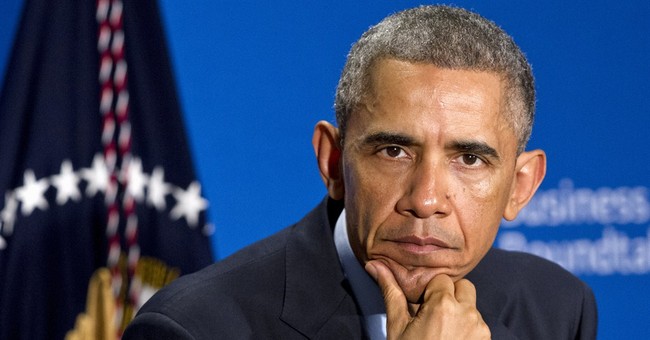 In his march towards total government control of American lives, President Barack Obama strikes at Medicare Advantage, or Medicare Part D, in his new budget released Feb. 2 for fiscal year 2016.

“The Budget proposes to give the Secretary of HHS the authority to negotiate drug prices for biologics and high-cost drugs in Medicare Part D to help ensure access to and affordability of these treatments,” according to “Investing in America's Future,” the White House's FY 2016 budget narrative. “This proposal is one of a range of potential solutions to address these growing costs, and the administration looks forward to working with the Congress on this challenge.”

This is not the first swipe the president has taken at Medicare Advantage, but this year the White House is pushing harder compared to its previous attempts.

Of the reforms and tinkering, the two significant changes proposed by Obama are giving the Health and Human Services secretary authority to dictate drug prices and the shortening of the brand-name drug use window from 12 years to eight years before the program is allowed to use generics.

As soon as HHS starts setting prices, the drug companies will start to take their drugs off the manifest—if the price is set too low. The other side is that once the HHS starts setting prices, the price could be set too high, out of ignorance or corruption. Either way, some federal hack is picking winners and losers, rather than the competitive market.

Nobody on first glance has a problem with the expanded use of generic drugs. For existing brand-name drugs, taking the 12-window down to eight years will not have a major effect, since the drugs are already developed and on the market.

The generic drug companies have no development risk and no research and development cost, so it is their lucky break to be the first winner in the president's proposed reforms.

Regardless of the proper and focus-grouped phrasing, the target is the Medicare Advantage program itself and the real result will be a more control over access to the pharmaceuticals senior citizens depend on to live healthy and independent lives.

The program is a voluntary add-on to a senior's Medicare coverage, where seniors pay a premium and deductibles for one of the more than 1,500 private sector drug insurance plans. There are something like 30 million senior Americans participating in the program that is relentlessly popular and under-budget.

Medicare Part D, established in 2003, was not a conservative program or conservative goal. In fact, back when the Republican Study Committee was a conservative bloc inside the House GOP, members of the RSC proposed delaying its launched as a budget pay-for in exchange for federal funds to relieve the victims of Hurricane Katrina.

Theplan was first proposed by President William J. Clintonas a pure give-away that polled off the charts, but could not get through the GOP-controlled Congress. In the star-crossed 2000 presidential election campaign, Democrats made access to drugs one of its central themes.

Although Republicans understood the problems with government intervention into another part of the health care market, they were not profiles of courage when faced withWinifred Skinner, the elderly woman Al Gore's campaign drove around the country in a luxury Winnebago with a five-person entourage, so she could tell reporters that she ate dog food because of the cost of her medicine.

The Republican response was to acknowledge the political reality that people wanted the elderly to have a government drug benefit and thus came Medicare Advantage, a government program that subsidizes the premiums, but otherwise steps aside.

In the hands of the Republicans, the Clinton-conceived program was raised as a first step towards privatizing the government's role in health care—and this is the reason why Obama and the Democrats need to destroy it—before it spreads.

For what it is worth, if Obamacare was converted to a similar straight-out subsidized premium scheme with plans that crossed state borders, instead of having the infected horse blanket known as the Patient Protection and Affordable Care Act, most folks, even conservatives would take that deal and move on.