Evangelizing on the World Wide Web 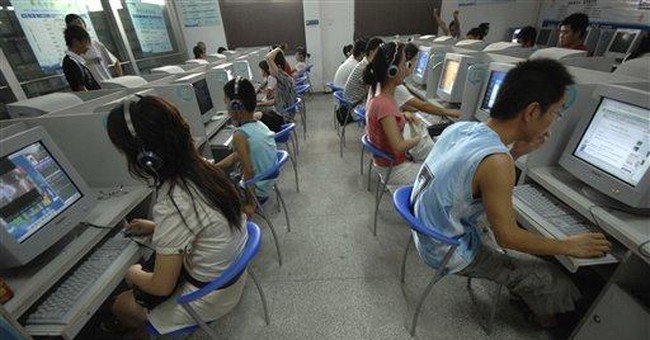 While corporations, nonprofit organizations, political campaigns and other human endeavors continue to take advantage of the far-reaching capabilities of the Internet, the world's most noble endeavor continues to be the bringing of the Good News of Jesus Christ to billions of people. And this important ministry is being undertaken on the Internet with astounding results by an organization known as Global Media Outreach.

Global Media Outreach is the Internet ministry of Campus Crusade for Christ International. The vision of GMO is to give everyone on earth multiple opportunities to know Jesus, see hundreds of millions accept Christ and see them grow in their faith and connect them to Christianity everywhere.

With a highly personalized approach, seekers from all over the world experience Christ through evangelistic web sites, personalized response from volunteers and ongoing discipleship programs. These web sites present the gospel in over 100 languages and this technologically advanced ministry may become a model for future evangelizing for many other organizations once Christian leaders grasp the success of GMO's program.

For example, in 2007 GMO exceeded its goal of reaching one million people, with more than 1.3 million people saying they made the decision to turn their lives over to Jesus Christ that year.

During 2007, the ministry focused on reaching people where they live, leading to the development of sites such as LookToJesus.com in a variety of languages. Their techno-evangelists launched video sites around marriage, finances, relationships, addiction and other life issues, as well. GMO also tested and launched evangelism on cell phones – a project that has received an enormous response.

The group receives upwards of 1,000 emails daily from people seeking prayer, discipleship and wanting more information on Jesus. And Global Media Outreach continues to research and expand programs for using technology to share the gospel.

The GMO strategy is simple: move people from isolation to connection and from information to transformation. They plan to utilize Internet-based outreach and communication technologies in text, video, audio on multiple platforms. The high-tech savvy evangelical group uses computers, iPods, cell phones, Podcasting, Internet radio, TV, film and other emerging communication technologies in order to fulfill its sacred mission.

One of GMO's goals is to present the gospel in languages covering 85% of the over one billion people using the Internet, bringing them God's word in English, Chinese, Japanese, Spanish, German, French, Korean, Italian, Portuguese, Dutch, Arabic and Russian.

Even more, GMO has developed a unique response system that can securely empower thousands of people as online missionaries to personally share their faith one-on-one through the Internet as they respond to seekers.

And unlike many traditional evangelical groups, GMO is interested in following up on new believers by providing direction within the same medium that was used to bring them to the Lord in the first place. GMO has taken a new step in discipleship to help people after they make an initial decision with the launch of iChristianLife.

iChristianLife has been designed to provide a multimedia approach to Christian discipleship, worship and Bible study. Focusing on multiple areas of Christian growth, the web site provides encouragement and learning for a new or recommitting Christian. Content on Jesus, the Bible, church, and prayer combine with worship and connection gateways to give a broad set of options for Christian growth. The web site also assists the new Christian in finding a Bible-reading Christian church in his or her location.

GMO also provides assistance and training online to volunteers who wish to use their personal computers to help bring the message of salvation to others.

Christians seeking a meaningful ministry will find a home on the Internet with Global Media Outreach and its multi-media evangelism.