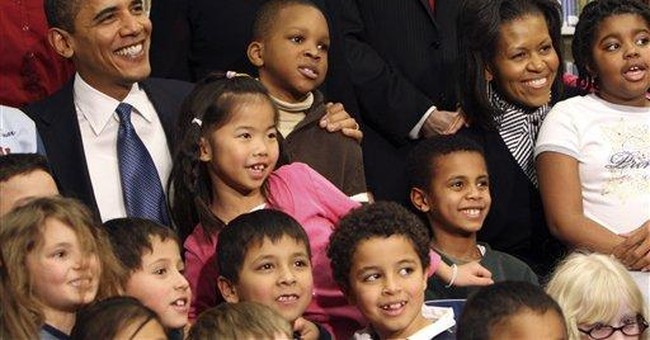 When Barack Obama won the presidential campaign of 2008 along with sizable Democratic majorities in the House and Senate, many conservatives say that they knew things were going to get worse for America. They just didn’t know how bad it would be -- but it’s becoming clearer and clearer with each day, according to political activist Sal Russo.

"We’re under assault from liberals in Congress who have gone on a spending spree to the tune of over $10 trillion. Taxpayer-funded bailouts have been passed against our consent. Taxes are being raised. And now the Obama Administration is warning law enforcement to focus their attention on the dangers of conservatives," wrote Russo in a press release announcing his organization's multi-media membership drive.

The Our Country Deserves Better Political Action Committee (PAC) recently launched a Facebook.com page to increase its membership. To date, they have attracted over 10,000 members and counting. They hope to continue to increase their members and donors in order to fund their upcoming projects.

For example, the Our Country Deserves Better PAC will begin broadcasting television and radio advertisements to support the New York conservative and Republican congressional candidate, Jim Tedisco, while opposing the liberal Democratic candidate, Scott Murphy. The radio and television ads will air in both the Albany and New York City media markets.

In addition, they are planning an RSVP program for the upcoming "Tea Party Express" that takes place this August 28 - September 12 in cities throughout that nation.

However, it's the PAC's use of Facebook.com that is aiding them in creating support for conservative candidates by garnering members through social networking. The group also utilizes FB's messaging system to communicate with it's Internet members and prospective members.

Our Country Deserves Better PAC is leading the fight to champion the Reaganesque conservatism of lower taxes, smaller government, a strong national defense, and respect for the strength of the family as the core of a strong America, according to the organization's chairman, Honorable Howard Kaloogian (Republican-California, 1994-2000), who served in the California State Assembly.

Kaloogian has been a leader in numerous conservative causes. In 2003 he launched the historic Recall Gray Davis Committee, which helped recall Democratic Governor Gray Davis -- the first recall of a statewide official in California history. Kaloogian made countless national media appearances advocating on behalf of the recall effort, such as MSNBC's Buchanan & Press.

Considering Ronald Reagan to be his greatest political hero, Kaloogian not only served as member of the Ronald Reagan Legacy Project, but he also went on to lead the Defend Reagan Committee. He has worked with an array of national conservative leaders on a host of pertinent public policy issues facing America and assisted such conservative stalwarts as the late Jack Kemp, former Attorney General John Ashcroft, and former House Speaker Newt Gingrich.

Kaloogian is ably assisted by his co-chairman Sal Russo, who got his start in politics by working as a Special Assistant to Ronald Reagan. Russo has spent over 30 years in the field of political consulting and public affairs. He has been a senior advisor to several Republican presidential campaigns.

A renowned consultant and strategist, Mr. Russo's expertise extends to every aspect of the profession. Russo's early conservative influence can be traced back to Barry Goldwater, who inspired Russo to become active in political causes while in college. Soon thereafter he met Reagan and his life was forever changed.

Mr. Russo went on to become a leader in Republican campaigns at the state and national level, and helped freedom-loving people in campaigns around the world. He helped Violetta Chamorro win her election victory in Nicaragua. He has been an acclaimed advocate for the pro-American Kurds of Iraqi Kurdistan. And Russo was also active in helping the Ukrainian independence movement to obtain freedom for the people of Ukraine.

For more information regarding Our Country Deserves Better Committee, please contact Kelly S. Eustis at kseustis@eusatrix.com or 518-796-8999. And visit the organization's Facebook site.