The Bizarre Regulatory Idolatry of the Patent Lobby

Mytheos Holt
|
Posted: Mar 08, 2017 12:01 AM
Share   Tweet
The opinions expressed by columnists are their own and do not necessarily represent the views of Townhall.com. 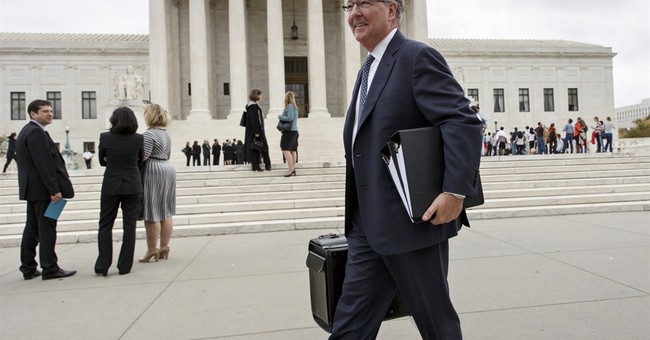 With patent reform likely back on the docket for 2017 once Congress finishes with bigger ticket items like Obamacare repeal, you can count on hearing a lot of easily debunked nonsense from various confused “conservatives” about the patent system. Predictably, many will try to frame any reform of that system as an attack on patents themselves, which they will claim is really cover for an assault on property rights generally. George Mason Law Professor Adam Mossoff advanced just such a spurious argument at last month’s CPAC.

Firstly, let’s get the obvious out of the way: No Republican enthusiast for patent reform is a secret communist or socialist with designs on destroying property rights. Even the most dovish commentator believes that patents of some form should exist, and that protection of the future inventors and innovators of society is a worthwhile cause. To suggest otherwise is either dishonest or deeply misinformed.

But such anti-property people do exist (ironically, sometimes among the ranks of the very people who otherwise push for a strict patent system). So if we are to accept the idea that concerted assaults on property rights do exist, and they do, a question immediately presents itself: Why should the patent system be the hill that property rights absolutists choose to die on?

No, I’m not posing this question merely to swat it away with a dismissive answer. This is actually a hard query to answer. In fact, to go back to Mossoff briefly, one of the key complaints of many conservative legal scholars (arguably including the namesake of Mossoff’s own workplace) has been a presupposition by their counterparts on the Left that rights come from government, rather than being innate or natural. In the case of rights such as free speech, assembly, or property rights generally, such an assumption is indeed quite problematic, and worthy of pushback from the Right.

But if you wanted to find a clear-cut instance of a specific property right that is granted arbitrarily by the government, rather than merely being recognized as natural by it, you couldn’t do much better (or worse) than the patent system. Indeed, rather like some of the pharmaceutical patents that it covers, the patent system looks less like a divinely or constitutionally ordained function of government and more like something that was grown in a Deep State lab far from any trace of disinfecting sunlight.

And yes, in the modern patent system, calling the average patent a concoction of the Deep State is entirely accurate. The property rights from a patent are ultimately granted by the US Patent and Trademark Office (USPTO), one of the most nontransparent and poorly run agencies in the federal government. To name just a few problems, it has been privy to multiplescandals showing patent examiners bilking taxpayers out of tens of millions of tax dollars by not working the number of hours they claim. It has a massive backlog that, while it has shrunk slightly recently, would be very difficult to churn through with the proper diligence, even if its employees did put in the hours correctly. Itstifles free speech and is so fond of political correctness you could be forgiven for thinking its acting director was Loretta Lynch or Lois Lerner. To treat the documents issued by this mess of a bureaucracy as holy writ is rather like confusing a DMV learner’s permit with one of the Federalist Papers.

And because of the aforementioned laziness and backlog, let’s not forget that even on its own terms, the USPTO often makes mistakes, which is why lawsuits, or mechanisms like the Inter Partes review process, often end up invalidating the supposedly sacrosanct “property rights” they issue. To treat such cavalierly granted “rights” as if they were granted by God compounds the error described above: it’s like confusing the Ten Commandments with a driver’s license granted by a driving examiner who was intoxicated during the driving test.

Granted, the USPTO is explicitly mentioned in the Constitution. But surely, this suggests that the institution should be held to a higher standard so as not to dishonor the Constitution, rather than that its mere mention grants it the same sacrosanct status as the Constitution itself. Why should the defenders of property rights be willing to treat an institution that seems to so enjoy creating self-discrediting instances of those rights without any skepticism?

For some, it’s no doubt a matter of money. For others, it’s probably a matter of naivete. But whichever it is, this is a notion from which we must emancipate ourselves. Otherwise, the very people who seek to treat property rights as discredited relics of the past may be given all the ammunition they need from uncritical defenders of property rights willing to grant the mantle of principle to defending even the most egregious abuse.