Democrats Laugh at the Uninsured When No One’s Looking

Mytheos Holt
|
Posted: Aug 12, 2016 12:01 AM
Share   Tweet
The opinions expressed by columnists are their own and do not necessarily represent the views of Townhall.com. 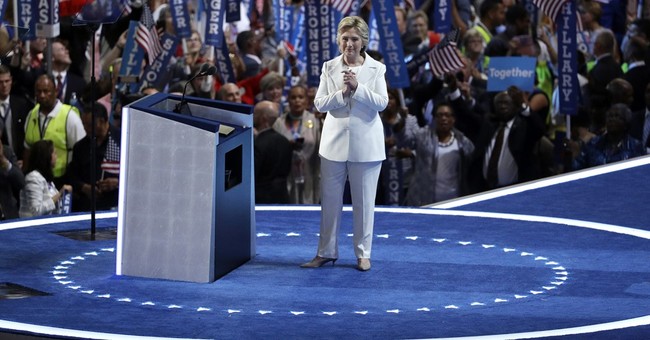 If you paid any attention to the much-hyped Democratic National Convention (DNC), you likely absorbed a message that, for conservatives, should be as old hat as a worn-through “Make America Great Again” cap. That message can be summed up as follows: Republicans, in their desire to roll back Obamacare, are seeking to cast the uninsured into an abyss of high drug prices and callous pharmaceutical companies, who will laugh at their agony as Washington sits idly by. This can’t be allowed to succeed; therefore electing Hillary Clinton over Donald Trump is the only reasonable course for anyone who isn’t either obscenely wealthy or healthy.

It must be a sign of my cynicism that I wish the Left would at least show some intelligence before insulting ours. Because as it happens, while this anti-corporate, egalitarian message was being passed around at the DNC – and just as the convention was being hyped by the dishonest, hyper-partisan media -- one particular event went comparatively unnoticed that would’ve blown the entire absurd pretense wide open. That was a reception explicitly paid for by the drug company Astellas, where Democratic lawmakers of all stripes were being force fed the message that actually, drug prices aren’t too high at all, and pharma is really the victim here. Only the health and medicine news journal STAT even noticed it.

The oversight is notable for multiple reasons. The obvious one is, of course, that this one event’s mere existence categorically refutes the Democrats’ claim that they are the party that will hold corporate feet to the fire. In reality, as most conservatives know, that promise is selective at best, with Democrats mostly ignoring their favored cronies, while going on witch hunts against anyone who don’t pay the church of liberalism sufficient lip service. Given that the pharmaceutical industry has given more money to Hillary Clinton than to any other candidate on either side of the aisle, both in the primary and the general, it’s safe to say they are definitely a favored crony.

But just as important is the fact that, of all years, 2016 is the last time a party ostensibly aimed at getting better healthcare for the little guy should be letting itself be wined and dined by pharma. Why? Because, as Jazz Shaw documents at Hot Air, Big Pharma’s cause celebre this year is trying to weaken the 340B drug discount program, which requires them to provide meds to hospitals serving vulnerable communities at a lower price. Such vulnerable communities include hospitals that serve people living below the poverty line, and children’s hospitals. Shaw notes – correctly – that pharma’s motivation for this is to get themselves out of eating the costs of cancer drugs. Why? Because, Shaw notes with characteristic dripping-yet-understated irony, “cancer drugs are really, really, really expensive.”

All this while they were whining to Democrats in Philadelphia that “Price controls, particularly this year in this highly politicized debate, are the greatest threat to our competitiveness.” And if by “competitiveness,” you mean “ability to make children and poor people go bankrupt paying for our stuff,” I suppose they’re right!

Fortunately, for those of us not bought and paid for to the tune of $3,888,202 – in other words, for those of us not named Hillary Clinton – sympathy for these sorts of crocodile tears is hard to come by. Would that Democrats were as inclined to tell the drug industry to get stuffed. However, failing that, at least now we know that liberals are so shameless about their hypocrisy that they’ll hammer injustice in the health care system, and bemoan corporate greed from the stage at their convention, all while excusing that very injustice over wine and cheese paid for by that greed a few doors over.