Only Trump Can Prevent Another Obamacare

Mytheos Holt
|
Posted: Jul 20, 2016 12:01 AM
Share   Tweet
The opinions expressed by columnists are their own and do not necessarily represent the views of Townhall.com. 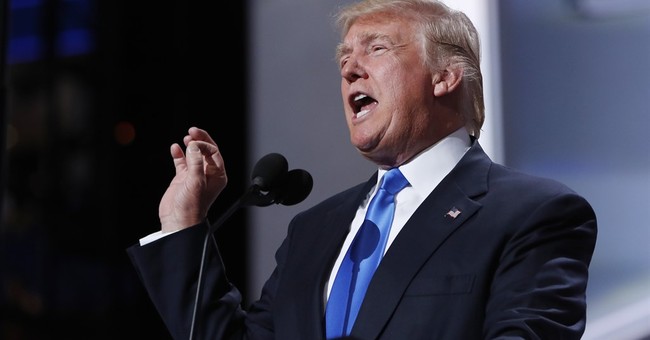 The next President is going to be faced with the extremely difficult task of figuring out how to correct the failures of Obamacare. Will those failures signal a move toward more socialism, corporate welfare, and corruption, or will they instead cause the state to recede and allow genuine free markets to flourish. Hillary Clinton will do the former. Donald Trump will do the latter.

This might seem obvious – after all, Donald Trump is the Republican running for president. But quite arguably, Trump is uniquely positioned to drive a stake through the heart of Obamacare, even relative to other Republicans.

Here’s why: Trump, if successful, stands to be responsible for multiple significant realignments among American demographic groups. This much everyone knows. But what they may not know is that Trump has also forced a realignment in terms of corporate alliances. That is to say, where other Republicans have comfortably taken money from left-leaning industries, Trump has remained stubbornly independent. This is particularly true of the people who built Obamacare to their specifications, Big Pharma. The drug industry, previously a bipartisan affliction on American taxpayers, has this election been forced to become all but explicitly allied with the Democrats. Hillary Clinton has earned more donations from the pharmaceutical industry than any other candidate. Trump, by contrast, doesn’t even make a blip on the radar.

This means that where Hillary has every reason to adopt the kind of command-and-control corporate welfare that Obamacare itself represents (and which has been very good for pharma’s bottom line). Trump, on the other hand, has every reason to obstruct them the instant their designs conflict with his vision of making America great, rich, and safe again. Trump has already shown this in his willingness to buck GOP orthodoxy and suggest the federal government get tough in negotiating with drug companies on behalf of Medicare patients. There are a couple other policy areas where these instincts should serve him well.

The first is the future of the 340B drug pricing program, which requires pharmaceutical companies who participate in the Medicaid and Medicare Part B market to also sell their drugs at a discount to hospitals that serve vulnerable populations. This program has long been on pharma’s hit list because it prevents it from price gouging cancer patients, and the fight over it is expected to heat up after the elections. Ironically, hospitals eligible for the program are already facing exacting audits from the Health Resources and Services Administration (HRSA),  but pharma has never let facts get in the way of a good cash grab. Too bad that cash grab, is successful, will result in higher drug prices afflicting poor people and children, giving the Left a massive opening for more demagoguery on behalf of socialism. Trump can cut that snake off at the head by protecting the program.

The second place where Trump’s instincts would serve him well is the fight over patent reform. Pharma desperately wants to exempt itself from one of the few mechanisms whereby their drug patents (many of which are often renewed on flimsy or nonexistent pretexts) can be reviewed without a costly court battle: namely, the Patent Trial and Appeal Board (PTAB)’s Inter Partes Review (IPR) process. In other words, to use Trump’s memorable phrasing, they want to rig the system in their favor, most likely leading to higher drug prices and more disingenuous liberal calls for socialized medicine as a result. Trump can once more stop this vicious cycle of Leftist agitation by standing pat on the PTAB’s regulatory regime – something he should be inclined to do, since it’s one of the few regulatory programs that actually trims fat.

There are other areas where Trump’s blunt screw-the-special-interests approach will work well, naturally. But when it comes to destroying the anti-free market demagoguery that permits the Left to push for socialized medicine, and to cutting off the industry that disingenuously profits from that demagoguery at the knees, Trump will face more than enough opportunities if he’s elected. Here’s hoping that along with making America safe again, rich again, and great again, he’ll do something just as important, and make American healthcare work again.