Pharma Is Pigging Out at the Public Trough

Mytheos Holt
|
Posted: Apr 12, 2016 12:01 AM
Share   Tweet
The opinions expressed by columnists are their own and do not necessarily represent the views of Townhall.com. 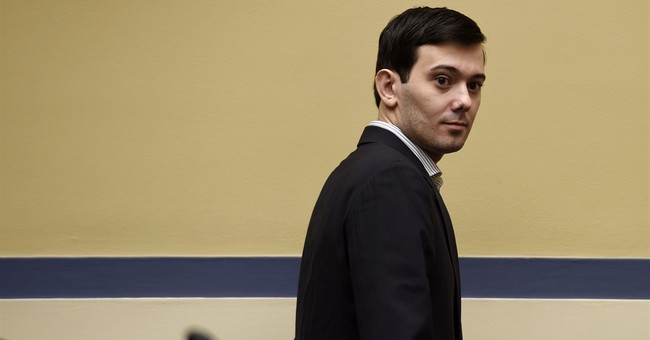 Big Pharma is on the ropes. The PR slow-motion train wreck which is the exposure of Turing Pharmaceuticals and other manufacturers for rampant profiteering has finally put the spotlight on the industry. This is a relief not just from the standpoint of good government, but simply for taxpayers.

Why? Because outside government contractors, Pharma is arguably the poster child for industries that depend on taxpayer dollars to stay afloat.

The biggest source of government money that pharma profits from is obviously the Medicare program, which necessarily has to turn to drug companies in order to buy medicines. In theory, this is a mutually beneficial deal: Pharma gets massive bulk purchases of its goods, and Medicare patients get drugs when they need them. In fact, this is a particularly sweet deal for the drug industry, since the government has explicitly forbidden itself from haggling over prices, despite being such a big customer. In other words, the government forfeits its market leverage entirely.

Nice work if you can get it, Big Pharma.

But it’s not just the drugs that pharma produces that Washington buys. It also buys the medicines the drug industry has yet to produce. Despite pharma’s claims that it spends $500 million on research and development for every new drug it produces, the fact is that the industry gets such generous tax breaks that this cost actually drops to $57 to $71 million after taxes. Moreover, a 2010 study by the Congressional Research Service showed that the National Institute of Health (NIH) was appropriated $31 billion to fund medical research directly that year! That annual figure has largely held steady to this day. And that’s not even counting the indirect subsidy that the pharmaceutical industry gets thanks to the monopoly over new drugs granted to it by the patent system.

In other words, with tax breaks alone, the U.S. government subsidizes between an overwhelming majority of all pharmaceutical research and development. And then it offers direct subsidies through the NIH. And then the government pays full price for what it subsidizes. Again, nice work if you can get it!

Unfortunately, the drug industry does not seem content with this exceedingly generous deal. It very much wants to lap up the easy government cash while offering nothing in return, even in the most marginal ways. Self-interest is natural among private companies, but that doesn’t mean the government has to coddle them. In fact, the government’s job is to look after taxpayers, and if pharma is going to be ruthlessly self-interested, then it’s only natural that the Uncle Sam demand a few taxpayer interests be served by the drug industry in return.

If you want proof of how little Big Pharma is willing to give in exchange for what it takes, then look no further than the 340B drug discount program, a statute which requires manufacturers to sell drugs at a reduced rate to public and nonprofit hospitals that treat a lot of poor and other underserved groups. The program, by most estimates, costs manufacturers very little and taxpayers next to nothing, yet the industry is trying to attack it as fraudulent. Hilariously enough, the “abuse” they cite is actually just the program functioning exactly as it was always intended to work.

That kind of “isn’t it awful how well this is working” argument would be funny if it weren’t so obviously disingenuous. Privately, some pharmaceutical executives straightforwardly admit what really upsets them about 340B: They simply find it galling that they’re not being allowed to sucker poor people into paying whatever they demand. This is rather like a teenager complaining that his parents will let him drive the family car, pay for gas, and let him stay out late, but won’t let him keep his stash of weed in the trunk.

It’s a level of entitlement that simply beggars belief.