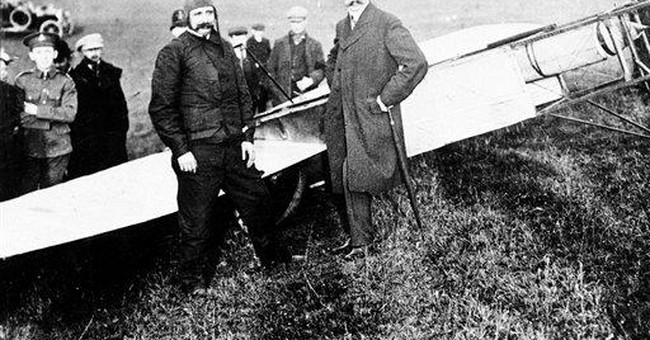 What do you call someone who supports Federal bureaucrats granting rights out of thin air, judges legislating from the bench about how those rights work, and spreads terror about technological progress (along with derogatory comparisons to Uber)?

Sadly, some people seem to think you should call them “conservatives.”

At least, that’s the only thing I can get out of looking at the so-called conservative opposition to patent reform, which just this week added yet more confusion to the debate when a group calling itself the Conservative Action Project put out a letter slamming the two major patent reform bills making their way through the House and Senate currently.

It’s truly sad that this document could garner the signatures of the likes of Ed Meese and Club for Growth President David McIntosh, because as written, its concerns over patent reform are utterly contentless. It’s hard to talk of refuting arguments, when the arguments as presented mean nothing, but I will try for the sake of clarity.

To promote the Progress of Science and useful Arts, by securing for limited Times to Authors and Inventors the exclusive Right to their respective Writings and Discoveries;

Note a few things about this passage. Firstly, it explicitly states that the purpose of granting inventors their rights is to “promote the Progress of Science and useful Arts.” So if we’re to judge patent law as the Founders intended, we should also judge it by that standard. We’ll come back to that, because it’s a standard that current patent law conspicuously and dismally fails.

Secondly, note that this appears in a list of duties of Congress. We’ll also come back to that, because it flies in the face of both our current patent system, and the objections raised by the authors of the letter.

The letter then goes on to warn against the danger of “sweeping” legislation, citing Dodd-Frank and Obamacare, and yes, these are both bad laws. However, the letter’s subsequent assertion that the PATENT Act and Innovation Act – the two major patent reform bills currently advancing through the House and Senate – are similarly destructive laws is presented without any support. And small wonder, because these bills have almost nothing in common with Dodd-Frank or Obamacare.

For starters, Republicans didn’t author Dodd-Frank or Obamacare, nor did Republican leadership or Republican members of Congress support them. Both Dodd-Frank and Obamacare were supported by trial lawyers, who hate Patent Reform, so much so that they forced Harry Reid to block the idea in the last Congress. And as for the Patent Reform bills being the same because they’re “sweeping?” Well, by that standard, Ronald Reagan’s radical simplification of the tax code during his first term should be considered an Obamacare-esque disaster. It wasn’t, and neither are these bills.

The next argument the letter makes is that the bill is crony capitalism because it would make the cost of acquiring patents lower for companies like Google. There is not a single part of this argument that makes any sense. For starters, the cost of acquiring patents is only a few thousand dollars per patent, and with 89 percent of patent applications being approved by the US Patent and Trademark Office with barely any scrutiny as to their actual value or feasibility, that makes acquiring monopoly rights on even basic ideas ludicrously easy.

The cost of challenging a patent, however, according to Newegg General Counsel Lee Cheng, can cost as much as $200,000, and that’s before you even reach the appeals process. And this is the problem that companies like Google – which is one of the most frequent targets of patent trolls – have. They are constantly hit with frivolous lawsuit threats by people who claim to own “ideas” that they never made any steps to actually invent, while Google is actually inventing them. To put that in perspective, imagine someone had patented flight in the 1850s, then sat on it until the Wright Brothers came along, at which point they sued. In all probability, the airplane never would’ve existed. Thank heaven that patent law didn’t work then the way it does now.

The letter then claims that because people like Dana Rohrabacher and Ted Cruz oppose the current patent reform bills, they must be bad. Cruz’s opposition, as stated, echoes common, misplaced concerns about patent reform allowing the hypothetical inventor tinkering in his garage, even though no study exists showing that such people are the primary beneficiaries of the current patent system. And as for Rohrabacher? Well, Acacia Research, described by IPWatchdog as “the mother of all patent trolls,” is located in Rohrabacher’s district, and is among the top 20 donors to Rohrabacher. What was that about crony capitalism, again?

Finally, the letter gets to its only real argument, which is that Congress already addressed this issue, and that the courts are doing it better, anyway. True, the Supreme Court has made challenging patents easier in cases like Alice v. CLS Bank. But that hasn’t stopped rogue pro-patent troll judges like Rodney Gilstrap of East Texas from throwing up dubiously legal roadblocks to using the remedies set forth in Alice. Small wonder that patent troll lawsuits in courts like Gilstrap’s are at a record high.

Not to mention, courts can only tackle specific cases, which by its very nature means that all court decisions come with loopholes. This means that trying to defeat patent trolls through the courts would be a very expensive, time-consuming game of whack-a-mole, unless judges decided to step outside their usual limited role and issue sweeping rulings. In other words, the only way to solve this problem without Congress’ intervention is for judges to legislate from the bench.

Not only does this fly in the face of conservative legal doctrine; it also flies in the face of Article I. Section 8 of the Constitution, which grants the power over patents to Congress, and Congress alone. Spoiler alert: Neither the US Patent and Trademark Office (USPTO), which is part of the Department of Commerce, nor the court system, are even in the same branch of government as Congress. And contrary to the slander of letters like this, bills like the Innovation Act are not sweeping regulatory boondoggles like Obamacare or Dodd-Frank, which tie the economy up in socialistic red tape. Rather, they are reforms designed to eliminate the legal processes that patent trolls abuse and stop the underresourced, understaffed PTO from granting monopoly rights over “ideas” that aren’t worth the paper they’re printed on.

In short, Patent Reform will do something that conservatives have done since the days of William F. Buckley, Jr: It will stop people from pleading the case for bad ideas. It is a terrible shame that so many so-called “conservatives” are pleading that exact case.