Can the Weight of 90 Million Not in the Workforce Collapse the Economy? Yes, We Can 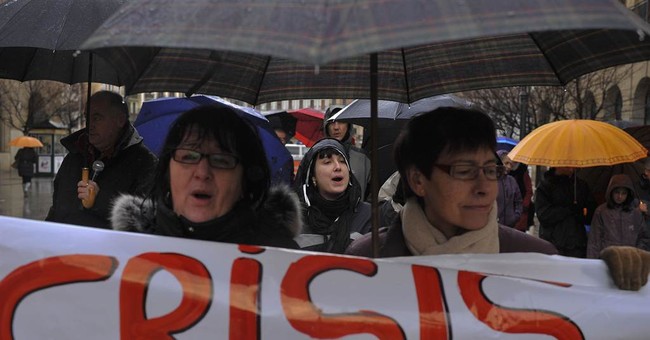 With the latest numbers out this week from the Bureau of Labor Statistics stating that over 90 million people are out of the work force, I would say that the White House is well on its way to fulfilling its Cloward and Piven dream.

One of the main objectives to lead us down the path to a “socialist utopia” is to collapse the welfare system, cause a crisis and then have the government come in and change us into a communist republic.  Yes, I said it.

Over the past five years, Barak Obama has “fundamentally transformed America” and we have the statistics.  Here are a few of his accomplishments:

1.  As of this week, there are a record number of Americans out of the work force.

2.  There are a record number of Americans on food stamps.

3.  There are a record number of Americans on disability.

4.  There are a record number of Americans working part-time.

5.  The unemployment rate for black youth in July was more than 46%.

6.  Obama has succeeded in hurting the people who voted and supported him the most.  Women, minorities and the young.

With the dismal statistics this week it is transparently obvious that we are headed in the wrong direction.  There is no recovery and no matter how they want to spin it, there isn’t one on the way.  Not with Obamacare and a pending war with Syria on the horizon.

Let’s go back to August of 2008.  Back then, before the collapse of the financial markets and the beginning of the Great Recession, the participation rate for the work force was 66.1%.  Last month the rate dropped to 63.2%.  That is almost 3 points lower than it was five years ago.  If the participation had stayed the same over the past five years the unemployment rate would not be the number that was released last week of 7.3%.  With a working age population that would have grown by about 10 million the real unemployment rate would be at least 9.7% or possibly even higher.

This administration can spin it all they want.  They make excuses for the lower participation rate by saying that it is due to “Baby Boomers” retiring and women not as active in the work force as they once were.  I say that is all smoke and mirrors.

With the entitlements that are being offered, more and more people are opting out of trying to find a job.  With jobs being scarce and only part time work being offered, it is very enticing to sign up for an EBT card, go on disability and take full advantage of what the government is handing out. In some places, like Hawaii, you can receive as much as $60,590 a year from government benefits!

This kind of behavior is what Obama and liberals are depending on. Their goal is government dependency. They want as many people as possible to be on the government dole so that eventually the system collapses under its own weight.  We are heading in that direction and now with Obamacare, the train is barreling out of control.

Why do we not have more than just a few lonely voices in Washington calling this administration out on all of this?  Are they just so afraid of standing up to Obama that they would rather see our country go down the drain?  Many in Congress have constituents who are screaming for help and getting silence or recorded voicemail messages as an answer.

What we really need is a leader with America’s interests at heart.