Mona Charen
|
Posted: Mar 02, 2018 12:01 AM
Share   Tweet
The opinions expressed by columnists are their own and do not necessarily represent the views of Townhall.com. 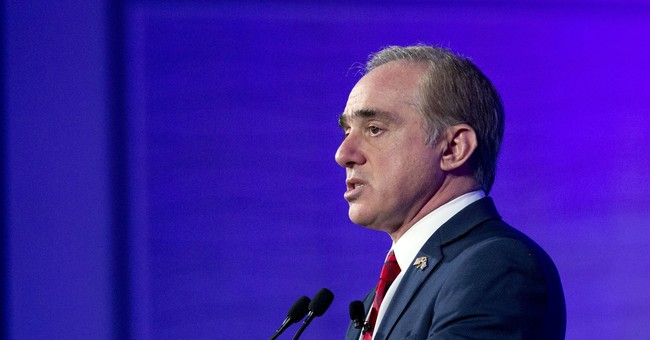 I don't know about you, but when I hear the phrase "drain the swamp," I associate it with clean government, transparency, ethics and such like. In 2016, it became, along with "Lock her up," a favorite Donald Trump campaign slogan. Trump was not the first to use the metaphor. John Kelly traces it back to a 1903 letter to the Daily Northwestern. Winfield R. Gaylord, state organizer of the Socialist Party in Wisconsin, wrote "Socialists are not satisfied with killing a few of the mosquitoes which come from the capittalist (sic) swamp; they want to drain the swamp."

One reason Trump enthusiasts chanted "Lock her up" was that Hillary Clinton appeared to have broken the law regarding the handling of classified information (though James Comey claimed that no prosecutor would have brought the case). Another strike against her was the blurring of lines regarding the Clinton Foundation, her family, her public duties as secretary of state and her campaign -- all of which were redolent of corruption, even if nothing was proved.

But if ever there were a crew less suited to drain the swamp in Washington, the Trump team would have to be it. Remember Secretary of Health and Human Services Tom Price? You may not, since his tenure was less than nine months long. But in that time, according to Politico, he ran up $400,000 in private plane trips and $500,000 in military flights to Asia, Africa and Europe. There were also questions raised about his private investment in a company that stood to benefit from his public action. Being profligate with taxpayer money is swampy, isn't it? He was fired in September 2017.

The Trump team does love its luxury air travel. Treasury Secretary Steven Mnuchin and his wife Louise Linton jetted off to Kentucky last August on a government plane to (depending upon whom you believe): do Treasury business, or view the solar eclipse. Whatever. She should reimburse the government for expenses. The couple also apparently requested a military plane for their honeymoon trip to Europe. Mnuchin explained, "I probably spend over 50 percent of my time on national security issues. ... This had nothing to do with convenience. This was purely about national security." But when the story broke, Mnuchin found other ways to stay in touch while flying commercial.

Secretary of Veterans Affairs David Shulkin also took his wife to Europe for a 10-day trip. They began in Copenhagen and ended in London, along with three VA officials and one spouse. The government reimbursed Shulkin's wife for her travel expenses (though others in the party apparently paid their own way).

Environmental Protection Agency administrator Scott Pruitt, reports the Washington Post, is also being investigated for "at least four noncommercial and military flights in the past eight months" at a cost to taxpayers of $58,000. Maybe it's a lack of imagination on my part, but I find it hard to think of an EPA emergency that would require Scott Pruitt to fly on a military jet. Pruitt has also reportedly fitted his office with a special soundproof booth. I guess sound carries in the swamp. Cost to taxpayers: $25,000.

There were stories of Interior Secretary Ryan Zinke and his wife using chartered aircraft and other pricey travel options, but when the Interior Department's deputy inspector general, Mary Kendall, looked into it, she found that her investigation was stymied by "absent or incomplete documentation for several pertinent trips." Interior lawyers and ethics officials were unable to "distinguish between personal, political and official travel."

Housing and Urban Development chief Ben Carson apparently discovered that the conference room table in his suite was scuffed and scratched. At his wife's suggestion, he purchased a new table and chairs. Cost to taxpayers: $31,000. According to the Guardian, the department also signed a $165,000 contract for "lounge furniture." Swamps are great places for lounging, I guess.

And then there is the Trump family itself. I will leave to forensic accountants the complicated web of loans and investments and connections Jared Kushner brought with him to the swamp (and repeatedly failed to include on disclosure documents). But it seems that just one of the reasons his security clearance was downgraded this week involved accepting loans from a private equity billionaire named Joshua Harris. Kushner met several times with Harris at the White House and reportedly spoke to him about a job advising the president on infrastructure. Later, Kushner's company received a $184 million loan from Harris' firm. Christine Taylor, a spokeswoman for the Kushners, denied that anything untoward took place. "Stories like these attempt to make insinuating connections that do not exist to disparage the financial institutions and companies involved," she said.

Perhaps, but would Hillary Clinton have said anything different?