Mona Charen
|
Posted: Jan 12, 2018 12:01 AM
Share   Tweet
The opinions expressed by columnists are their own and do not necessarily represent the views of Townhall.com. 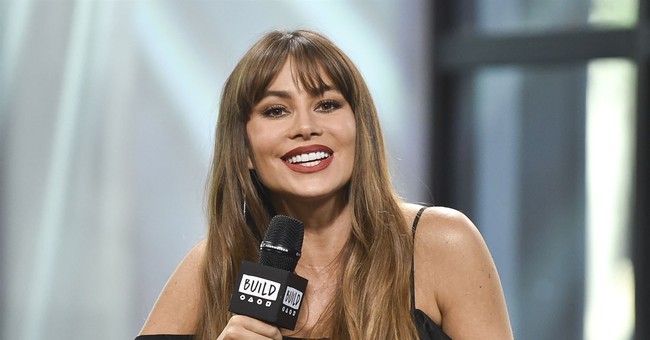 The Supreme Court of Colorado will soon rule on whether a person has a constitutional right to not procreate. The dispute is between Drake Rooks and his ex-wife, Mandy Rooks. The couple were married in 2002. They had three children using in vitro fertilization, but were left with six frozen embryos. In 2014, they divorced. Now they are embroiled in a legal battle over what should become of those "snow babies." Mandy, 40, who reportedly always dreamed of having a large family, would like to use some or all of them to have more children. Drake, 50, says absolutely not. "It just seems like a guy should be able to decide whether he wants more children or not and with whom," he told the Denver Post.

Mandy counters, "No one has the right to tell me I have to kill my offspring." And what of the embryos' rights?

In 1978, Louise Brown, the first "test tube" baby, was born. Six years later, in 1984, the first child who had been a frozen embryo was brought safely to term. As often happens, technology developed faster than the social wisdom to handle it. At a time when family obligations were being overruled in favor of self-expression, the commodification of babies created new confusions. If abortion is a woman's constitutional right -- what rights do fathers have? If a mother can independently decide to terminate a pregnancy, does she also have a constitutional right to initiate a pregnancy, or, more precisely, to finish one without his consent?

An estimated 1 million embryos are stored in liquid nitrogen in the United States. Not all are viable, but it's impossible to know which are and which aren't. Nor do we yet know how long an embryo can remain in that twilight state and still be brought to term.

Sofia Vergara, the actress best known for her role on "Modern Family," became a real-life symbol of the confusion besetting family lives when, in 2015, her ex-boyfriend Nick Loeb sued her for custody of two frozen embryos they had created together.

The original plan, apparently, was for the embryos to be carried to term by a surrogate mother and raised by Loeb and Vergara. But the relationship ran aground, and Loeb has pursued several lawsuits to gain custody of the embryos he has named Emma and Isabella. Vergara, who has since married someone else, wants them to remain frozen indefinitely. Loeb believes that the embryos are people. He is not asking for financial support from Vergara, merely that the embryos be entrusted to him. One of her lawyers offered a window into what has happened to the idea of family in our time. "If it is really a family that Loeb wants, he should hire a surrogate and an egg donor and create one without dragging Vergara through another unnecessary legal battle," said Fred Silberberg.

So much for love, marriage and baby carriage. Now it's single man, surrogate and egg donor. Romantic.

The lawyer for Drake Rooks argues, "It kind of runs against all decency -- forcing a parent to have a child they don't want." Well, but when does that decision get made? At the time of sperm donation or at the time of embryo thawing? After all, when a man's wife becomes pregnant the usual way, he doesn't have standing to object a week or several months later that he no longer wishes to be a father. He is committed. Should it be different in cases of assisted reproduction?

IVF and related technologies were initially resisted by many in the pro-life camp. Some feared they would lead to "designer babies." That hasn't happened. The "Nobel Prize sperm bank," for example, went nowhere. People are not clamoring for brilliant gametes. They usually just want their own kids. The technology is sometimes used to cull embryos carrying genetic disorders, but for the most part, IVF brings great joy to otherwise infertile couples. The trouble comes when embryos are treated as disposable.

It isn't the technology that is dangerous, but indifference to the embryos' humanity. It is entirely possible to take advantage of modern science without sacrificing human dignity.

Emma Wren Gibson was frozen as an embryo in 1992 and born just before Thanksgiving of 2017. She and her adoptive mother were conceived within one year of one another. This mind-bending story is possible because Emma's birthparents had faced a quandary like other couples who had leftover embryos. In their case, they donated Emma to a clinic that offers orphan embryos for adoption. It's not clear why Emma had to wait so long, but doubtless she will one day be grateful for the chance at life. Her parents, Tina and Benjamin Gibson, view her as a "precious Christmas gift from the Lord."