The Challenge for Republicans

Mona Charen
|
Posted: Nov 10, 2016 12:01 AM
Share   Tweet
The opinions expressed by columnists are their own and do not necessarily represent the views of Townhall.com. 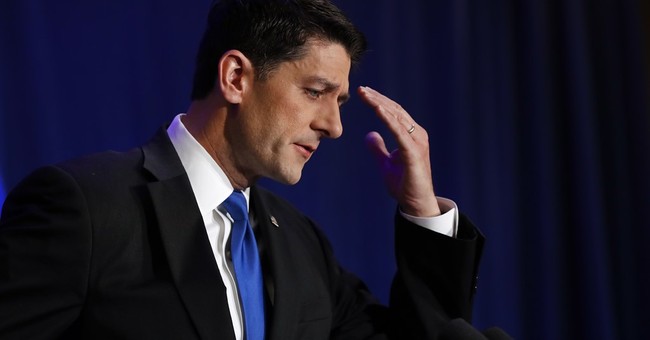 My feelings this morning are so radically mixed that my brain resembles a Cuisinart. I cannot help but be glad that Hillary Clinton was defeated. I am shaking my head in amazement about the Senate, and accordingly about the Supreme Court.

The election results feel like a gorgeous, gleaming new BMW in the driveway. But instead of a bow on the roof, there's a vial of nitroglycerin.

I wish president-elect Donald Trump nothing but good this morning. I pray for him and for the country, but fingers of fear still grip my heart. The glow of victory cannot obscure or perfume who the man is. Trump has demonstrated emotional unsteadiness, cruelty, and wild irresponsibility. He is most unhinged when his fragile ego is wounded. He is, in many ways, a spoiled child.

His character is the great challenge for the nation and the Republican Party going forward. On this post-election morning, it seems advisable that those Republicans who signed statements of opposition to him -- particularly foreign policy experts -- reassess. A president has the most scope for independent action on the world stage, and it is there that he can do the maximum amount of damage. Trump has indulged in ignorant bluster to gain popularity (he would crush ISIS "very quickly," "take the oil" from the Middle East, renegotiate NAFTA, force Mexico to pay for a border wall, "get along very well" with Vladimir Putin, and encourage nuclear proliferation). But one thing we know about Trump is that he will say almost anything for attention and effect, and he has contradicted himself thousands of times. He will need advisers with experience, judgment, and keen psychological skills to temper his instincts and guide him toward policies more in line with American interests and values. Even foreign policy experts who were appalled by Trump's campaign rhetoric -- in fact, especially they -- should consider serving in his administration.

Trump has been on both sides of most of the contentious issues in American life. He's been pro and anti socialized medicine, for and against (mostly) entitlement reform, for (mostly) and against abortion. He is, primarily, an entertainer, who hasn't given much thought to public policy at all, but is expert at playing to a crowd and ventilating its resentments. But even more than riling up his audiences, Trump's lodestar has always been himself. Everything comes back to him, especially when he's feeling attacked or disrespected.

I am praying that because he will now have his heart's desire -- the nonstop shower of attention and yes, flattery, that comes with the Oval Office, that this will serve as a tonic for his outsized ego and perhaps supply him the calm he will need to serve wisely.

Others will need wisdom as well. After the shock of his victory wears off, the press will return to treating him as radioactive -- which will be taken by his supporters and much of the Republican Party as evidence that he must be right. That's a mistake for both sides. The mainstream press is biased, openly so, and they need to swallow hard and own it. That doesn't mean they are always wrong. As I've said often during the general election, the press and Democrats have cried wolf on racism and xenophobia so many times that they've discredited themselves. A few (Bill Maher, for example) have acknowledged as much. But what the Republican grass roots did not grapple with adequately is that this time, many of the outrageous charges the media trotted out were true. Their job was easy. All they had to do was quote the candidate, not dig through his middle school records to find some prank. Trump has said reprehensible things and winked at open bigotry. He is indecent and loutish. The right-wing media Trump empowered have circulated absurd conspiracies and lies. They are no better, and in some ways they are worse, than the "lying media" they despise. Our duty to stand for responsible journalism and to rebuke the Brietbarts and InfoWars types only grows more urgent this morning.

Trump has frightening, undemocratic impulses. He admires strongmen. But -- perhaps this is a saving grace -- he also has a notoriously short attention span. The great challenge for Republicans will be to oppose him if (when?) he strays in dangerous directions as president, whether in restricting civil liberties, undermining international alliances, inaugurating devastating trade wars, or casting aside constitutional restraints on executive power. This will be the most difficult of trials for Republican officeholders, because their constituents will not thank them for it, only their posterity.

May God grant all the charity and grace to navigate the uncharted waters we're in.