Not the Way to Do Minority Outreach

Mona Charen
|
Posted: Aug 19, 2016 12:01 AM
Share   Tweet
The opinions expressed by columnists are their own and do not necessarily represent the views of Townhall.com. 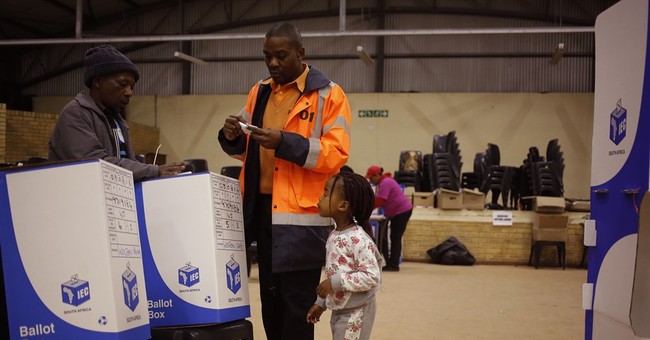 Trending
In the nanosecond between Donald Trump's foot-in-mouth moments this week, just before he made headlines by announcing changes in the topless blender that is his senior staff, he gave what many consider to be the finest speech of the campaign. CBS' Major Garrett tweeted "Having been listening since august 2015, objectively best drafted & best delivered (Trump) speech of campaign. Will resonate." Byron York of the Washington Examiner, while acknowledging some of Trump's critics' objections, thought Trump delivered a "focused, powerful, and disciplined speech ... focused largely on problems that disproportionately afflict black Americans, arguing that his proposals on crime, immigration, trade, jobs, education, and other issues will improve African-American lives more than Hillary Clinton's."

Donald Trump is currently polling near zero among African-Americans in key swing states. In a normal year, Republicans struggle with this demographic, and I've written whole books (well, a chapter anyway) about the Democrats' low, despicable use of race to stoke fear among blacks in order to be rewarded with votes.

While it may shock regular readers of this column to see these next words from my pen, there were some good points in Trump's speech. He urged African-Americans to consider that Democratic policies (cities are virtually Republican-free zones) have not yielded solutions but rather "more crime, more broken homes and more poverty." (Actually, crime fell even in big cities starting in the 1990s, but it remains too high.) He argued that those who advance the "narrative of cops as a racist force in our society -- a narrative supported with a nod by my opponent -- share directly in the responsibility for the unrest in Milwaukee, and many other places within our country." Well-phrased, which suggests ventriloquism by the speechwriter, but still, credit to the candidate for agreeing to the text.

There are a few reasons to think that this message will not resonate with black voters. Start with the venue: The speech was delivered not in Milwaukee to a black audience but in West Bend, a suburb 25 miles away, which has few African-Americans. The audience was nearly all white.

Second, while African-American voters, unlike Hispanics, women, Muslims and others, have not received much direct incoming fire from Trump's flamethrower during this cycle, they doubtless recall that one of Trump's countless forays into conspiracy-mongering concerned Barack Obama's birth certificate. Some on the right (this columnist included) chafe at the suggestion that all criticism of Obama is merely thinly veiled racism. But birtherism is probably just that. Need more? A couple of weeks ago, Trump suggested that if he loses in November, it will be due to irregularities in "certain areas." He then accused Obama, repeatedly (and unsarcastically) of being the "founder of ISIS." By hiring Steve Bannon of Breitbart, the candidate is signaling that the alt-right, nationalist, protectionist, loutish fringe is going to pilot this ship straight into the reef.

Even supposing that Trump misspoke or was misunderstood about all of the above, it's perverse to imagine that blacks will not have their radar activated when Trump relentlessly derides other minorities. An attack on one minority group -- Hispanics have been one of Trump's preferred targets -- is threatening to all. Consider the Asian vote in 2012. If there is one minority group that ought to lean Republican, it's Asians. They have very low illegitimacy rates, little divorce, high levels of small business ownership, are highly educated, hardworking and self-sufficient. Yet they cast more than 75 percent of their votes for Obama over Mitt Romney. (Interestingly, the only Asian subgroup that supported Romney was Vietnamese-Americans.) Could it have been the vehement hostility to immigration telegraphed by nearly all of the Republican candidates in the primaries? Funny how touchy people can be.

This election, as calamitous as it will be for many fine candidates, will not have been entirely in vain if it serves to bury the idea -- beloved even of many non-Trump Republicans -- that the party can win national elections without broadening its appeal to minorities and women. Every precious American tradition, from religious liberty to free speech to free markets to national security, depends upon convincing more Hispanics, Asians and African-Americans to oppose the policies of the Democrats. Even immigration restriction is possible if not framed in an odious way.

This was the year when it would have been relatively easy to do. Hillary Clinton is Imelda Marcos in a pantsuit. The nomination of Trump was the greatest act of self-sabotage by a political party in American history. The Republican Party may not survive it, but if it does, it will be because it stopped signaling that it was the party of white people and got back to being the party of Lincoln.