Why I Am Not a Cruzite

Mona Charen
|
Posted: Jul 22, 2016 12:01 AM
Share   Tweet
The opinions expressed by columnists are their own and do not necessarily represent the views of Townhall.com. 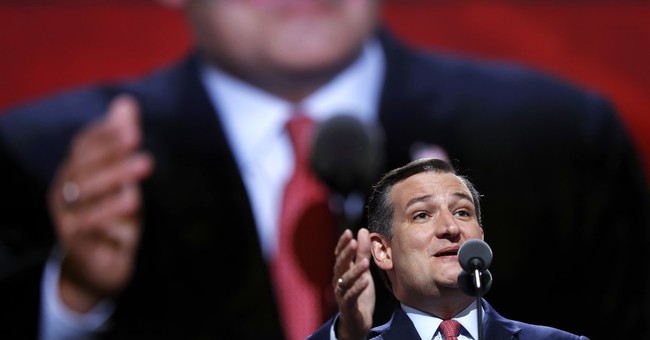 Trending
Ted Cruz's electrifying performance at the 2016 Republican National Convention will be long remembered, and deservedly so. At a critical moment, when the party of Lincoln had uncomfortably but nonetheless thoroughly embraced a lifelong Democrat/reality star/violence-abettor -- and when few leading Republicans had demonstrated the courage to oppose him -- Cruz did. Politicians live for the adulation of crowds, and it's bracing, even thrilling, to see one stand up straight when suffering their jeers. Cruz was particularly effective because he dropped the Southern preacher style he affected during the primaries and spoke plainly.

And yet, and yet. One can never quite get over the sense with Cruz that everything is calculated. He took a risk, yes, but there is high potential gain for him in being perceived, whatever happens in November, as the voice of pure Republican conservatism. Cruz was a pillar of strength last night, God bless him. But let's not forget that John Kasich has not bowed to the orange god either, nor has Mitt Romney, or Ben Sasse, or many others.

There is so much to admire about Cruz -- and I don't doubt that if his plan had worked and he'd been elected, he would have made a good president -- but he also must bear some measure of responsibility for what has happened to the Republican Party, and thus, to the country. Together with talk radio and Fox News celebrities, Cruz wove the tale of Republican Party betrayal that so alienated and embittered Republican voters against his own party. From the moment he arrived in Washington, Cruz lacerated Republicans as part of the "Washington cartel." His specialty was the attention-grabbing gesture, such as his filibuster against Obamacare. It had no chance of success, but positioned Ted Cruz very well with the "base."

Cruz was crucial in portraying the Republican leadership -- which, while not perfect, had certainly held the line against President Barack Obama -- as corrupt and complicit in everything Obama had done. In June 2015, for example, he mocked: "Why is it that Republican leadership always cuts deals with Democrats and with Washington and throws overboard the conservatives that, come October and November in an election year, they are desperately asking them to turn out and elect them to power?"

When he won Iowa, he proclaimed it a "victory for every American who has watched in dismay as career politicians in both parties refused to listen and too often fail to keep their commitments to the people."

And as Trump rose in the polls and became a dire threat to nearly everything conservatives claim to cherish, Cruz adjusted his positions (endorsing deportation of illegal immigrants and their American citizen children, for example, and opposing the Trans-Pacific Partnership) and kept praising the New York fraudster. Should Trump apologize for what he said about Mexican immigrants being rapists? Cruz: "I think he's terrific. I think he's brash. I think he speaks the truth." Trump's critics were "silly" and "politically correct." Cruz applauded Trump for "taking on the Washington cartel." As late as December 2015 -- after Trump mocked a handicapped reporter, after he made reference to Megyn Kelly's menstrual cycle, after he called on a crowd to "rough up" a protester -- Cruz called Trump "terrific."

Clearly, the senator was gambling that the reality star would implode and Cruz would be waiting to net Trump's fans. That's a motive, but not an excuse. By praising him so often and so unequivocally, didn't Cruz help to detoxify Trump? Cruz is a decent and honorable person, but he abetted Trump's indecency until Trump's muzzle swung in his direction. And by sowing so much unfair suspicion about the Republican Party, didn't Cruz help create the "burn it down" mood of 2016, which, in the end, devoured Cruz's own hopes, along with so much else?

Politicians position, hedge and dodge. Understood. But when that positioning comes in the form of undermining a key institution, i.e. the Republican Party, it's playing with fire. Institutions take decades or generations to build. The Republican Party, for all its faults, was the only vehicle for conservative ideas in our society. Ted Cruz, Laura Ingraham, Ann Coulter, Sean Hannity and the rest picked an ironic time to undermine it, since the party has never been more thoroughly conservative (at least as reflected in elected officials) than it was in 2016.

Now, with a Trumpified Republican Party, conservatives are homeless and arguably crippled. If Trump wins, the transmogrification of the Republican Party will be total and "conservatives" will be Trumpites. If he loses (which is much more likely), the stain of Trumpism may keep Republicans from the White House for another generation. Either way, conservatism is the loser.