Still Worth Arguing About the Financial Crisis 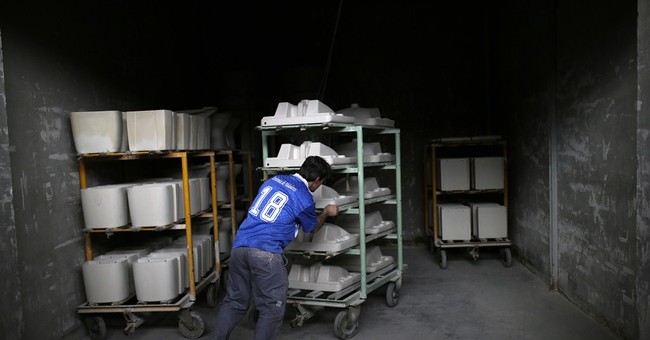 The candidates who are announcing for president will be cheered to know that the Democratic Party has been hemorrhaging popularity the way the housing market lost value in 2008. In 2009, 62 percent of Americans had a favorable view of the party. In January, only 46 percent said the same.

But the Democrats' loss has not been the Republicans' gain. A 2015 Pew survey found that 40 percent of Americans had a favorable opinion of Republicans in 2009, and just 41 percent do today.

Republicans might profitably ponder two things. First, this question from a Pew poll: Which party "cares about the problems of the middle class"? Sixty percent said the phrase applied to Democrats. Only 43 percent thought it accurately described Republicans.

The second thing they might consider is revisiting that housing collapse. According to the Federal Reserve, the median net worth of American households fell by 39 percent between 2007 and 2010. Not only was a Republican administration in office when the bottom fell out -- that alone is usually enough to convince voters to lay blame -- but the Democrats seemed to win the intellectual argument.

The Republicans' case went like this: Unwise federal government policies that urged lenders (and purchasers of those mortgages) to make loans to people who could not repay them tampered with the normal risk management of the housing sector and led to a system-wide collapse.

The Democrats' explanation was that "out-of-control" bankers, recently liberated from regulation, made risky investments in complex financial instruments that they didn't even understand themselves and tanked the financial system. Worse, they received taxpayer bailouts.

The Democrats' interpretation naturally was echoed by the press and, because they won the 2008 race, became enshrined in law. The Dodd-Frank legislation ignored government's role in the crisis completely, merely layering new levels of regulation on banks and other businesses.

A new book by Peter J. Wallison, "Hidden in Plain Sight," offers a comprehensive and thoroughly convincing case for why the received version of the financial crisis is wrong and why Dodd-Frank is such a serious mistake. Not only does Dodd-Frank virtually guarantee that another financial crisis eventually will envelop the economy, but it also is responsible for the extremely slow recovery we've been mired in since 2009.

Did deregulation, credit-default swaps, low interest rates, "shadow banking" or "predatory lending" cause the crisis? Wallison, who served on the Financial Crisis Inquiry Commission, offers detailed rebuttals to each of these theories.

Government policy created the financial crisis at every step. Congress and HUD demanded that more and more loans be provided for "underserved" communities. Fannie Mae and Freddie Mac, responding to this pressure, diminished underwriting standards. The promotion of homeownership was a bipartisan mistake. Both the Clinton and George W. Bush administrations backed it (though Bush did attempt, unsuccessfully, to rein in the GSEs).

"By 2008," Wallison writes, "57 percent of all U.S. mortgages were nontraditional." Seventy-six percent of those were on the books of government agencies or entities controlled and regulated by the government. This was much higher than other nations that also experienced housing bubbles. Even Barney Frank has acknowledged that "it was a great mistake to push lower-income people into housing they couldn't afford." By 2008, the GSEs and HUD included mortgages as high as $729,000 as "conforming." Even purchasers of million-dollar homes were to benefit from government encouragement, apparently.

Private bankers made their share of mistakes. In a saner world, the market itself would have punished them. But as Wallison shows, another government blunder -- the bailout of Bear Stearns -- lulled financial firms into complacency. They failed to take precautions because they assumed the government would provide a safety net.

What this book makes clear for the first time is that neither private financial institutions nor regulators could accurately evaluate the risks to the system, because Fannie Mae and Freddie Mac disguised the percentage of their holdings that were nontraditional mortgages. Not even the Federal Reserve, with its regiments of economists and analysts, saw what was coming.

Have we learned all the wrong lessons from the financial crisis? Here's The Washington Post from January 7: "The White House announced Wednesday that the Federal Housing Administration will significantly lower the fees it charges borrowers, a move designed to save individual home buyers hundreds of dollars annually and help jump-start the housing market."

Voters need to know that the greatest risk to their financial security is benign-sounding government assistance.