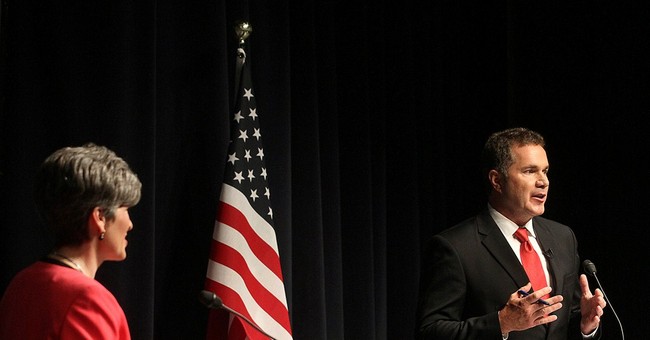 Trending
When I fretted to my friend and colleague Jay Nordlinger that Republicans may learn the wrong lessons from success in 2014, he noted sagely that he prefers to wait until the results are in before drawing any lessons. While that ought to have stayed my hand, I think some contours are discernible, and so I plunge in!

The 2012 election was essentially a protracted exercise in character assassination. Democrats painted Mitt Romney and Republicans generally as extremist cretins who held rigid views on abortion, were hostile to the point of combat toward women, engineered the financial crisis to benefit their rich cronies, and cared so little for working people that they supported tax breaks for companies that shipped jobs overseas.

A couple of Republican candidates played into Democrats' hands that year. But Republicans have learned. They now understand that you don't have to endorse taxpayer-funded abortions and free IUDS to get a hearing from women. A convincing rebuttal to the false charges about "outlawing birth control" and so forth is sufficient. Gynecological issues don't rank very high among women compared with the economy, jobs and national security. When Republicans accurately convey their positions, the Democrats' scare tactics stand exposed. The Denver Post, for example, in its endorsement of Cory Gardner, noted that Sen. Mark Udall's "obnoxious single-issue campaign is an insult to those he seeks to convince."

If the lesson of the war on the war on women was 1) expose the lies, and 2) shame the liars who attempt to scare voters to the polls, the same lesson applies to the Democrats' low, libelous race baiting. From South Carolina to Arkansas to Georgia, Democrats are running ads on black radio stations and distributing leaflets in black neighborhoods warning African Americans that if Republicans win next week, more Trayvon Martins and Michael Browns will die and Obama will be impeached. These smears demand a response -- not because Republicans hope to win the African-American vote, but as a matter of political hygiene. And yes, someday, the right candidates from Lincoln's party may be able to carve out a larger share of that vote.

There is another hardy perennial that could profit from the same treatment: the great "tax breaks for shipping jobs overseas" canard.

Sen. Barack Obama hit this theme hard in 2008 -- shaking his head in wonderment that Republicans had enacted tax breaks for companies that ship jobs overseas (TBFSJO). He promised that if elected he would end that "loophole." In 2012, after governing for four years (Democrats could have repealed it -- if it existed), Obama sold that same rug to voters again, accusing Romney of favoring the tax break.

This year, having ridden the "war on women" horse into the ground, many Democratic candidates are returning to the mythical TBFSJO. In Iowa, Bruce Braley is hammering Joni Ernst for her supposed support. Alison Lundergan Grimes is accusing Kentucky's Mitch McConnell of wanting to reward companies that ship jobs overseas. New Hampshire's Jeanne Shaheen is trotting it out, and in Louisiana, Harry Reid's Senate Majority PAC is using it against Bill Cassidy, but with an extra twist (this being Harry Reid) -- the suggestion that the "tax break" is the bidding of "out of state billionaires," i.e., the Koch brothers.

This TBFSJO has the virtue of playing to Democrats' favorite stereotype: greedy Republicans helping their plutocratic friends at the expense of ordinary working people. It's a perfect campaign issue in every respect save one: It's false.

As Romney retorted in a debate in 2012, "Look, I've been in business for 25 years, and I have no idea what you're talking about."

Fact checkers from The Washington Post to PolitiFact confirm there is no TBFSJO. Companies can deduct moving expenses -- but this applies whether the firm moves domestically or internationally and certainly doesn't reward outsourcing. Moving expenses are trivial. A multinational is not going to move its operations from Bangor to Bangladesh because they get to deduct their packing boxes and freight fees. Such decisions are based on weightier concerns, including serving foreign markets, labor costs and the tax climate.

That last might seem a good place to start if you were hoping to keep companies here and to attract others to relocate in the U.S. Our corporate tax rates are the highest in the developed world. But that assumes good faith, and Democrats seem much more interested in the sound bite.