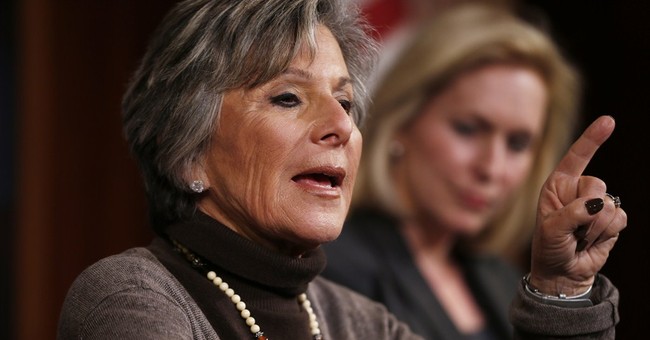 There's really only one thing that progressives get wrong: human nature. This leads them into error on economics, where they imagine they can micromanage billions of individual decisions every day; foreign policy, in which they overestimate the appeal of "talks" and underestimate the ferocity and opportunism of aggressors; and sex, in which, well, where to begin?

California proposes to stop campus rape and sexual assault with a law redefining consent. Gov. Jerry Brown signed legislation last week specifying that verbal consent must precede all sexual activity. Further, consent cannot be given if someone is incapacitated by drugs or alcohol.

Twenty years ago, Antioch College promulgated similar standards requiring verbal consent to each and every sexual act, starting with "May I kiss you" and moving on. Antioch, which closed its doors a few years later, was universally mocked, but it seems it was ahead of its time.

The Obama administration, which believes there is no problem so intractable that it cannot be solved with a hashtag or a celebrity spot, has produced a glitzy, star-studded PSA called "It's on Us" aimed, Newsweek explains, at "eradicating sexual assault on college campuses." That should do it.

Sen. Barbara Boxer has introduced the SOS Campus Act, which would require every institution of higher education that receives federal funding to designate an "independent advocate for campus sexual assault prevention and response" and fund a panoply of therapies and investigations.

You don't have to believe the one-in-four figure floated by activists to agree that women are experiencing a marked degree of sexual assault and battery in the liberated hook-up world liberalism has created. But this is progressivism chasing its tail.

For centuries, men have lied to women to lure them into bed. Parents warned their daughters about such men. In recent decades, it's women who've been lying to other women. Feminists peddled the notion that women want exactly the same things from sex that men do. They rejected modesty and its cousin chivalry with contempt and welcomed the sexual free-for-all.

They were wrong about human nature -- in this case immutable sex differences -- but cannot admit it.

It goes without saying that rapists should be severely punished. Most men are not rapists, but more than a few are sexually aggressive and inclined to interpret almost anything as encouragement. Is there a better possible environment than the modern college campus for serving up vulnerable young women to predatory men?

The binge-drinking culture that facilitates these rapes and assaults is tamely accepted and even encouraged at many colleges. As Pepper Schwartz writes at CNN.com, the American Sociological Association reports that men have a mean of six drinks before a hook up and women a mean of four. Why aren't colleges reminding young women to keep their wits about them when dealing with hormone-charged young men?

Women who lie to other women conceal the facts. For example: The National Institute of Justice reports that among the risk factors for sexual assault on campus are "having numerous sexual partners," getting "drunk or high" on a regular basis, and attending fraternity parties.

Pointing out these realities is rejected as "slut shaming" or "victim blaming" by feminists.

For all of their bold talk about empowerment, feminists seem always to demand that they not be forced to deal with reality. They preach to young women that they're just like men sexually, and when they find, to their horror, that lots of women are getting raped, they respond that women shouldn't be cautious about who they get drunk with; men should "be taught not to rape."

Imagine you're an administrator at a college near a really bad neighborhood. Do you warn the students about the nature of the neighborhood and urge them to travel in groups, stay away from certain streets after dark and keep their cellphones with them in case of danger? Or do you tell them the neighborhood is fine, just like the suburb in which they grew up? And when students get robbed, raped or murdered in those neighborhoods, do you insist that the message was fine, that we just have to teach people not to commit crimes?

Feminists have been lying to women for decades, thereby contributing to the "rape culture" they now decry.