Driving Off a Cliff 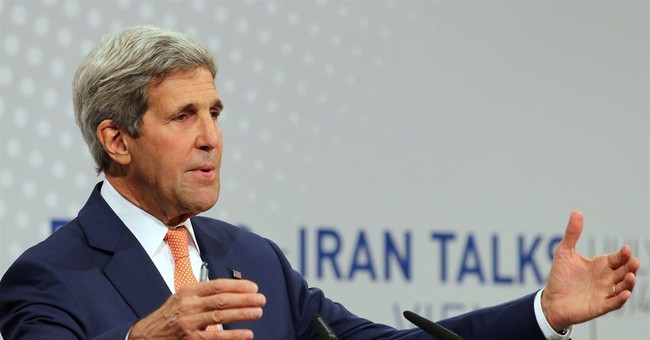 Trending
Last week, The Washington Post's Tehran, Iran, correspondent was arrested. The charges are unspecified, but according to the paper, Jason Rezaian, 38; his Iranian wife, Yeganeh Salehi; and two other U.S. citizens were detained. State Department spokesman Marie Harf issued a protest that didn't even rise to the level of tepid, saying "Our highest priority is the safety and welfare of U.S. citizens abroad."

Reassured? Rezaian and the others join a list of Americans held captive -- many for years and years.

Former FBI agent Bob Levinson, 66, went missing after traveling to Iran in 2007. Warren Weinstein, 72, was operating in Lahore, Pakistan, as an aid worker when he was kidnapped by al-Qaida in 2011. Alan Gross, 65, had gone to Cuba as a State Department contractor in 2009. He was arrested and tried for the crime of distributing Internet hookups. In failing health, Gross has lost the sight in one eye, can barely walk, and is reportedly deeply depressed. Caitlin Coleman was captured with her Canadian husband in Afghanistan in 2012. She was pregnant at the time.

Gholam-Hossein Esmaeili, director general of the Tehran Province Justice Department, confirmed that Rezaian and the others were detained (one has since been released), adding, "Iranian security forces are vigilant towards all kind of enemies' activities."

Enemies? Someone should alert Secreary of State John Kerry and President Barack Obama, who are pursuing Tehran like groupies after a rock band.

The Committee to Protect Journalists ranks Iran as one of the three worst "jailers of the press" in the world. Unlike the U.S. State Department, which said little about the Washington Post reporter, and unlike the White House, which said nothing, the CPJ issued a strong protest: "We call on Iranian authorities to immediately explain why ... (the) journalists have been detained, and we call for their immediate release. Iran has a dismal record with regard to its treatment of imprisoned journalists. We hold the Iranian government responsible for the safety of these four."

The administration's limp response to this obvious provocation would surprise no one. It has failed to secure the releases of so many Americans. The one captive who was freed, Sgt. Bowe Bergdahl, seemed to have been exchanged not so much for his own sake but rather as a convenient excuse for releasing several of Guantanamo Bay's worst.

The Obama courtship of Iran persists despite everything. It has been the president's fixed intention from the first days of this presidency when he sent warm greetings to the regime and has proved utterly resistant to rebuff, to insult and to glaring failure. Obama is determinedly driving the policy toward the cliff, swerving around one huge blinking danger sign after another.

Iran conspires to blow up a Saudi diplomat -- along with countless others -- in Cafe Milano, a popular Washington, D.C., restaurant? Keep driving.

Iran has repeatedly lied about its secret nuclear weapons development program, as even the U.N.'s Mohamed ElBaradei confirmed? Keep driving.

Iran's Supreme Leader stands before a huge banner at a rally and proclaims, vis-a-vis Iran's plan to become a nuclear power, "America cannot do a damned thing"? Keep driving.

Iran funds and supports the regime of Bashar Assad as it massacres 120,000 Syrians? Keep driving.

Iran promises to replenish the weapons and other supplies lost by Hamas in this latest battle against Israel? Keep driving. (Those weapons included the longer-range M-75 rocket, which has permitted Hamas to hit Tel Aviv and Jerusalem, as well as drones and thousands of rounds of ammunition.)

To what destination? Does Obama imagine that a deal with Iran and loosening sanctions will further world peace? Just last week, his own administration acknowledged that Russia has been cheating on the Intermediate-Range Nuclear Forces Treaty -- since 1987! Does this revelation dim Obama's enthusiasm for arms treaties? Does it sober him up? Not a bit. Obama sent President Vladimir Putin a letter, outlining the cheating and -- wait for it -- conveying that the United States is prepared to engage in "senior-level bilateral dialogue immediately."

Not a strong letter. Not even strong letter to follow. There is nothing to follow -- as the world -- and particularly Iran, knows so well.