Barbarism Is Set Back -- For Now 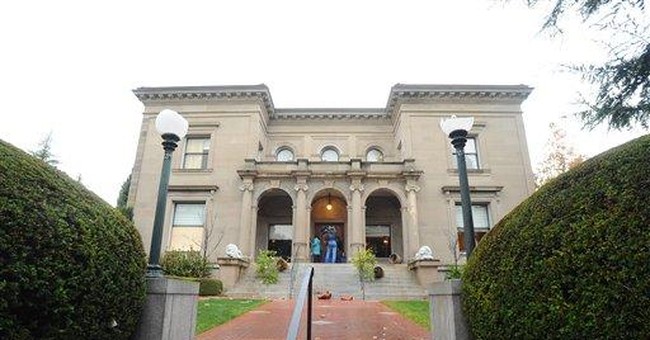 This story has a very troubling start, but a pretty satisfying conclusion -- if it really is the conclusion.

Among the contemptible episodes of student/faculty heckler's vetoes at commencement ceremonies this year (Condoleezza Rice, Ayaan Hirsi Ali, Christine Lagarde and others have been disinvited from leading universities following ignorant and aggressively intolerant protests), one of the most disturbing concerned the treatment of Robert Birgeneau by Haverford College.

Birgeneau is the recently retired chancellor of the University of California, Berkeley. You don't get to be chancellor of Berkeley if you've got the political opinions of, say, Mitch McConnell, and Birgeneau is indeed a liberal in good standing. But revolutions tend to devour their own, and Birgeneau has become the Jean-Paul Marat of liberal academia.

In 2011, Berkeley, along with dozens of cities and campuses around the world, was hit by an "Occupy" encampment. The administration warned the protesters that tents would not be permitted for hygiene, safety, space and other reasons. The protesters disregarded repeated requests to disband and linked arms when police attempted to remove the tents. The police responded with batons.

After Haverford extended an invitation to Birgeneau to address the graduates, a small cadre of zealots wrote to Birgeneau to demand a more abject apology than the one he had already extended. Quoting a lawsuit by the Coalition to Defend Affirmative Action, Integration, and Immigrant Rights and Fight for Equality By Any Means Necessary (yes, that's the actual name), the students asked that he publicly chastise the police, "state that you played an instrumental role in the police actions of November 9" (Birgeneau was in Shanghai), support reparations for those arrested, apologize to those beaten by police, and write an "open letter" to the students of Haverford explaining "what you've learned" and "how your actions have or have not been in line with the values of peace, non-violence, and political participation."

Apparently some at Haverford haven't learned that it's offensive for a bunch of adolescents whose skin has only recently cleared to stand in judgment of a 72-year-old man who has taught physics for decades at leading universities, done research at Bell Laboratories, and managed difficult matters (including handling law-breaking protesters) as the chief administrator of an institution. Birgeneau stood fast against those who sought to boycott Israeli scholars. He seems to be an honorable man. The kids, alumni and professors who signed the manifesto, by contrast, are little pustules of arrogance, puffed up by nothing beyond their own groundless self-regard.

One doesn't expect the students to know this, because most colleges let students choose their courses, but the demand for public apologies has an extremely dark recent history. Around the time this cohort's parents were born, Mao Zedong's China was in the midst of the Cultural Revolution, one of the worst spasms of barbarism and sadism in the history of the world. Children were encouraged to inform on their parents. Intellectuals and class enemies of various descriptions were hounded, tortured, had their property expropriated, and were often beaten to death -- to the approving roar of the mob. Nien Cheng, in "Life and Death in Shanghai," described watching Red Guard youths tossing her precious library into a bonfire in the backyard.

The barbarism began with demands for public apologies. Teachers were forced to acknowledge their "errors" and ask the proletariat's forgiveness. At one of the top secondary schools in Xiamen, a student recalled returning from a swim to hear others shouting, "The struggle has begun!" The Black Book of Communism recorded his account:

"I saw rows of teachers ... with black ink poured over their heads ... Hanging on their necks were placards with words such as 'reactionary academic authority so and so,' 'corrupt ringleader so and so' ... Hanging from their necks were pails filled with rocks. I saw the principal: the pail around his neck was so heavy that the wire had cut deep into his skin ... All were barefoot, hitting broken gongs or pots as they walked around the field crying out: 'I am black gangster so and so.' Finally, they all knelt down ... and begged Mao Zedong to 'pardon their crimes.'"

Haverford is not China, but an educated person would understand the distinct echo of totalitarian savagery in the tone of Birgeneau's accusers.

Happily, after Birgeneau withdrew, former Princeton President William Bowen agreed to address the graduates. Noting that some had called Birgeneau's withdrawal a "small victory," Bowen delivered a stinging rebuke: "It was nothing of the kind ... I regard this outcome as a defeat ... for anyone who believes, as I think most of us do, in both openness to many points of view and mutual respect."

He got a standing ovation.