Is the Trump Justice Department Gambling Away States’ Rights?

Mike Kowall
|
Posted: Jan 04, 2019 1:32 PM
Share   Tweet
The opinions expressed by columnists are their own and do not necessarily represent the views of Townhall.com. 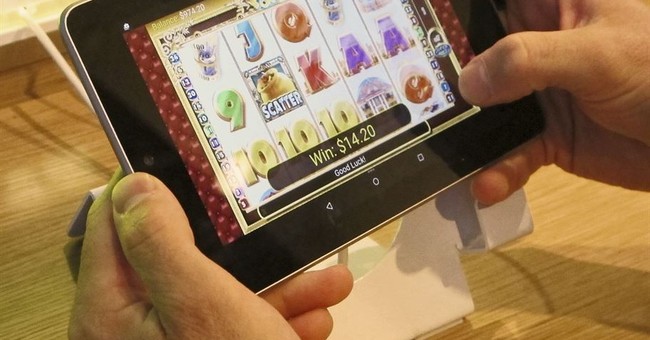 This month, after a long, four-year battle, the Michigan House and Senate finally joined Delaware, New Jersey, Nevada, and Pennsylvania in voting to permit online gambling for residents of the Wolverine State. Although the outgoing governor vetoed the bill last week, I am confident that legalization is just around the corner. As I have argued for years, legalization will turbocharge the state’s economy, creating a larger investment pool for infrastructure and education. Past estimates have shown that it could bring $32 million in tax revenue annually to Michigan’s coffers. Unfortunately, though, the biggest roadblock to the future of online gambling in Michigan appears not to be the state's new governor but an overzealous federal government.

Federalism has been enduring a slow death throughout the U.S. political scene for years now, and it appears that state legalization of online gambling could soon be next on the chopping block. The Trump Department of Justice is reportedly preparing to issue a memo that will argue an old law called the Wire Act represents a de facto federal ban on online gambling altogether.

This interpretation of the law is interesting, to say the least, and it is likely only being considered due to the lobbying efforts of one hefty Republican political donor who happens to own a brick-and-mortar casino.

Regardless of what the revisionist historians say, though, it is clear that the Wire Act does not prohibit online gambling. It only came into place in the 1960s to help curtail the power of the mafia, which had a lot of money and influence in sports betting at the time.

Then-Attorney General Robert Kennedy, the brainchild of the law, was clear on this point; one which then-Assistant Attorney General Herbert J. Miller emphasized when he told the Senate that the bill was “limited to sporting events or contests.” The Justice Department recognized this in 2011, which is why it allowed the states to begin legalizing the practice on their own.

The DOJ re-interpreting the Wire Act in the broadest sense possible today, without regard to legislative history, the actual wording of the statute, or its creators’ testimonies to Congress would be recklessly irresponsible and an assault on states’ rights. Beyond that, though, it would cut completely against the grain of Kennedy’s original mission, which was to stop the mob and other bad actors.

Today, the real question is not whether online gambling should exist; it is who should control it and under what parameters. The genie is already out of the bottle. Residents like those I represented in Michigan are already gambling at unregulated, offshore online sites. Should policymakers continue to allow constituents to be put at risk, or should they work to create a safer, legal marketplace, benefiting not only those who bet online but also the state at large, which will bring about tens of millions more in revenue each year to care for the needs of the citizenry? The choice is a no-brainer.

Officials within the Trump administration like Chief of Staff Mick Mulvaney are right when they suggest that technology and self-regulation wipe away any basis of a Commerce Clause argument to justify a sweeping federal ban on the online gambling industry. Hopefully, advocates of federalism like Mulvaney will stand up for the Tenth Amendment and ensure that the Justice Department doesn’t stomp out states’ rights. State officials have a better, more precise understanding of what is best for their constituents than any federal bureaucrat ever will.

Mike Kowall represented Michigan’s 15th District in the Michigan Senate from 2011-2018, where he also served as Majority Floor Leader. He served in the Michigan House of Representatives from 1998 to 2002.