Mike Adams
|
Posted: May 28, 2019 12:01 AM
Share   Tweet
The opinions expressed by columnists are their own and do not necessarily represent the views of Townhall.com. 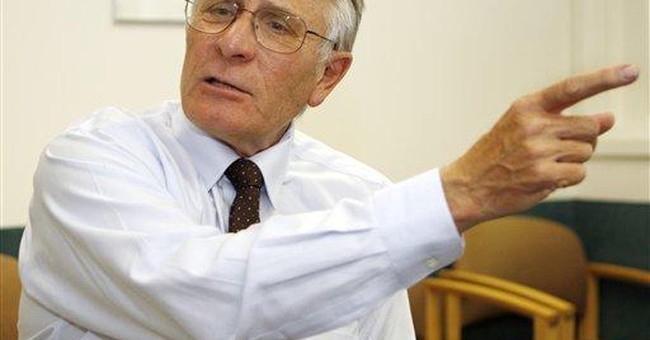 Several days ago, I saw a headline come through my Facebook feed that was so absurd I assumed it was satire. Unfortunately, the headline that read, “Pregnancy Kills, Abortion Saves Lives” was real. It was from a New York Times op-ed written by late-term abortionist Warren M. Hern. Dr. Hern is the author of a book called Abortion Practice, which I read in January of this year as I prepared to debate another abortionist named Willie Parker.

I had decided to read Hern’s book because he dedicates an entire chapter to describing in detail how to perform abortions. He focuses his rather graphic descriptions on procedures performed between 6 and 24 weeks gestation. This was perfect preparation for my debate with Parker who performs abortions between 6 and 25 weeks gestation.

Much of what Hern describes pertains to specific stages of pregnancy. But he initially offers some descriptions of surgical problems that are common to different stages of gestation. This is a general description of how dilation and evacuation (D&E) procedures deal with the problem of evacuating the head of the unborn, given its disproportionate size relative to other body parts:

“As the calvaria (skullcap) is grasped, a sensation that it is collapsing is almost always accompanied by the extrusion of white cerebral material from the external os (bone).” P. 142.

Although graphic, I would come to appreciate learning the details in Hern’s account. It was certainly helpful in my debate with Parker (which you can view here). In the cross-examination portion of that debate, I questioned Parker about a passage from a Supreme Court case in which Justice Kennedy claimed that D&E abortion cause the fetus to “bleed to death as it is torn from limb to limb.” Parker said that Kennedy’s statement was “not medically inaccurate.” This was the kind of denial I was expecting from Parker.

In response, I was able to read from Hern’s book to rebut any charges of medical inaccuracy as I tried to show the gruesomeness of the procedure. In addition to specifically describing skull crushing, the book shows that it is accurate to refer to D&E abortion as an act of human dismemberment:

Some abortion doctors try to deny that such dismemberment ever occurs. In Parker’s case, he had also been defensive in response to Jesse Lee Peterson, an interviewer who asked about pulling body parts out of women. Parker had actually suggested that all he ever used was a suction tube. But Hern’s book proves that suctioning is no longer possible in the second trimester:

“At 14 weeks fetal age, tissue is more likely to become lodged in the cannula (suction tube). When this happens, it is a good procedure to put the suction tip aside and proceed with the forceps.” P. 147.

The mechanics of killing innocent human beings doesn’t get any easier as pregnancy advances. One begins to understand why these hired killers charge more to abort in those later stages. As the unborn reaches the point of viability, things get particularly difficult:

“The procedure changes significantly at 21 weeks because the fetal tissues become much more cohesive and difficult to dismember.” P. 154.

“A Long curved Mayo scissors may be necessary to decapitate and dismember the fetus.” P. 154.

“An eight-inch curved Mayo scissors is used to dissect fetal tissue a little at a time.” P. 156.

Re-read that last quote and reflect upon Hern’s admission that abortion does, as a matter of scientific fact, involve the slow and methodical cutting up of innocent human beings.

For the record, Warren Hern does not always rely on a “Mayo” when he slowly and methodically cuts up innocent human beings. Sometimes, he uses an instrument called the “Hern.” Can we all just agree that when you start naming instruments of dismemberment after yourself you’ve entered into a special realm of evil? Just imagine a showerhead named the “Hitler.”

All of this medical detail pretty much puts the lie to the “abortion saves lives” portion of the New York Times’ headline. Given the additional fact that the maternal mortality rate is only about 20 per 100,000, perhaps a more accurate headline would have read:

But, after all, we are dealing with abortion and the New York Times. Accuracy is never really an issue.