Saul In a Day's Work

Mike Adams
|
Posted: Apr 10, 2018 12:01 AM
Share   Tweet
The opinions expressed by columnists are their own and do not necessarily represent the views of Townhall.com. 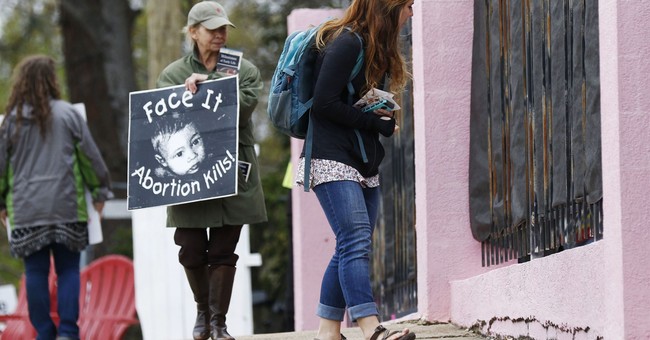 I just finished reading Life’s Work: A Moral Argument for Choice by Willie Parker. He is probably the most efficient killer of innocent human beings currently roaming the streets of America. Despite this, he claims to support ObamaCare, in part out of a desire to make contraception more available and thus prevent “untold numbers of abortions.” This is difficult to fathom coming from a man who profits so richly from the abortion industry. On some days, he performs abortions on 50 pregnant women. He refers to those days as “procedure days.” He refers to the procedures as “abortion care.”

Why does Willie Parker abort so prolifically? He claims it isn’t for money. He says it is a calling from God. In his own words, Parker tells us “I believe that as an abortion doctor I am doing God’s work. I am protecting women’s rights, their human right to decide their futures for themselves, and to live their lives as they see fit. Today, as I write this, access to safe and compassionate abortion care is under unprecedented threat, most often from people who call themselves Christians.”

Your eyes are not deceiving you. You did not just read a misquotation. Willie Parker actually thinks that killing dozens of innocent human beings in a single workday is “doing God’s work.” To make matters worse, he actually thinks that if you stand in the way of his killing of the unborn then you are not a real Christian. You are merely an imposter. You are one of those people who merely “call themselves Christians.”

Of course, it was not always this way. Willie Parker was once hesitant to perform abortions. But he claims that was when he was younger and less mature. Later, Parker had a “come to Jesus moment” calling him to perform abortions. He claims it was after he “matured” in both his “faith” and “profession.”

Once again, your eyes are not deceiving you. It’s all right there in his book. Softly and tenderly, Willie hears that Jesus is calling him into the abortion clinic. And Willie is responding with increased fervor. In fact, since Jesus called him to abort all the little children no one wants, Willie says “I have been working as an abortion provider for more than a dozen years with increasing energy and focus.” (The emphasis is mine).

But at least Willie Parker doesn’t think he is Jesus. Willie is much more humble than that. Instead, he thinks he’s more like the Apostle Paul. Parker states that since becoming an abortion provider in 2002, he fills the gaps in his schedule by “traveling the country like a twenty-first century Saint Paul, preaching the truth about reproductive rights, because I have come to see that I’m the one, as the saying goes, that I’ve been waiting for.”

(At this point, I’m going to go out on a limb and assume that Parker is probably suffering from narcissistic personality disorder. Once someone proclaims, “I’m the one that I’ve been waiting for” no second opinion is generally required).

Of course, one of the benefits of narcissistic personality disorder is that you get to talk a lot about yourself. And that includes talking about how persecuted you are. So if you have never been beaten, jailed, or stoned, like the real St. Paul, you have to use your imagination and at least predict that bad things will happen to you.

Parker does that in his book, and he cites some pretty impressive statistics. He states that since 1973 eleven people – four of them doctors – have been “assassinated” for working in abortion clinics. There is no mention of the fact that these people worked in an industry that has killed 56 million innocents.

Parker recorded those numbers in 2017, 44 years after Roe v. Wade. So the math is pretty simple for those wishing to assess the risk of being a provider of “abortion care.” Approximately once every four years someone working in the abortion industry is killed. By contrast, Willie Parker is much more efficient. He admits that he is able to perform at least two-dozen abortions between 6:30 a.m. and noon. That translates into a conservative estimate of thirteen minutes and forty-five seconds per abortion.

Let’s take this home and put things into perspective by contrasting the efficiency of Parker and his vigilante adversaries: Whereas vigilantes in the anti-abortion movement take 44 years to kill eleven human beings, it takes Willie Parker about two and a half hours.

Of course, this does not bother Willie Parker. In the very first chapter of his book, he assures us, “I am sure of the righteousness of my path.” But how far along the path of righteousness has Parker traveled? How many thousands has he killed? And how many millions has he earned aborting in the name of “Christian compassion?”

These questions will be answered in the next installment.

Joe Biden Proves Once Again Why He Isn't Fit to be President
Townhall
CBS reports breaking news about the Dems' 'Inflation Reduction Act' (Shocker: 'They waited to report this until after it passed')
Twitchy
Random Act of Journalism: Karine Jean-Pierre Gets Called 'Orwellian' During Interview
Redstate
Yes, They're Going to Arrest Donald Trump. Deal With It.
PJ Media