Mike Adams
|
Posted: Feb 06, 2018 12:01 AM
Share   Tweet
The opinions expressed by columnists are their own and do not necessarily represent the views of Townhall.com. 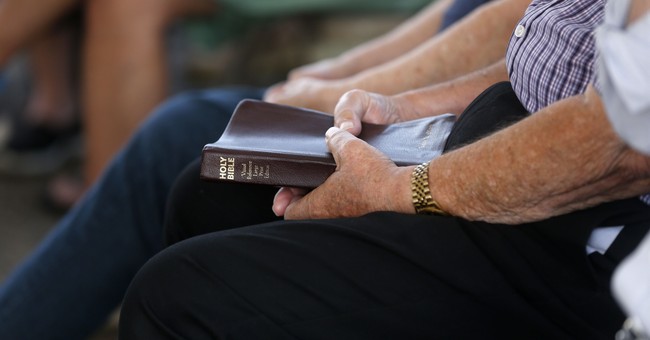 Last week, I ran a column urging pastors to do more than simply tell their congregants to be bold in their faith. I also urged pastors to be specific by taking a stand themselves on specific issues. The example I gave was defending the unborn. In the process, I suggested that pastors needed to teach congregants how to defend the unborn from a scientific and philosophical perspective. This provoked several angry emails from Christian readers who insisted that we need to defend the unborn solely from scripture. I write today in response to those misguided critics.

My pro-life Christian critics understand why human life has value. The fact that we are made in the image of God makes us all valuable from the point of conception. There is simply no need to explain this to someone who is truly seeing the world through the lens of a Christian worldview. But Christians sometimes need help understanding how pro-abortion choice advocates view the world. I can help to do that because I work with such people daily.

Put simply, the pro-abortion choice advocate is usually a secularist who believes that human beings are the ones charged with assigning value to other humans. In other words, they think our rights come from man rather than God. This position creates a necessary tension with one of the secularist’s other professed values. Christians need to know what those values are before they engage important issues with these secular opponents.

To be sure, the secularist professes allegiance to a number of different values. But two of them are of specific relevance to the debate over abortion. One is the commitment to science as a means of advancing the human condition. The other is the outcome of human equality as the ultimate goal or end of advancing the human condition. In a nutshell, the secularist wants to use science to advance mankind, but only if we are equally situated after all is said and done.

The secularist’s professed love of science provides pro-lifers with a rare opportunity to destroy the opposition on their own playing field by appealing to scientific consensus. It is true that scientists are in disagreement about a number of things. The existence and extent of global warming provides a salient example. But there is no lack of scientific consensus on the issue of when life begins. You simply cannot find a credible embryology textbook that disputes the fact that life begins at conception. Yet somehow the Bible thumping pro-life fundamentalist insists on avoiding the strongest argument against abortion in the eyes of the very people he seeks to influence. He would rather re-read his Bible than take the time to look at an embryology textbook. This is the height of arrogance and intellectual laziness.

The importance of emphasizing science becomes obvious when we recognize that the vast majority of pro-abortion choice arguments are question begging. In other words, they simply assume what they are trying to prove – namely, that the unborn is not human. For example, when they say abortion should be “safe, legal, and rare” they assume abortion does not kill a living human being. Otherwise, they would not casually assert that it should be “safe” or “legal.” Similarly, when they argue that we should not force women to bring “unwanted children” into the world they are implicitly proposing abortion as a means of reducing child abuse. But abortion only reduces child abuse if you assume that the entity aborted is not a human child.

By relying upon science, the pro-lifer forces the pro-abortion choice advocate to either admit that abortion intentionally kills an innocent human being or abandon his sworn allegiance to science. Ultimately, he must do the former. Thus, he is forced to find a philosophical reason for allowing abortion despite the fact that science tells us it kills a developing human being. These philosophical justifications are dangerous to the pro-abortion choice advocate because they pose a threat to his stated value of human equality as the end of advancing the human condition.

Of course, every pro-lifer has heard these philosophical justifications. But few take the time to stop and think about their implications. I recall the example of the feminist who told me she was insulted by my suggestion that a “mere fetus” had the same value as she did - even when it was “as small as a raisin.” But by suggesting that the value of life varies with body size she was undermining her case for feminism. Clearly, women are smaller than men on average. Therefore, her argument that smaller humans are less valuable translates into a case for male superiority.

Another obvious example is the argument that the unborn are less valuable due to the fact that they are less developed. This offensive logic could be used to argue that killing a college graduate should be punished more severely than killing an illiterate. Or that killing the illiterate should be punished more severely than killing someone with Down syndrome. Such brazen arguments cannot be squared with the secularist’s commitment to social equality.

Finally, those who posit dependency as a factor reducing the value of human life run into similar problems. Those who view the unborn as “parasites” toy with a dangerous idea. If accepted, others might use this mindset to purge the welfare rolls through the means of mass murder. Such a position cannot be squared with the secularist’s commitment to socioeconomic or racial equality.

Meanwhile, the pro-lifer must decide whether he will continue thumping his Bible or whether he will learn to master the arguments that exploit his opponent’s weaknesses.