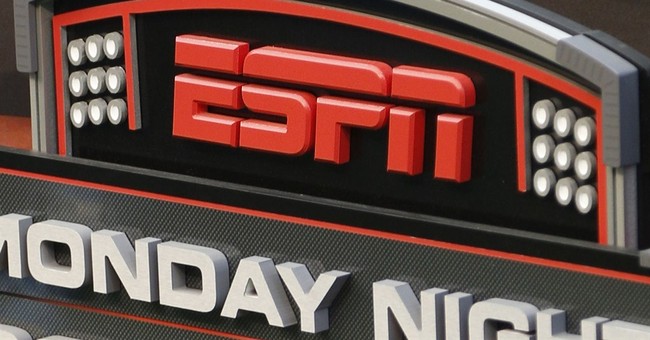 Watching ESPN is painful these days. What used to be a good sports channel is now a platform for bad pop sociology and “progressive” political commentary. The commentary was in full force recently as I watched a sports commentator try to explain how the riots in Baltimore were a function of socio-economic factors. He had it wrong from the beginning. The cultural disintegration that is happening in Baltimore – and, indeed, all around the country – is not due to a lack of money. It is mainly due to a lack of education – or, to put it more bluntly, willful ignorance.

There is a reason why you hear so many class warfare sermons from television sportscasters: Many sportscasters used to be academically unqualified athletes who had to major in sociology in order to survive academically. When these athletes were in their sociology classes, certain subjects were taboo. Here are five rather obvious examples:

1. Abortion and Race. Although only 12 percent of the population is black, 37 percent of aborted babies are black. In fact, more blacks are aborted every week than have been lynched in the entire history of the United States of America. The prevalence of abortion has a ripple effect on the black community. It makes it easier for men to have sex without commitment to women and children. This weakens the family, decimates the average household income, and paves the way for big government.

2. Business ownership and race. People often talk about buying minority votes with welfare. But the welfare checks don’t stay in the hands of blacks for very long. They are soon cashed and spent in businesses in black communities. But members of different minority groups own most of the businesses. So the money quickly leaves the black community. The obvious solution is that blacks need to turn to entrepreneurship rather than government to strengthen their communities.

3. Crime. Blacks are far more likely to be victims of crime than whites. But focusing on the occasional white-on-black crime diverts attention from the fact that about 80 percent of all crime is intra-racial. In other words, about four out of five crimes committed by a black citizen are committed against another black citizen. Of the remaining 20 percent of crimes that are inter-racial there are far more black-on-white crimes than white-on-black crimes. This is despite the fact that whites vastly outnumber blacks in the general population.

The prevalence of serious crime in the black community has serious economic consequences. Putting men in prison means taking them out of the workforce. When men aren’t paying the bills, big government steps in to become the family provider.

4. Dependency. By wildly exaggerating the extent of white-cop-on-black-citizen crime, reporters and academics make black citizens unduly distrustful of the police. This means that black citizens are more likely to tolerate crime as it infiltrates their communities. This is why drug dealers and drug-related gangs are able to operate in plain sight in many housing projects and in other poor black residential areas. In neighborhoods where drug dependency increases, lawful employment decreases. When this happens, big government fills the void. Thus, a community’s drug dependency is a major predictor of its government dependency.

5. Fatherlessness. Just about every negative social outcome is directly and strongly related to fatherlessness. Whether you are talking about unemployment, illiteracy, crime, or drug dependency, the absence of a father is a principal driving factor. Before big government started subsidizing illegitimacy, most black kids were raised in two parent households. Now, broken homes are the rule in the black community, not the exception. This explains why blacks keep falling further behind other minorities.

By contrast, in the Asian community where illegitimacy is the exception, rather than the rule, crime is lower, educational attainment is higher, and business, not government, is seen as the road to success.

It is sad to see unemployed black men marching in the streets of Baltimore with signs reading, “Racism is the problem, revolution is the answer.” It is also disappointing to see black sportscasters sitting on national television giving lectures based on 19th century Marxist ideology, rather than 21st century economic reality.

Imagine if college athletes studied legitimate academic disciplines like economics. Later, they could seek employment as educated sportscasters performing a legitimate public service. Instead of legitimizing the mobs, they could teach the masses the obvious: Ignorance is the problem and basic economic education is the answer.