A Comma Dean of Errors 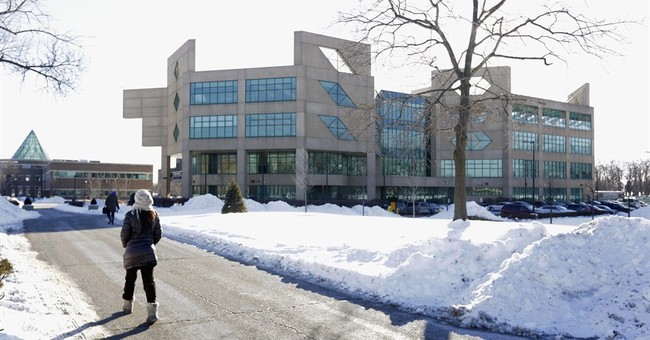 Author's Note: The fight for student’s rights continues. The series is stretching out longer than anticipated but you will want to keep reading. There's some good news at the end of the road.

After laying the groundwork in my previous correspondence, I finally have an opportunity to respond to the sweeping claim that UNCW's student affairs division treats student groups equally, regardless of their political viewpoint. I will also respond to the Dean's claim that there are hundreds of student groups on campus that have been approved without any difficulties whatsoever. That claim suggests that those who are not approved have somehow failed to comply with university policies and procedures. The contrary evidence I will present will demonstrate that there has been a pattern of misconduct in the Dean's office extending over a period of more than a decade.

Let us start by going back to the first letter I wrote to you. We can learn something by focusing on just one of the groups in question, the Second Amendment Club. I have a special interest in this club because I am their advisor.

- The administrator doesn't like the fact that we have the word "sixty" in our application. He prefers that we use the numerical "60."

- The administrator doesn't like the fact that one of the sentences in our nine-page typed single-spaced application has two periods. He wants that second period removed before we become an official organization and reclaim some of the student activity fee money being used to pay the salaries of the document approvers in the Student Affairs division.

I won't bore you, Chancellor, because there were literally scores of these unnecessary cosmetic changes, which were suddenly brought to our attention in the seventh month of the application process - as we rapidly approached the deadline to received SGA funding as an official student group.

With all these new suggestions we were still given a chance to go all the way to the university student club approval committee so we could have our shot at official recognition – almost seven months after beginning the application process. But, predictably, we ran into a new set of concerns after the committee had a chance to look over our application. Here are some choice examples:

-The committee found an apostrophe before an "s" that should have been after an "s." In other words, the student affairs document inspector missed a typo in all his previous proof readings of the document.

-The committee decided it didn't like that we use a hyphen in the word "late-comers." They prefer "latecomers." Too bad we were not told of this preference at any time previously in the seven month approval process. I guess they are late-deciders.

-They also found a sentence that should have had a comma. I guess the committee caught the official document approver sleeping on this one. Maybe he was comma-tose when he was proof-reading (or is proofreading just one word?).

-They also didn't like it that we had an official club officer called a "gatekeeper." They wanted us to call the officer something else. I suggested we call him gate-keeper, just for kicks.

-Then they found another comma missing. Next, they found another apostrophe missing. Good thing we are paying the salaries of these committee members to find all the typos that are missed by the official document inspector. But why are we paying that guy's salary? And why can't he do a better job of spotting all these typos - especially if that's his official responsibility?

After finding all these typos, the committee did something gracious. They gave us another chance to resubmit the application to the university administrator who missed all the typos. Yippee! They even sent us an email saying "congratulations! You're getting an extension!"

I'm not kidding, Chancellor Miller. They actually congratulated us on getting a chance to head into our eight month of reapplication. And they actually used exclamation points in their email. They could not contain their excitement! I thought about writing back with a few “XOs” to express my heartfelt appreciation. But I couldn’t decide whether it was proper to say “heart-felt” or to say “heartfelt” instead.

Dean Walker wrote to you earlier defending his office's handling of student groups. In that defense, he gave a description of the UNCW student group approval process. It was inaccurate. Here’s what the process really looks like:

1. Make the student group application so long that there are guaranteed to be spelling and grammar errors.
2. Don't say anything to students about any grammar errors until several meetings have occurred.
3. Only reveal a few grammar errors per meeting in order to justify more meetings with the administration.
4. When doing revisions, add in wording preference recommendations that are not actually grammar or spelling recommendations with a “right” answer.
5. Repeat step four until the date has passed for student groups to apply for SGA funding.
6. Inform students that they are ineligible for SGA funding.
7. Respond to any outside inquiries about intentional obstruction of student group applications with some sort of internal investigation.
8. Declare the administration innocent by insisting that the non-approval of clubs is not about speech but instead about words – and hyphens and commas, too.
9. Make sure that the outside investigators who are looking into the dean’s treatment of the SAE fraternity get copies of all self-investigations by administrators declaring themselves to be innocent.

Of course, there is another step in the process that is both unwritten and unintended:

10. Lose all credibility as an institution that respects viewpoint diversity and cares about its students.

Chancellor Miller, I know what you're probably thinking. While it looks like these constant revisions are merely a pretext for denying the group, it isn't conclusive. The administration doesn't actually tell them that their beliefs are the problem. So where is the smoking gun? (Please pardon the gun pun and the crime rhyme).

Fortunately, I have two more cases to share with you. In both cases, student affairs did identify the applicants’ beliefs as an obstacle to granting them official recognition. In both cases, the groups were conservative in nature.

Postscript: One hour after completing this column, the university finally capitulated and recognized the Second Amendment Club. The author wishes to thank those who read this series and took the time to write to Chancellor Miller. Dr. Adams is relieved that he can now go back to teaching his classes and doing research instead of doing the chancellor's job for him.

Bill Maher's Take on the Supreme Court and Abortion Will Probably Shock You
Matt Vespa
Former Fed Chairman Rips Biden's Plan to Redistribute Student Loans
Katie Pavlich
What's Interesting About the Rolling Stone Reporter Who Says Buffalo Shooter Is a 'Mainstream Republican'
Matt Vespa
What's With All These Democrats Stroking Out All of a Sudden?
Matt Vespa
Republicans Continue to Draw Contrast Between Democrats, Including with Hispanic Outreach
Rebecca Downs
An Increasing Number of Americans Believe ‘Trans Acceptance’ Has Gone Too Far