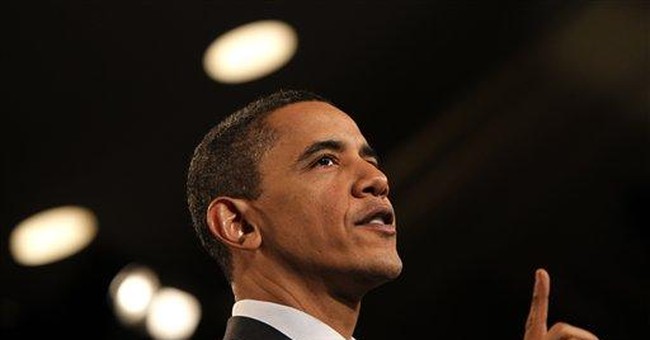 I am in receipt of your recent email asking for my help in urging Representative Mike McIntyre (D-N.C.) to vote to “move health reform forward as early as next week.” I am stunned you would choose to end the first paragraph of your email with the following gross misrepresentation:

“Your representative, Rep. Mike McIntyre, stood with the President to create as many as 3.9 million jobs with the Recovery Act, and deserves our thanks. Now, it's important to make it clear that the voters back home stand with President Obama and want health reform.”

That statement is stunning for two reasons.

First, as we now know, Representative McIntyre supported a bill that did not bring about a net increase in jobs. We were promised that the unemployment rate would not rise above 8% if the bill passed. Instead, it went up to 10%. As you know, 10% is higher than 8%. And, just last month, as a direct result of the spending, we saw a one-month deficit of nearly 225 billion dollars. I think it can be fairly stated that Representative McIntyre’s support of Obama hurt young constituents in the short term and in the long term.

Second, we (the “voters back home”) simply do not stand with the President on health care. We have responded to public opinion polls in ways that make this perfectly clear. But President Obama simply does not support democracy – not in Iraq, nor in America. He is asking Representative McIntyre to be an accessory to legislative rape. And by emailing me today you are asking that I become an accessory to legislative rape, too.

Mitch, your records are correct – I do live in North Carolina's 7th congressional district. I want to thank you for letting me know I can reach Representative McIntyre at 910.815.4959. I just called to let his people know that he will be ousted from office if he decides to support the president on health care. I also used your link to let BarackObama.com know the President’s defeat is imminent.

I noted with great interest that in the closing lines of your email you spoke of “reining in costs that are bankrupting families and crushing businesses.” But you utterly fail to understand that it is government, not the private sector, that is bankrupting the American family and crushing, not just jobs, but entire businesses and industries.

Nancy Pelosi says that health reform is a moral issue. It is. And I am glad to hear her lecture on moral issues. I haven’t heard a decent moral lecture from Pelosi since the fall of 2006. Then, she lectured my party on its failure to rein in Representative Mark Foley of Florida. She said then that the GOP “just doesn’t get it” and that we are completely “out of touch” for an alleged failure to adopt a zero-tolerance policy on sexual harassment – or in this case hisassment.

But as I turn the channel I see former Representative Eric Massa confessing to groping staffers in a drunken stupor – in public no less. I’m not exactly tickled blue as I recall Nancy Pelosi saying (of Foley) that members of Congress should be held to a higher moral standard. But I must confess that I’m looking forward to Massa’s new book – “The Audacity of Grope” – which, hopefully, will outsell Pelosi’s most recent moral treatise.

It hardly comes as a surprise that just after Massa confessed his homoerotic drunken "tousle" on national television we learn this little gem: Numerous servicemen have accused Massa of groping them while serving in the U.S. Navy.

In all likelihood, Nancy Pelosi has known about Massa’s behavior for quite some time. But she could not comment on such conduct at a time when liberals are trying to convince us there’s nothing wrong with letting gays serve openly in the military. Nancy knows when it’s time to push legislation, regardless of public support - especially when it represents an “important moral issue.”

I found myself flipping through the channels to get away from all the madness after the obviously gay ex-congressman Massa starting suggesting that his political opponent Rahm Emanuel is gay – and somehow guilty of touching people inappropriately in a state of total nudity. But all I found was a rant from an obviously mentally unstable and intoxicated Patrick Kennedy.

Listening to Patrick Kennedy lecture the press on its failure to cover important issues – instead of the Massa groping controversy – does not inspire confidence in the potential of Democrats to pass “moral” health care legislation. But I must admit that Kennedy had a point about Eric Massa. There’s no evidence he drove anyone off a bridge after he finished fondling his staff.

At any rate, the best thing Mike McIntyre can do is to leave the party of slavery, segregation, and affirmative action for a party that offers true moral guidance. The ballgame is over and the Democrats are finished. It’s time to come home and take a long cold shower.