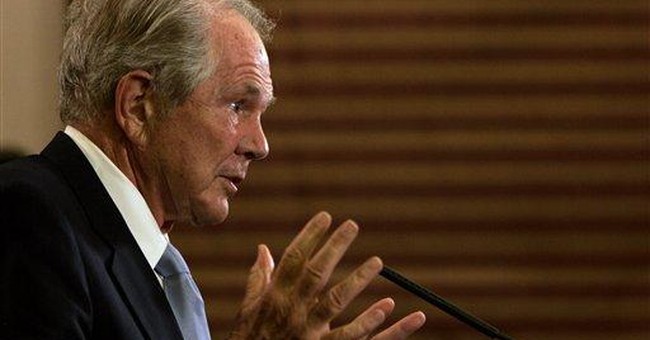 I work with a number of anti-Christian bigots at UNC-Wilmington. But few are as angry and irrational as Gary Faulkner – a leftist “non-theist” who shows (publicly) why sociologists are considered by so few people to be legitimate scientists.

Faulkner’s defenders have complained bitterly about the use of his name in one of my previous columns. But since Faulkner has attacked other members of our university community – specifically, a conservative member of our Board of Trustees – in his Letters to the Editor, he must play by the rules he has already established. Plus, Christian students need to be warned in order to avoid Faulkner’s classes.

The contents of Faulkner’s most recent Letter to the Editor are reproduced below in their entirety – in order to avoid accusations that I am taking Faulkner “out of context.” My remarks are interspersed in order to add a degree of levity and intelligence to the situation:

“I noted with interest the comments of the conservative pundits on the tragic earthquake in Haiti. Pat Robertson's appalling take on the situation claims that the Haitian people are in a sense getting their comeuppance for supposedly ‘making a deal with the devil’ to gain their independence from France centuries ago.”

Faulkner here plays a game that reveals his fundamental nature as a bigot. By identifying the dumbest remark by a conservative Christian – in connection with the tragedy in Haiti – he attempts to lead readers to the conclusion that all conservative Christians are equally stupid. This is sort of like the MSM going to an annual NRA convention and only interviewing people without teeth.

Faulkner once wrote a Letter to the Editor of the same paper in which he criticized hunters in Alaska for shooting wolves from helicopters. This was done because packs of wolves were attacking the moose population in Alaska. Rather than seeing it as unfair to the moose - that they were attacked by packs of wolves - Faulkner sympathized with the wolves. The problem of course, is that if the wolves do not die then the moose will. If the wolf population is not controlled then people in Alaska will have nothing to eat.

Faulkner, after sympathizing with the wolf over the human, then, in the same letter, took a shot at Sarah Palin for her opposition to abortion rights. So Faulkner supports the sanctity of wolf life over the sanctity of the starving human or the unborn fetus.

Gary Faulkner’s remarks are so twisted that it would simply be unfair to assume that all liberals are suffering from similar moral and intellectual hernia. Only a bigot would assume that of the average liberal.

“And, of course there is the ever-present Rush Limbaugh's asinine analysis. He argues that this tragedy fits ‘right into Obama's hands.’ Obama will use this for partisan political gain!”

I believe Rush Limbaugh is on to something when he suggests that liberals will exploit anything for political gain. In the fall of 2008, Faulkner wrote a Letter to the Editor urging people to vote for Barack Obama for president. Among many of his reasons was that John McCain’s wife once had an addiction to prescription drugs. Ever since Gary Faulkner stooped to that level he has had, in my view, no moral authority as a public commentator.

“Far be it from me to suggest they might be using this tragedy to up their TV ratings. Do (conservative Christians) actually side with these two? ...”

I do side with Rush Limbaugh even though he doesn’t have a TV show. And, for the record, it was Rahm, not Rush, who said we should never let a good crisis go to waste.

“In the meantime, I recommend they do what they do best - pray. Go off to church Sunday and pray like crazy. Pray for the good Lord to see fit to somehow reverse what has happened to these poor Haitian people, or explain it, or do something honorable.

Gary is becoming unhinged in this paragraph. What we really need are groups of feminists chanting “Vagina! Vagina!” If it can empower the feminists then certainly it can bring stability to Haiti!

“Meanwhile, we non-theists will do what actually works. We will support the sciences that are striving to understand and predict earthquakes; support improving construction technology; and liberally donate goods and services to the Haitian people, these souls who are suffering and have suffered far too long. And do it in silence, with caring, and respect.”

It strikes me as fascinating that Gary Faulkner boasts in public about donating “liberally” and then, in the next sentence, claims he is doing so in silence. It really takes a PhD to say something that stupid.

Faulkner’s status as a “non-theist” suggests that his sense of moral superiority is merely subjective and lacks any independent objective basis. It also lacks any empirical basis. World Vision – a Christian organization – is leading the way in the relief effort in Haiti. That should come as no surprise. Christians are at the forefront of every relief effort in the wake of every major tragedy.

Gary Faulkner is more than simply uninformed. He is loud, uncaring, and disrespectful towards Christians. But that doesn’t mean we should throw him to the wolves.